Watch your favorite sport at these recommended venues

Japan has invested heavily in their sporting stadiums over the last couple of decades. The country hosted the 2002 World Cup along with South Korea therefore built a number of new venues which were used for the event.

In September 7, 2013, Japan was chosen as the host nation for the 2020 Olympics. The country will therefore be spending more money over the next four years to make sure they have the right facilities and stadiums available to welcome the best athletes from around the world.

Here is a look at three stadiums you must plan to visit in Japan in the near future if you enjoy watching sport.

The Koshien Stadium was once the largest stadium in Asia when it was built in 1924. It is home to the Hashin Tigers who compete in the Central League of the Nippon Professional Baseball.

There is no finer stadium to watch baseball in Japan. If you are lucky enough to see a game here when the Tigers have advanced into the Japan Series, the stadium will full and the atmosphere will be rocking.

When you are outside the Koshien Stadium, look out for the plaque which commemorates the legendary baseball player Babe Ruth who played an exhibition game here in 1934.

The International Stadium Yokohama has the highest seating capacity of any sports venue in Japan. The Stadium has a total of 72,327 seats and was the venue used for the 2002 World Cup final where Brazil beat Germany 2-0 to land their fifth success in the tournament, and will also play host to the final at the Rugby World Cup 2019.

The stadium is now the home of Yokohama F. Marinos who compete in the J-League, the top professional football division in Japan who finished 10th in the league last season. They were recently in action at home when they took on Gamba Osaka in the Japanese Emperor's Cup.

If you are looking to pay a visit to the stadium in the near future, bear in mind the venue will be used at the 2019 Rugby World Cup, 2020 Summer Olympics and the Japan national football team can be seen playing qualifying matches here for the 2018 World Cup in Russia.

For those not interested in seeing any sport here, the stadium is also used for a number of high profile music concerts. These sell out very fast though so you have to be quick to pick up tickets.

You might have a wait for another few years to see the National Olympic Stadium as the original multi-purpose stadium, used at the 1964 Olympics, was demolished last year with plans in place for a new 68,000 capacity venue.

The new stadium will be used for the 2020 Olympics where the eyes of the world will be on Japan who will be hoping to follow London and Rio as the last hosts of the competition.

The opening ceremony and closing ceremony will both be at the National Olympic Stadium as will all the athletics events from the 2020 event, including the 100m men's final.

Japan is not only set to host the 2020 Olympics, they have also been awarded the 2019 Rugby World Cup. This is a sign of the trust being shown in Japan as it is now a nation trusted to put on a great tournament and have the facilities to do the event justice. 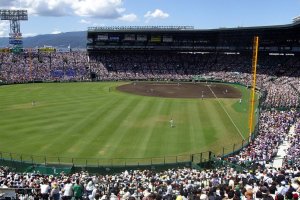 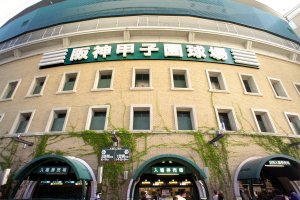 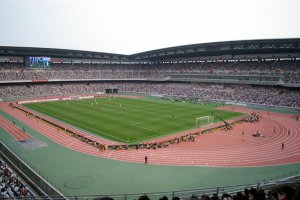 Justin Velgus 4 years ago
Not only large and impressive, all these stadiums have quite a history! Great info.
Reply Show all 0 replies