A tale of black and white at Japan's top castles

Whilst hundreds of castles exist throughout Japan, the most popular castles are typically the greatest when it comes to scale, age and architectural prowess. Step forward two of Japan's most loved castles in Himeji Castle (Hyogo) and Kumamoto Castle (Kumamoto) – considered some of the best examples of a defensive fortress that can be seen in Japan today.

They both represent different styles too, with Himeji's white elegance a stark contrast to Kumamoto's fearsome black exterior. Here we explore each castle in greater detail, as well as discover the best of what the surrounding cities have to offer.

In central Japan's Hyogo prefecture, Himeji Castle has stood tall for over 400 years. Unlike many of Japan's castles, Himeji Castle is an original and, along with the castle grounds, has been well preserved over the years. It was the first location in Japan to be awarded UNESCO World Heritage status back in 1993 and is a designated national treasure. It is also known as the 'White Heron Castle' for its white external appearance and beauty and is one of the largest castles in Japan.

The castle grounds comprise numerous keeps, towers and gates throughout, with the 7-floor Main Keep (Daitenshu) the main draw in the heart of the complex. There is a huge range of distinctive architectural and technological features to delight visitors that truly showcase Japan's historical excellence in wood craftsmanship and artistry at the time. From the decorative bargeboards used in roof construction to Hongawarabuki-style tile-roofing, or myriad defensive features such as uniquely shaped loopholes and fan-shaped stone walls, the secrets and subtle curiosities of Himeji Castle are vast and impressive.

Visitors can enjoy a tour of the original structure across its 7 floors, as well as countless photo opportunities to be found around the castle grounds. Some of the best include the Nishi-no-maru vantage point to the south west of the Main Keep, and the Bizen Maru ‘courtyard’ towered over by the main keep.

Visitors to Himeji have so much more to see though – including:

Kumamoto Castle was built in 1607 by daimyo Kato Kiyomasa, a strong tactician and proven warrior, who designed the castle to be a defensive fortress and impregnable to opposing forces. Some of its defensive features include sloping Musha-gaeshi castle walls that were hard to scale, Shinobi-gaeshi iron spikes at the entrances, not to mention Kumamoto Castle's distinctive raven-black appearance. Other characteristics were more strategic – such as hundreds of wells across the castle grounds to help ensure survival under siege conditions.

Whilst some of the site's ancillary wooden constructions are the originals, the wider castle grounds have seen several periods of reconstruction throughout its lifetime. In the past, several structures were notably burned down during the Seinan Rebellion of 1877. In the modern day, the major earthquakes of April 2016 damaged a number of turrets and keeps. While restoration work is likely to continue for decades, the main keep is expected to re-open around 2019.

Although restoration work means entry inside the castles is not currently possible, a specially preserved observation route means that visitors can comfortably explore and are encouraged to make a trip to see one of Japan's best loved castles. All the keeps survived and stand proudly in defiance along the skyline. The best vantage point from which to see this is perhaps from the top floor of Kumamoto City Hall, to the south-east of the castle grounds.

The Josaien area located in Sakura-no-baba at the foot of the castle grounds to the south-west provides an old castle town feel with its souvenir shops and food stalls. With a Tourist Information Centre and good access, it provides a logical starting point for visitors to the castle and provides good views of the Hitsujisaru turret and Iidamaru Gokai Yagura turret (the latter sadly dwarfed by a steel bracket helping to safeguard it from collapse.)

Visitors can then continue up around the edge of the castle grounds via Ninomaru Park before reaching Kato Shrine, which provides a commanding view of the main keep and the Uto-yagura turret against the towering stone wall below.

Visitors to Kumamoto have much to see around the town itself, including:

Both Himeji Castle and Kumamoto Castle provide stellar examples of some of the best Japanese defensive architecture across masonry and wood craftsmanship to be found in Japan.

They both represent contrasting styles in two very different regions of Japan, and are separated by just a couple of hours by bullet train.

Whilst you could easily cover both sites inside a day, both locations have much in the way of local culture to offer it would be worthwhile spending a couple of days in both locations to make the most of it. 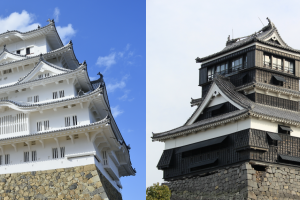 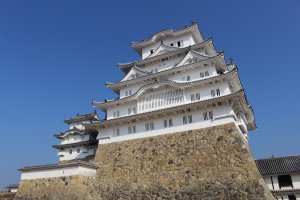 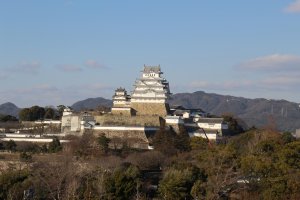 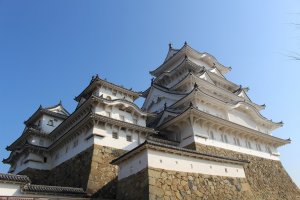 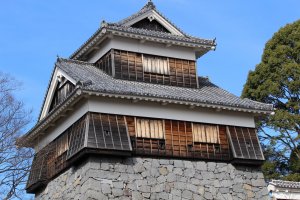 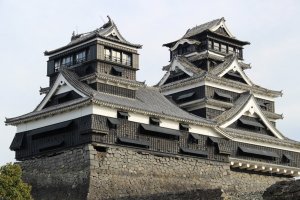 Jihad Mahmoud 4 years ago
Very informative and nice photos. Now I am looking forward to visiting both of them.
Reply Show all 0 replies

Yoshiko Toyama 4 years ago
Wow, nice photos and article, also...
You know about these castles more than other young Japanese.
Amazing!!! Thank you!!!

Elena Lisina 4 years ago
Great placs to visit! Thanks for so good article, Tom!
Reply Show all 0 replies