The Origin of the Tea Ceremony

Sen-no-Rikyu and the origin of Japanese Tea Ceremony

If I asked you to think about the Japanese Tea Ceremony, or Chanoyu, Sado or Chado as it is known here, it would probably conjure images of rustic tea houses deep inside simple but beautiful gardens in the heart of Kyoto.

As someone who regularly assists with tea ceremonies, I very quickly learned that the history and philosophy of this wonderful art are just as, if not more important than the tea itself. One might think that the whole concept of the Tea Ceremony was discovered and developed in this remarkable epicenter of Japanese culture. You might then be surprised to learn that this zen art has a much less contemplative origin.

Origin of the Tea Ceremony

Tea was first introduced to Japan from China in the early part of the Heian Period from 794 to 1185. At the time, the tea was an un-ground variety much the same as modern sencha. The drinking of tea was favoured by Heian period nobles but it was still a long way from being any particular kind of art form. Its popularity also rose and fell throughout the period with interest seemingly increasing as travelling Buddhist monks returned from studying in China with new varieties of tea and new methods of preparation.

By the end of the Heian Period, sencha had been replaced by the powdered matcha tea that we more commonly associate with the tea ceremony. During the next 300 or so years, its popularity began to steadily increase, especially among wealthy samurai clans who would often hold tea tasting parties. Lavish prizes were given out to guests who could correctly guess which was the most expensive or best quality teas. By the time of the Sengoku Period, the tea ceremony was starting to filter down through all walks of life, despite retaining a sense of opulence.

The tea ceremony, as we know it now, was first developed by Murata Juko, a scholar who drank tea for its ability to keep him awake during long periods of study but who had no interest in the popular "tea parties". After studying zen, he began to considered how to bring zen and tea together, thereby forming the basis of wabi-cha, a much simpler and more aesthetic approach to the art.

The refinement of the process of wabi-cha came from one of the most unlikely of places. Far removed from the temples and gardens of Kyoto, it was actually the bustling, cosmopolitan and slightly crude port city of Sakai-shi in Osaka Prefecture that had the most profound influence on would be known as The Way of Tea.

With Murata's wabi-cha method picking up followers in Kyoto, Takeno Jouou, a wealthy leather merchant from Sakai, became interested in finding how to adapt the tea ceremony to a way that would better suit those living in this merchant city. He is probably most remembered for his role as one of the men who taught the Way of Tea to a young man named Tanaka Yoshiro who would later come to be known as Sen-no-Rikyu.

Sen-no-Rikyu was born in 1522 to a relatively wealthy family who owned a number of warehouses and predominantly dealt in dried fish. He first began to study tea under a man named Kitamuji Dochin before being introduced to Takeno Jouou and the concept of wabi-cha. Around the same time, Rikyu studied at Nanshu-ji temple in Sakai, a temple that still has a tea room he and Takeno Jouou used. He also spent some time studying zen at Daitoku-ji temple in Kyoto.

There is very little information about the next few decades of his life but it is safe to assume that he spent the time developing and refining his rustic, zen-style tea ceremonies. He obviously underwent some great changes during this period as the next time we hear about him is in 1579 when he is appointed as a tea master to famous warlord Oda Nobunaga. After Oda's death, Rikyu then enters the service of Toyotomi Hideyoshi and goes on to become one of his closest advisers. As Hideyoshi's Tea Master, Rikyu presided over many events, including a tea ceremony held at the Imperial Palace for Emperor Ogimachi.

Hideyoshi was well known for his fierce temper and following some unknown disagreement in April 1591, ordered Sen-no-Rikyu to commit seppuku ritual suicide. Rikyu had no choice but to comply and invited a number of guests to one final tea ceremony. Once he had served all of the guests, he presented each of them with one of the utensils used during the ceremony as a gift. All save for the bowl which he cursed with the words "Never again shall this cup, polluted by the lips of misfortune, be used by man," and then smashed it.

All but one of the guests then left. The last stayed behind to act as Rikyu's witness as he took his own life. Before he cut his belly, he spoke aloud his jisei death poem,

"A life of seventy years

Strength spent to the very last

With this my jewelled sword

I kill both patriarchs and Buddhas.

I yet carry one article I had gained,

The long sword, and now at this moment

I hurl it to the heavens"

While taking part in the full zen experience of tea ceremony can be difficult for average traveller, there are still places where you can feel Rikyu's influence. The city of Sakai, 15 minutes by train from central Osaka, is a good place to start.

Here you can find the remains of the house in which he was born. Now little more than a courtyard between some large buildings, it contains a stone monument which tells his story (in Japanese) and a small well. The wood used in the frame of the well was actually taken from the top half of the main gate of Daitoku-ji Temple in Kyoto where he studied as a young man. It was removed during a refurbishment of the well as this part of the gate had originally been donated by Rikyu himself. Next to the well are a couple of small trees whose leaves are said to have a purifying effect on the water.

Opposite the courtyard is the Plaza of Rikyu and Akiko. This is a nice museum which covers the life of Sen-no-Rikyu as well as Akiko Yosano, another Sakai native famous for her somewhat risque tanka poetry. The Rikyu exhibit downstairs has a number of artefacts like bowls and other tea implements on display plus an excellent, short documentary about the tea ceremony with English subtitles. You can also get an English audio guide from the front desk. A premium ticket is available which gives you a chance to sample some matcha and wagashi sweets. With prior booking you can even enjoy a tea ceremony experience and even a lesson in how to prepare matcha taught by a genuine tea master.

Not far from the museum and his former residence, you can find Nanshu-ji, one of the temples at which Rikyu studied as a young man. This temple has beautiful grounds which are registered as a place of scenic beauty within Osaka Prefecture. It has a small cluster of temples surrounding the gardens and includes one of Rikyu's favorite tea houses. Nanshu-ji itself has a stunning mural of a Chinese dragon inside whose eyes follow you round the room.

Kyoto obviously maintains a close connection with Sen-no-Rikyu. His grave is located at the previously mentioned Daitoku-ji Temple and there are numerous tea houses all over the city. Kyoto is also the home of the San-Senke or "Three Sen Houses". These houses were established by the three sons of Sen Sotan who was Sen-no-Rikyu's grandson. The three houses are called Omotesenke or Front House, Mushakojisenke meaning Middle House and Urasenke meaning Rear House. Together they form the most prestigious schools for learning the Way of Tea.

All of these locations continue to keep alive the memory Sen-no-Rikyu and his influence on The Way of Tea in Japan.

The remains of Sen-no-Rikyu's house and the Sen and Akiko Museum are a short walk from Shukuin Station on the Hankaidenki Hankai Line, the tram line running from Tenno-ji Station through the city of Sakai.

Daitoku-ji Temple is in the northern part of Kyoto City and can be reached by bus from Kyoto Station. 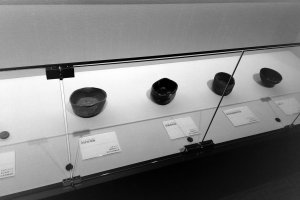 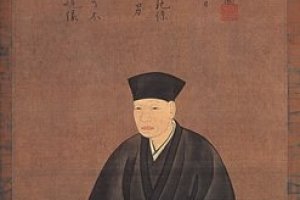 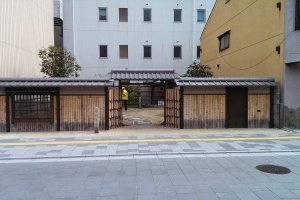 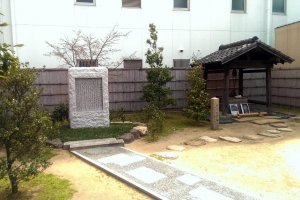 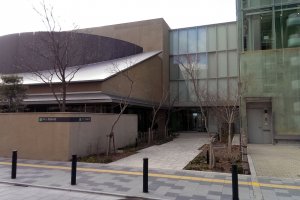 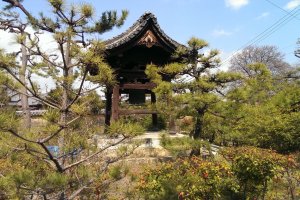 Elizabeth S 2 years ago
Sen no Rikyu’s death poem gives me shivers. You can sense the great dignity he brought to tea.
Reply Show all 3 replies

Gary Luscombe Author 2 years ago
Hideyoshi also greatly regretted his death as well. When he had finished building one of his palaces, he was said to have opined, "If only Sen were here to see this". Hideyoshi had a very short temper which is not ideal when your orders have permanent consequences!
Reply

Elizabeth S 2 years ago
He was old when the order came down. But he was still strong. What a loss!
Reply

Kim 2 years ago
Loved reading this - so much interesting information!
Reply Show all 1 replies

Gary Luscombe Author 2 years ago
Thanks! It was a surprise to learn that tea ceremony was quite a raucous affair in the beginning!
Reply
6 comments in total