Enjoy these temples with amazing outside corridors – 2

Daikaku-ji Temple, located in the northwest suburbs of Kyoto, contains the same design elements of the ancient Imperial Palace. The ground design and building arrangements are noble and elegant, its gardens are refined, and most of all, a labyrinth of long wooden corridors connecting all of its halls is amazing.The temple used to be an Imperial Villa for Emperor Saga (786-842). It was converted into a temple in 876. Since then, and basically all the way to just before the start of the Meiji Restoration (1868), a member of the Imperial Family always served as its head priest.

Before you enter the entrance of the building, take a look at the outdoor flower display on the left. These are Ikebana. They are on display because Daikaku-ji Temple is also the head school of the Sagagoryu school of Ikebana. After you enter the building, your excursion through a series of long wooden corridors begins. As you follow the route guides, you will walk by two typical noble style buildings, called Shinden-zukuri and Shoin-zukuri. Both were used by emperors or high level nobles. Then the corridor bends a few times around the perimeter of a big dry garden and leads you Godai-do Hall. This hall has a wide wooden terrace facing a beautiful man-made pond, Osawa-no-ike Pond. The view from this open terrace is really great.

Now we have finished the front half of the corridor route. After Godai-do Hall, we will move on to the back half. The route guides you through a museum, scripture house (Chokufushingyo-den Hall), and a brilliant red hall dedicated to Amitabha Buddha. These buildings surround an inner garden containing a stream and trees. The corridors connecting the buildings bend and crook many times. When I was there, I often saw people walking along faraway corridors on the opposite side of the temple complex; it was quite difficult to know where I would be going next. Very exciting!

Emperor Saga was a son of Emperor Kanmu (737-806) who established Kyoto as the new capital of Japan in 794. Saga was enthroned in 809 during severe famines and a plague. He asked advice from Priest Kukai (774-835) who had come back to Japan after becoming a certificated Shingon esoteric Buddhist Master in Tang (old China, 618-690, 705-907). Kukai suggested a few 'cures' including the writing out of the Great Heart of Wisdom Sutra (Hannya-shingyo). And so Saga put his heart into it, writing with golden powder, following a “one character three bows” ritual on special dark blue paper. The plague soon stopped. Saga’s handwritten sutras have been stored in the scripture house.

In addition to the being Japan's highest level priest ever, Kukai was also known as one of the top three calligraphers of the period. Saga was another. They were both highly cultured and had a deeply satisfying time together here at the former villa.

In 816 Saga gave Kukai official permission to establish a temple on Mt. Koya-san, and in 823 asked him to become responsible for To-ji Temple.

Find out more about Daikakuji Temple. 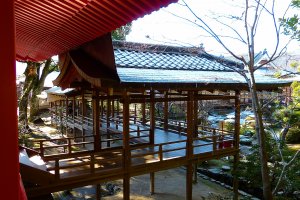 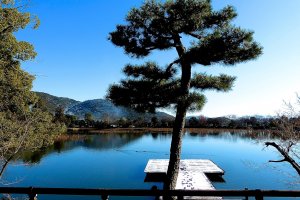 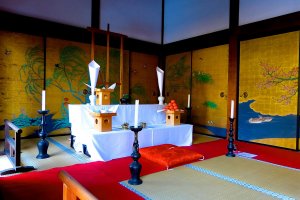 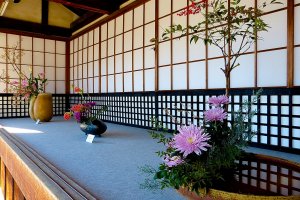 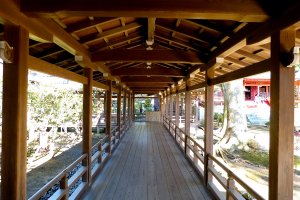 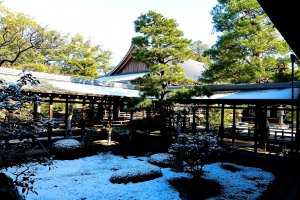 Kim 3 years ago
The view out over the pond is lovely!
Reply Show all 0 replies

Yuna Gena 6 years ago
Been to this temple once and it was an amazing experience. Loved the sight around it and it was lesser crowd. :)
Reply Show all 0 replies

Tomoko Kamishima Author 8 years ago
Yes, it's open to the public, James. And the temple is used as a location for movies and TV programs quite often. So they might have enough budget for the maintenance.
Reply Show all 0 replies
6 comments in total