Japanese trains are marveled all over the world for their speed and efficiency. However, these are only a fraction of the train-related quirks in Japan that many tourists are unaware of. From dedicated pushers to special station chimes, there’s more to Japan’s trains than meets the eye!

It’s no surprise that punctuality is at the top of this list. While it is well-known that trains are on time in Japan, tourists are still amazed when they find themselves exactly where they need to be, on time, when taking the train. To show how serious they are about their job, train companies hand out train delay certificates to commuters affected by delays as a legitimate excuse for being late.

Japan’s infamous rush hour is a sight to behold — people packed in trains like sardines with hardly any breathing space, and even more commuters waiting on the platform. To fit the incredible number of people into the trains, stations employ “pushers” to physically push people into trains to allow the doors to close. This Japanese phenomenon is not to be missed during peak periods.

You might expect a fair amount of chaos while taking the train in Japan, with the country boasting some of the busiest train stations in the world. While that might be true, the bustle in the stations is momentarily left behind between each stop as each train car is silent even when filled to the brim with passengers. There are rules that require mobile phones to be on silent mode and loud talking is also prohibited. And with most passengers compliant to the rules, you can enjoy a peaceful ride on the train.

Some of the busiest stations in Japan have underground labyrinths that span across a huge area. Many major malls such as Shibuya 109 and Takashimaya have basement floors that are strategically linked to these stations’ exits to allow easy access for commuters. This design comes in handy on days with inclement weather as you will be sheltered throughout your journey.

While you may have seen Hello Kitty and Pokemon plastered over Japanese airplanes in recent years, these eye-catching designs have not been limited to just planes. From the Anpanman train in Shikoku, to Kumamon train in Kyushu, there are several regular trains across Japan that have special designs depending on the region. For those hoping to catch a faster ride, a sleek Neon Genesis Evangelion-designed shinkansen (bullet train) is in service from Hakata station to Shin-Osaka station until spring 2018.

A strange but hilarious sight if you’re lucky enough to see it, these helpers pop their heads out from a small opening beside ticket machines to assist confused commuters who press the “Help” button.

Feeling thirsty but out of money? Now, on the platform, you can use your IC card to pay for drinks at vending machines equipped with a scanner for contactless payment. In fact, there are convenience shops on the platforms of certain stations if you want to get a quick bite.

To facilitate movement during rush hour, Japan’s ticket barriers are open by default to ensure a smooth flow of passengers in and out of the station. This is also part of Japan’s effort to allow quick evacuation in case of an earthquake. However, these barriers will close if you don’t scan your IC card or slot in your ticket so make sure you don’t forget to do so, or else you will cause a jam behind.

An often missed highlight in Japan’s train stations is the unique chimes each station has that signal an incoming train. This quirk sometimes allows people to know which station they are at without looking at the signs — Takadanobaba Station in Tokyo is famous for its Astro Boy (an anime robot character born there) theme song. While not all stations have a special chime, many other stations have more generic sounds such as birds chirping or nature sounds to create a pleasant atmosphere.

With impressive speeds and beautiful scenery along the way, Japan’s shinkansen is a popular means of transport across the country for many. To make the ride even more comfortable, cleaning crews at Tokyo Station perform the “seven-minute miracle” — a quick but comprehensive cleaning of the shinkansen cars within seven minutes to prepare for the next ride. You’ll see these housekeepers dressed sharply and getting to work in the blink of an eye, and before you know it, the train is sparkling clean again. 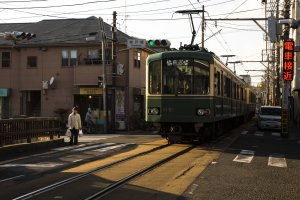 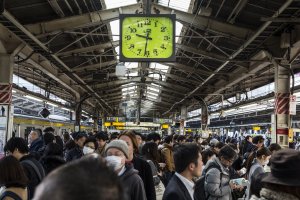 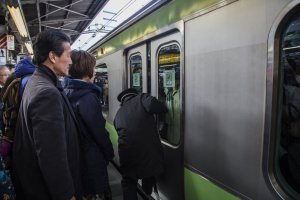 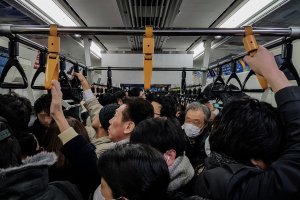 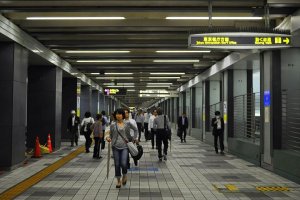 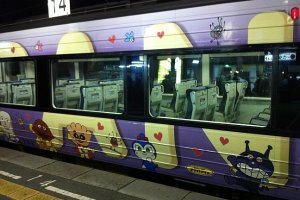 Kim 3 years ago
The efficiency and cleanliness of Japanese trains can't be beat! I also love that there is still so much interest here in train journeys and unique trains - they really are a special method of transport!
Reply Show all 0 replies
1 comment in total