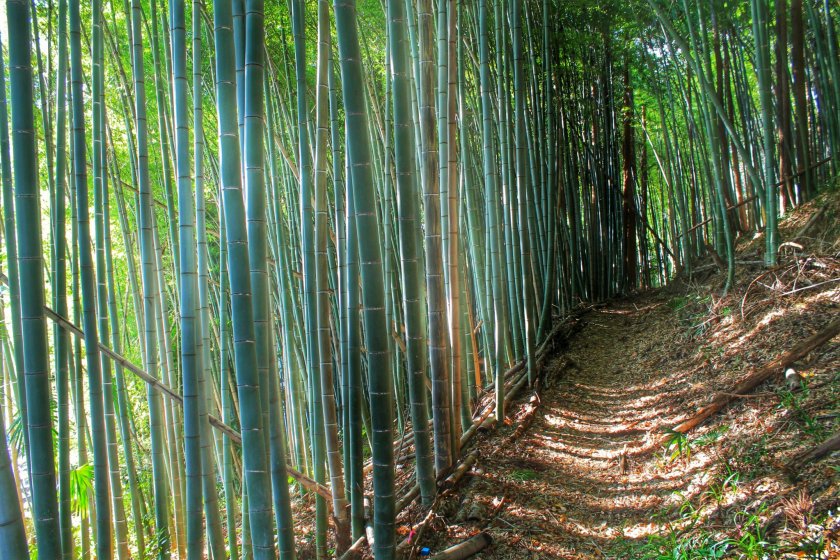 Rays of sunshine falling on the path through the bamboo forest

I got off at Ome Station and was on my way to a shrine, when I suddenly got deeper into the woods. Within two minutes I found myself on a forest trail, hiking uphill over rough and smooth. I hadn’t expected such an area close to the station and for a moment I thought about going back, because this was not where I wanted to go. But then I decided to seize the chance and explore what I just discovered. Since I didn’t have any plans that day, why not take a hike?

The small hiking trail first led me into a bamboo grove close to Baigan-ji, a temple located just east of Ome Station. Bamboo has always been one of my favorite plants (and one of the few I can name), so I didn’t need a second invitation to take some pictures.

I followed the trail westwards and found a small shrine - not the one I was actually looking for, but sometimes you have to take potluck. I went on following the narrow path, which got even narrower and steeper, and then suddenly led to a plateau-like broad road. Here I finally met some other people. And as it’s common in Japan to greet each other while hiking, I started saying konnichiwa (hello) every time I met someone.

A peek at Google Maps showed me that the broad road runs from west to east through the forest area north of Ome Station, just parallel to the Ome Line. Every now and then there are smaller paths branching from the road. I sometimes picked a path, followed it for a while, and most of the time it would lead to yet another small shrine or temple. Kotohira-jinja, for example, is a shrine close to the main road and on the same longitude as Ome Station. It’s a very small shrine, but special because of its greenish roof.

After about 2.5 hours I hiked down the hill and made one last stop at Jogan-ji, a temple in between Ome Station and Higashi-Ome Station. And once again I was happy that I lost my way because of my lacking sense of direction, because this is how I discovered a wonderful place and could spend a day in nature. 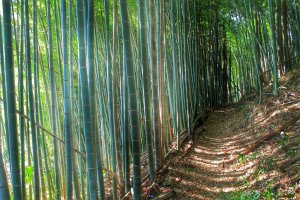 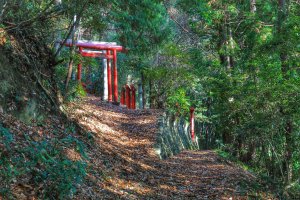 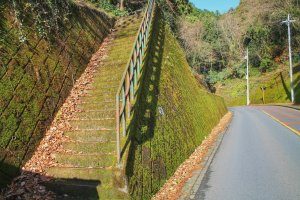 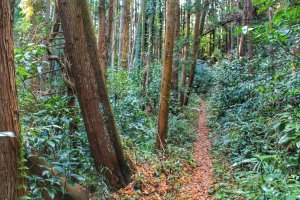 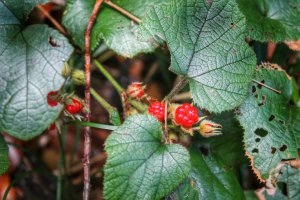 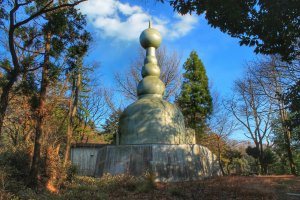 Aleksei Iurin 2 years ago
it's the best type of journey - find new (better?) directions instead of the planned ones
Reply Show all 0 replies

Odilia Sindy Okinawati 4 years ago
The bamboo trail is so beauty^^ True, when we lost, we see more!
Reply Show all 0 replies

Katie Jackson 4 years ago
Accidental nature in Tokyo is one of my favorite things. It is so important to get away from the city every once in a while. Thanks for telling us about this amazing find!
Reply Show all 0 replies

Victoria Vlisides 4 years ago
What a happy discovery!
Reply Show all 0 replies
4 comments in total