4 Destinations for Dinosaur Fans in Japan

Discover a dino-robot staffed hotel, a dino museum, and more!

From spiky triceratops and terrifying T-rexes through to flying pterodactyls and herbivore brachiosauruses, dinosaurs have captured the imaginations of the young and young at heart over the generations. If you marvel at all things dinosaurs (or someone in your family does!), this guide covers four destinations to add to your Japan travel bucket list.

If you're after an accommodation spot that offers something extra-roar-dinary, look no further than the Henn-na Hotel in Osaka. The hotel is perfect for both introverts and dinosaur aficionados -- there are no human staff at check in, and the process is facilitated by robot dinosaurs. The hotel itself is just a few minutes on foot from Shinsaibashi Station, which is conveniently located to a number of Osaka City's highlights such as the Dotonbori area. Staying closer to Tokyo? There's also a branch of the hotel in Maihama in Chiba Prefecture, a short cab ride away from Tokyo Disneyland.

Did you know that the Fukui Prefectural Dinosaur Museum is one of the world's leading dinosaur museums? The prefecture has been home to some fascinating archeological finds, including skeletal remains of the Fukuiraptor kitadaniensis and Fukuisaurus tetoriensis— in fact, the museum's location was chosen because of the sheer number of fossils found in the area. At the venue you'll find various dinosaur skeletons, fossils of other animals and plants, dioramas with dinosaur reconstruction models, and plenty more.

Universal Studios Japan has been popular in recent years for sections dedicated to Harry Potter and more recently, Super Mario — but don't forget about Jurassic World here if you're a dinosaur fan. From ultra-realistic dinosaurs you can see up close to themed Jurassic Park themed rides, this spot is perfect if you want a little adrenalin rush with your dino fix.

If you're visiting Japan or living in Japan with dino-loving kiddies in tow, there are a number of fun dinosaur-themed playgrounds across the country. One of them is at Odaka Ryokuchi Park in Aichi Prefecture, which boasts its very own dinosaur section. There are a couple of great dinosaur slides where the slide portion is the dinosaur's tail. Brilliant! 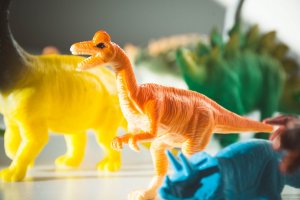 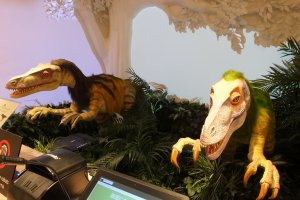 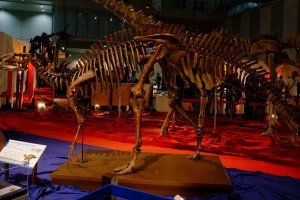 Justin Velgus a year ago
YES! This is a fun article with great mix of places. A Henn na Hotel just opened up here in Sendai. The dinosaur here is a hologram. His coworker is feudal lord and city founder Date Masamune!
Reply Show all 1 replies

Kim Author a year ago
That's so cool! I love hotels that have something fun and unique, definitely makes the stay a bit more interesting!
Reply
2 comments in total
Back to Contents