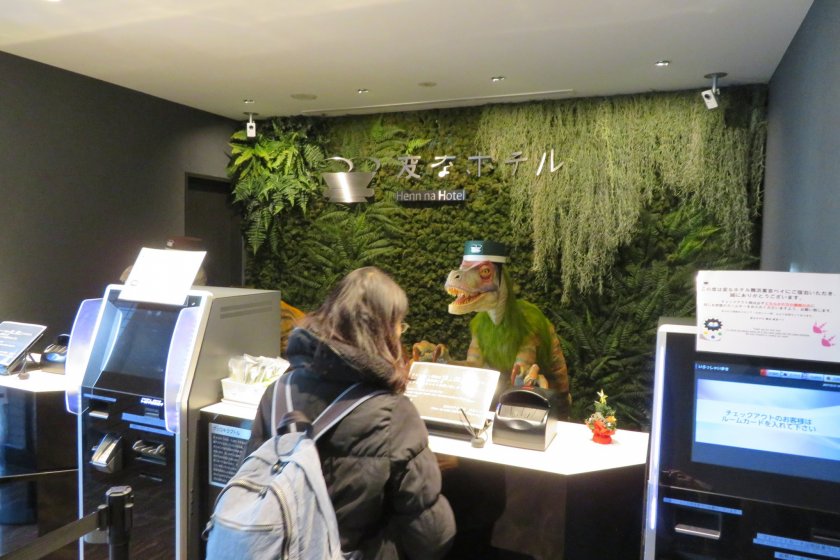 A look into the future

Even at my age I still enjoy a day at Disney, especially during the holidays. The pageantry is second to none. Yes, I can still take the rides laughing and screaming with the best of them.

This year we decided since we wanted to experience the nighttime fireworks that a local hotel would be in order. Miwa has an inbred gene for adventure and so an ordinary hotel would be too boring. She told me last year about the new robot hotel that opened in Nagasaki and of course it peeked my interest. When we found out the second one opened near Tokyo Disney she made reservations a month in advance at Henn na Hotel.

The very name of the hotel means "strange" and if you have seen any of the Jurassic Park movies then it fits perfectly.

Set in a quiet neighborhood sits this very unique hotel after an 18-minute walk from Disney. We hear a lot about the future of AI (artificial intelligence) and robots. Here you can get a first hand experience.

Upon entering the lobby you first see two large dinosaurs directly in front of you. I had not been made aware of the theme and was actually expecting to see human like robots greet us.

We turned to our left, walked to the reception check in area, and were greeted by two more dinosaurs. One began to speak in Japanese welcoming us to the hotel and explaining how to check in. It took a little longer than normal because the robot did not recognize the name Waters in Japanese and Miwa had made the reservations in Japanese. They also speak English, Korean and Chinese. We finally ended up using a keypad and after several tries it found us in the system.

Heading towards the elevator we encountered an aquarium with robot fish. Once we entered our room we met our personal robot that welcomed us by name and then told us if we needed anything just ask. Miwa asked if the lights could be turned on and received an immediate response with the room being lit up.

As we walked out of our room to head back to Disney there was one of those popular vacuum cleaner robots going up and down the hallway.

Although not perfected, this experience did give us a small glimpse into the future where many routine tasks will be completed by robots.

The hotel stay was good, the room clean, and very comfortable. It is maintained by 140 robots with 7 humans on staff in case of an emergency. There are many more planned to open in the very near future. If you get the chance, try it out while they are still a novelty.

There is a local community bus that we took back to the station for just 100 yen.

You can also take the city bus:

(If you leave the South Exit of JR Maihama Station and proceed to your left, please go down stairs. You will find the bus terminal. ) 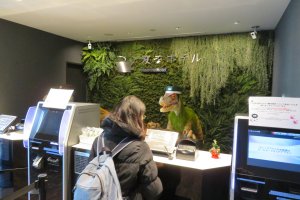 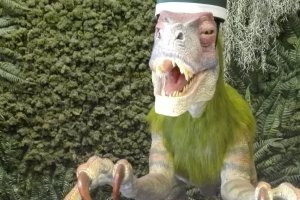 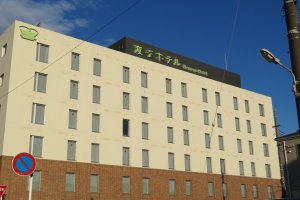 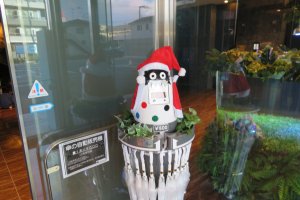 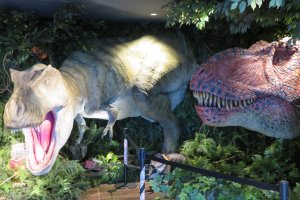 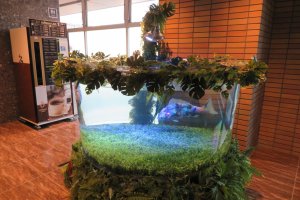