The benefits of living away from the city

Many people dream of packing their bags and moving to Tokyo in pursuit of their dreams of living an expat lifestyle. The hustle and bustle of Tokyo combined with its 'anything is possible' mentality is enough to attract even the most sheltered of country dwellers out here. However, perhaps there are reasons why other parts of Japan should get their due.

When I first applied to the JET Program to work as an assistant English teacher in a Japanese school, I did what most applicants do, I selected Tokyo as my first placement option. And like most applicants, I didn't get placed there. Instead, I was placed in Tochigi Prefecture about 2 hours north of Tokyo. That two hours makes a big difference in terms of lifestyle and culture in Japan. At first I wasn't happy with my placement but I can say from personal experience that being placed in rural Japan was probably the best decision in my life.

It's no secret that your living space in Japan will be relatively small compared to that in America (or any other country). Like any major city in the world, Tokyo is notorious for charging sky high-prices for very tiny living spaces. A small one-room apartment in the middle of Tokyo can be very expensive and those aren't even the nice apartments. The countryside may have its critics but at least it won't cost 70% of your paycheck.

The scariest part about living in rural Japan is honestly the best part if you know how to take advantage of it. In Tokyo, it's very easy to get mixed into groups of people with impeccable bi-lingual capabilities. In the countryside that's next to impossible. Where I live in Tochigi, hardly anyone here speaks English, which means I had to force myself to use Japanese more. Event posters are in Japanese, all menus are in Japanese out here and so on. Living in Tokyo may offer a variety of classes that you can take but actually living in the more rural areas will give you the exposure you need to fully immerse yourself in the language.

People always say there's no Japanese culture in Tokyo. It's all so commercialised and the historical aspect of it has been stripped away. Perhaps, but living in rural Japan is where you'll directly experience Japanese culture. Interacting with people who have little experience with foreigners and who share their culture with you provides a more wholesome experience in Japan that you simply can't get in Tokyo.

The country side of Japan can be a scary experience, but don't let the fear of the unknown keep you from trying something new. 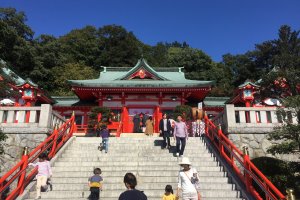 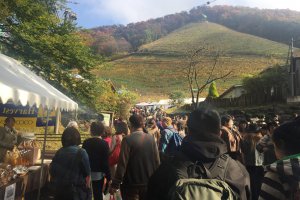 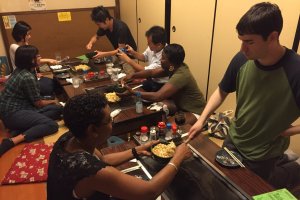 Lynda Hogan a year ago
I agree and can relate. I was placed in Mito in Ibaraki, right by the station, so I was in a city. But my work as a one-shot brought me all around the boons of the 'baraki. I have since moved to complete "inaka" Saitama and there are huge benefits particularly now that I have small children who are growing up wild and free!!
Reply Show all 0 replies

Sleiman Azizi a year ago
I know a number of people who found it tough in rural Japan. Some worked through the difficulties and some didn't. I think, in the end, you just have to be open to change. Japan is great for that challenge.
Reply Show all 0 replies

Elizabeth S a year ago
For young people applying to JET - don’t turn your nose up at rural Japan!

Like you, I was given a rural placement by the JET Program. I learned the language quickly, got super fit by cycling everywhere, and saved a lot of money. I could afford lots of trips within Japan.