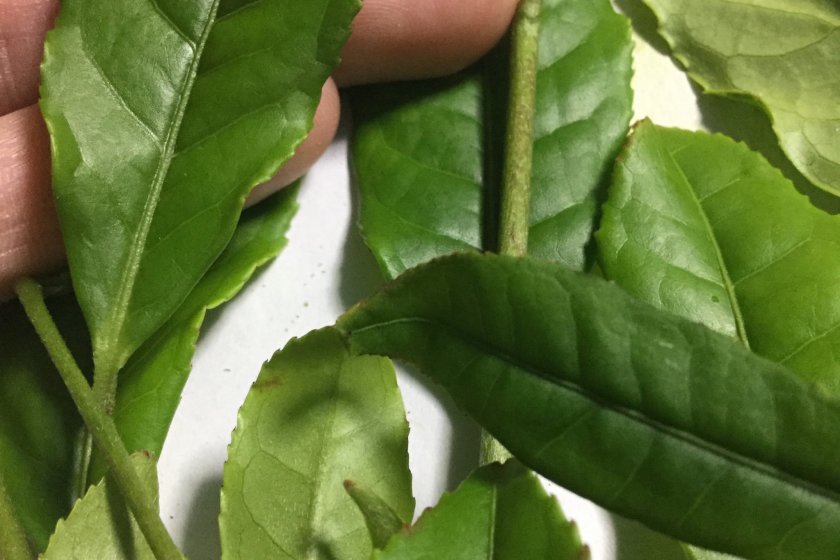 From fresh tea leaves to a refreshing drink

When my son in the third grade came home today, he announced that he had only one homework: Make tea. A guest teacher at his civics and society class demonstrated what to do.

We live out in the countryside in the southwestern region of Saitama Prefecture, famous for Sayama tea (狭山茶), a type of green tea noted for its thick leaves. Through selective breeding, the area's tea trees can withstand cool climate and winter frost. Tea from such thick leaves are distinctly sweeter and richer in flavor, and have the highest level of antioxidants.

My son showed me a bag of leaves plucked straight out of an お茶畑 (ochabatake, or tea fields). I touched the leaves and despite their relative thickness compared to those from more southern tea trees, they were still soft and pliable to the touch. I sniffed it and could only detect a hint of the fragrance to come.

First, he washed the leaves then patted them dry with a paper towel. He put them on a plate and covered it with a plastic wrap. He then put it in the microwave and set the timer to three minutes. As soon as we started the microwave oven, a light, sweet and soothing fragrance filled the room. The fragrance, a refreshing combination of floral and vegetal, lingered in the air. "Doesn't that smell wonderful?", my son asked, beaming. The cooking process brought out the fragrance and flavor potential hidden deep within the leaves.

After three minutes, he took out the plate and rolled the leaves in his palms. The leaves are rolled to preserve the essential oils responsible for the aroma. Then, the tea is cooked again for shorter times in the microwave oven.

Finally, the tea leaves are ready to be used. He poured boiling water into the carafe with the dried and rolled tea leaves and waited a minute and a half. The tea looked much lighter than store-bought tea, but the depth of flavor surprised me. It was utterly delicious, but what probably made it more so was the effort we put into it. 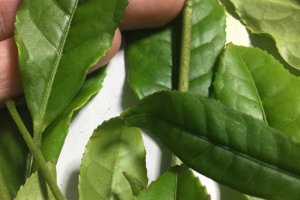 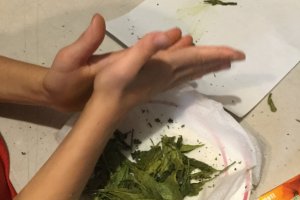 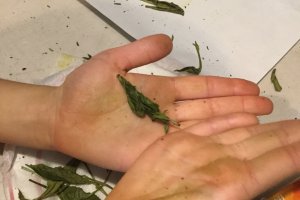 Elizabeth S a month ago
I've spied these sayama tea plants at Saitama Prefecture farms. Can I grow one at home...?
Reply Show all 2 replies

Sherilyn Siy Author a month ago
I had the same thought!
Reply

Elizabeth S a month ago
If you do take on a tea plant, tell us about it! For now, I'm into ajisai, hydrangeas.
Reply

Sleiman Azizi a month ago
A bit of effort goes a long way.
Reply Show all 0 replies
4 comments in total