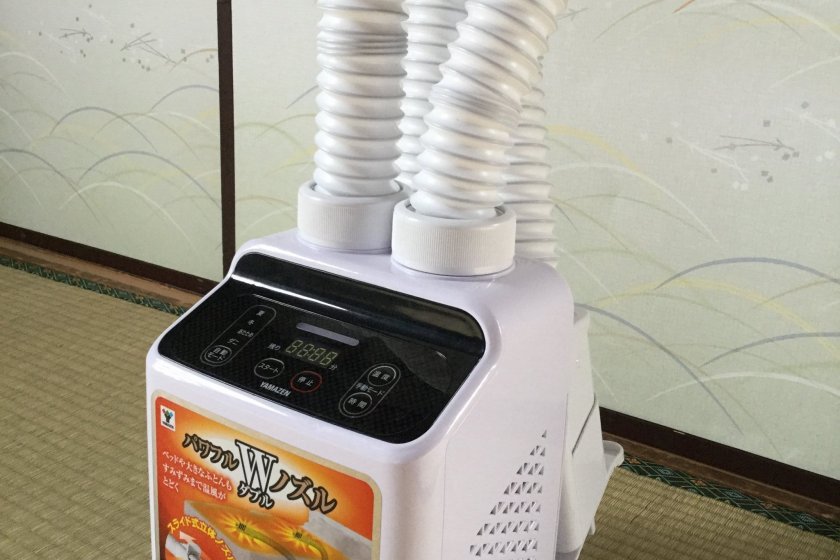 This Ghostbuster-looking gadget is my new best friend.

How did I survive years and years of living in Japan without this?

If I ever move back to my home country, this contraption is coming back with me!

These are some of the things that have been said of the humble equipment, the futon heater, something that I have only been acquainted with a month ago.

Year after year, I've suffered bites on my legs and torso that often appear in twos averaging 5 cm apart. The angry, red, puffy welts have an unappeasable itch that lasts for days. There's a visible bite mark or a "head" but I couldn't figure out what it was that bit me. I do not see any of the telltale signs of a bed bug infestation. Despite zealous vacuuming and washing of linen, I still get bitten.

At my wit's end, I asked around and was told that it is probably dani, invisible mites or ticks. While there are mites that do not bite, the ones that cause my red welts are the stinging house mites and claw mites. They come out at night, target soft areas of the skin and suck blood. The itching and swelling happens 1-2 days after stabbing.

There are many chemical based products in any Japanese drug store that address the dani problem, from spray, to medicated wipes, to scented sticky pads to the more drastic smoke bombs, but I have always been worried about the potential health hazards of inhaling fumes from these products.

Exposure to a temperature of 50 ° C for at least 30 minutes kills the mites. This is one reason Japanese put out their futons to sun. Studies show that one futon can be home to as many as 300 million mites. In the summer, the sun can bake off these pesky bugs, but in the weaker sunlight of the other seasons of the year, the mites simply sink down to the cooler areas of the futon. Then there's the problem of the rainy season or cloudy days when there's not much sun.

Once you get one of these things, you'll wonder why you suffered unnecessarily all this time. 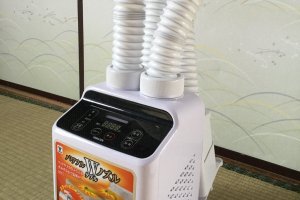 Dani found me last year. They can rob you of a night's rest. They probably came in on my clothing after a visit to a local park. I rely on dani-yoke, the herbal packets to keep them away, but maybe I ought to invest in one of these futon heater things. I could sure use in winter.
Reply Show all 0 replies