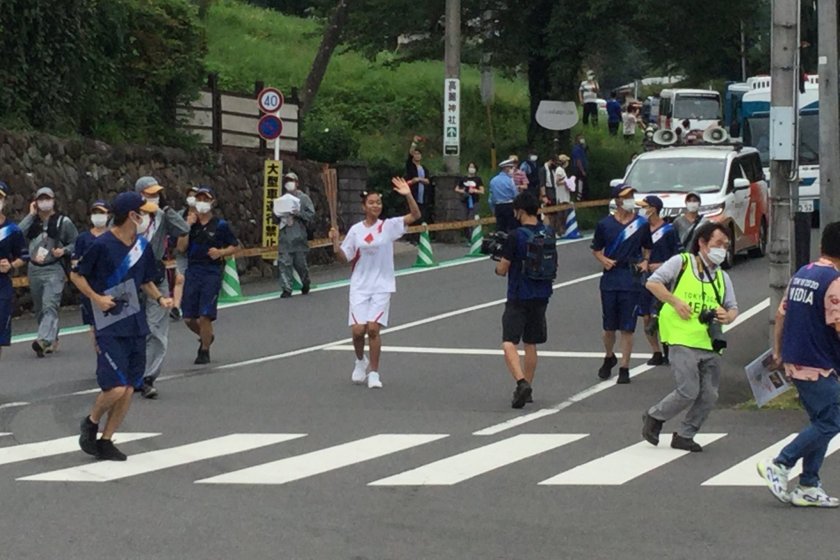 The Koma Segment of the Olympic Torch Relay

Lighting the way with hope

Last July 6, 2021, Tuesday, the Olympic Torch passed by our neighborhood in Koma, Saitama.

Having visited the Japan Olympic Museum September last year and seeing the Olympic Flame kept alit in a small lamp, I felt a sense of resolution at finally seeing the torch in this segment of the relay.

A few months before the opening of the Olympic Games, the Flame lit at Olympia, Greece is carried to the host city. When it had to be transported by air, four specially designed lanterns holding a Flame each are strapped to seats on specially designed cradles. In the 2000 Sydney Olympics, the Flame was transported underwater. But mainly, it is carried on foot by runners.

The Olympic Torch Relay served to announce the Olympic Games and spread a message of peace and friendship, solidarity and respect. During this pandemic, it serves to give an additional message of hope.

The final runner (or runners) enter the stadium and lights the cauldron to open the Games. This fire is kept alit throughout the duration of the Games and only extinguished at the Closing Ceremony.

The locations of the Torch Relay are especially selected to showcase Japan's most beautiful locations. It will pass by World Heritage Sites, famous locations, historic remains and favorite sites of locals. It is not surprising that Koma, with its more than1300 years of history, and the site of the yearly red carpet of spider lilies in September hosted a segment of the run.

Torch bearers are carefully selected to represent people from a variety of backgrounds and key roles in society. The segment I witnessed was ran by Ms. Emiri Omuro, a biracial student who embodies the Olympic spirit of harmony and diversity. Ms. Omuro hopes that the Olympic Games promote mutual understanding and a world with no discrimination. 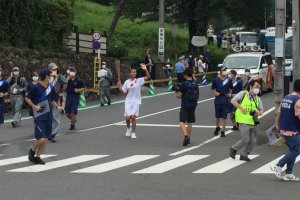 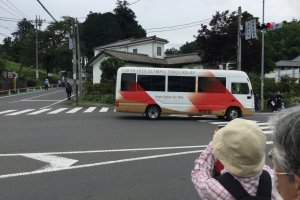 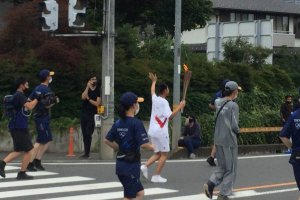 Elizabeth S 2 weeks ago
My town was on the route, too! The torchbearer for our area is an educator who has coached students who went on to become athletes. Our teacher torchbearer was beaming the whole way. It brought a little bit of happiness and excitement in this difficult time.
Reply Show all 0 replies
1 comment in total