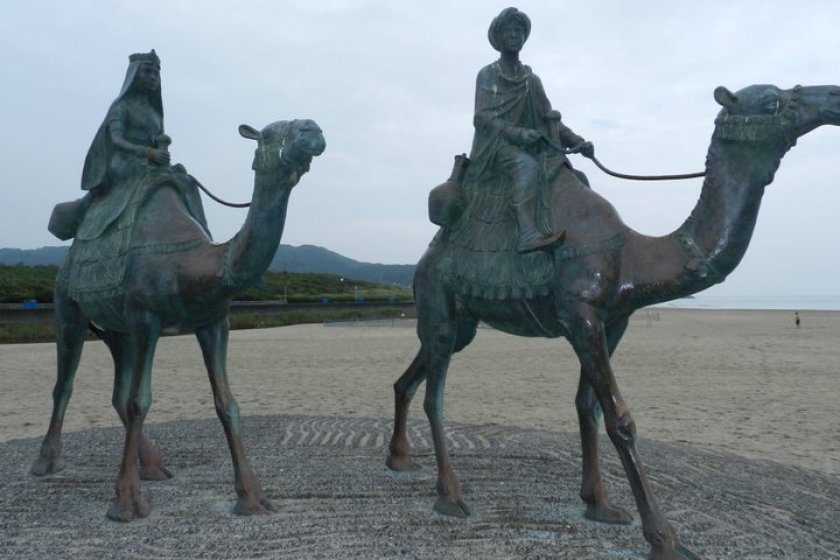 A little bit of Latin in Chiba

The fanous statues of Onjuku

When I was deliberating about a place to spend my three-day summer weekend, the obvious choices had popped into my head: Okinawa, Kamakura or perhaps Kagoshima. I wanted sand and sun, a place to kick back, relax and forget the chaos of business-led Tokyo. However, money was an issue, or for better words the lack of money, so as I was scouring the web for vacation options, the town of Onjuku on the Chiba coast caught my eye.

Onjuku is close to Tokyo, therefore cheap and convenient, but still has a lot to offer the casual traveler. The little town harbors a unique culture; in 1609 a Spanish galleon named the San Francisco ran ashore near Onjuku and the surviving crew and captain were cared for by the Japanese women of the town. They were later offered a ship to return to Mexico. Now, tourists to the region can admire a monolith, overlooking the sea, built to commemorate the relationship between Mexico and Japan, but that’s not the only Mexican influence you can see within the town. Cute lobsters adorning sombreros are everywhere, along with a cactus tree that welcomes beach-goers.

Apart from the bare-chested woman diver known as ama, there wasn’t much else that welcomed me to Onjuku. The town had few locals, but those who were milling around the town’s streets were more than willing to help a lost traveler.

I made my way through the town’s winding roads hoping to see a golden sandy beach with clear blue waters to wash away my Tokyo stress, and I wasn’t disappointed. Onjuku, although primarily a fisher’s town, also accommodates the surfers, the sunbathers and those who just want to ride a novelty banana-shaped boat. Thanks to the symbolic statue of Onjuku, which depicts a prince and princess in Arabian garb riding on camels, and the visitors animatedly taking photos of it, I knew I had arrived at the beach. The statue was erected to celebrate the 1923 song, Tsuki no Sabaku, which was inspired by the area. My beach comfort was aided by beer sellers and food stalls, so there was no reason to interrupt my sun-worshipping.

Luckily, I had no wailing kids to entertain, but for those who are saddled with them, there’s a kids water park close to the beach, where munchkins can be left unsupervised while their parents top up their tans.

Whilst scouting around, I saw two prominent hotels on the beachfront, the Onjuku Umi no Hotel and Sayan Terrace; both I had outdoor eating areas and bars so you can enjoy your dinner and take in the view. For those who would like to do more than a little dipping in and out of the sea, The Flying Sumo Surf Company provides surfing equipment and instructors who can speak Korean, Japanese and English.

So if you’re looking for a relaxing weekend away or just a historical spot to explore, Onjuku has more than it’s modest square footage might suggest.

I came to Japan to study Japanese history at Kanda University. I've traveled to places such as Tochigi and Nara to gain further knowledge for a thesis paper I was writing and whilst doing so I fell in love. Not just with the historical aspects, but with the people and the architecture. I continue to find new an exciting places not just for my love of history, but for travel too. 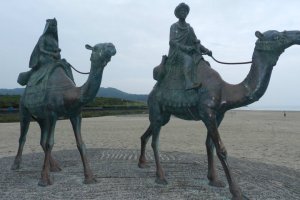 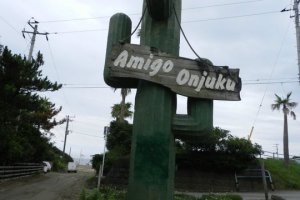 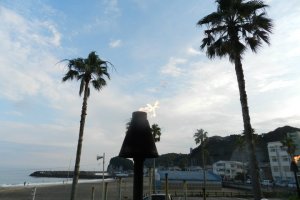 Andrew C 4 years ago
nice! was going to go there.
Reply Show all 0 replies
1 comment in total