Enjoy Chiba's most popular fruit straight from the tree

Chiba Prefecture is one of Japan's leading producers of nashi, or Japanese pears. From the end of August to early October, visitors to many parts of Chiba can enjoy nashi-gari, or Japanese pear picking. But hurry; the season is quickly coming to a close.

There are many Japanese pear farms throughout Chiba, but most of them are in Southern Chiba or near Chiba City. Each farm offers different services, including all-you-can-eat for a certain amount of time, or all-you-can-pick. Some farms even have barbecue pits where you can eat lunch before or after pear picking. There are also farms that offer other kinds of fruit picking in addition to pears, including kiwi, grapes, and chestnuts.

After making many calls to different pear farms, I finally found one that was still open for pear picking! A 10 minute walk away from Higashi Matsudo Station, Takaai Pear Farm offered pear picking from their quaint orchard. It can be accessed easily by both train and by car, but for those who do not mind a short, relaxing walk through Chiba's countryside, I recommend taking the train and walking!

Once I arrived I met with the lady who ran the orchard. She gave a brief introduction in Japanese about the types of pears she had, and even let me try a slice of one. Then we made our way to the orchard. She then showed me how to properly pick the best pears. I thought that it would be similar to picking apples, but I learned that instead of pulling them from the branch, the best way to pick pears was to rotate it on its side which would then break the stem from the branch. The pears were also wrapped in paper covers to protect them from bugs and harsh weather, so it was difficult to see what they looked like. But to the trained eye of the owner, she could quickly find the biggest and ripest pears for me to pick.

In the end, I bought four big pears which cost about 850 yen, and she gave me one for free! For Japanese pear lovers, this experience is a must! 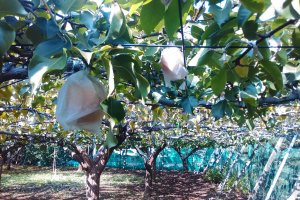 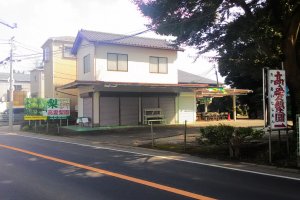 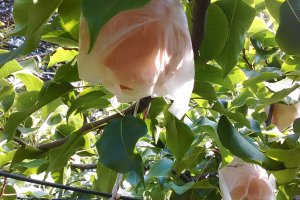 Kim 3 years ago
Never knew that Chiba was a leading producer of nashi - they're one of my favorite fruits, so I might have to put this on the to do list for later this year!
Reply Show all 0 replies

Victoria Vlisides 6 years ago
My mouth is already watering for some nashi! Do you think it's still possible to do any grape picking... ? I feel that maybe it's too late, though... Thanks!
Reply Show all 1 replies

JapanTravel Guest Author 6 years ago
I think that the grape picking season might already be over in Chiba, but I did grape picking in Yamanashi last month! Any plans to go back to Yamanashi soon? :)
Reply
3 comments in total