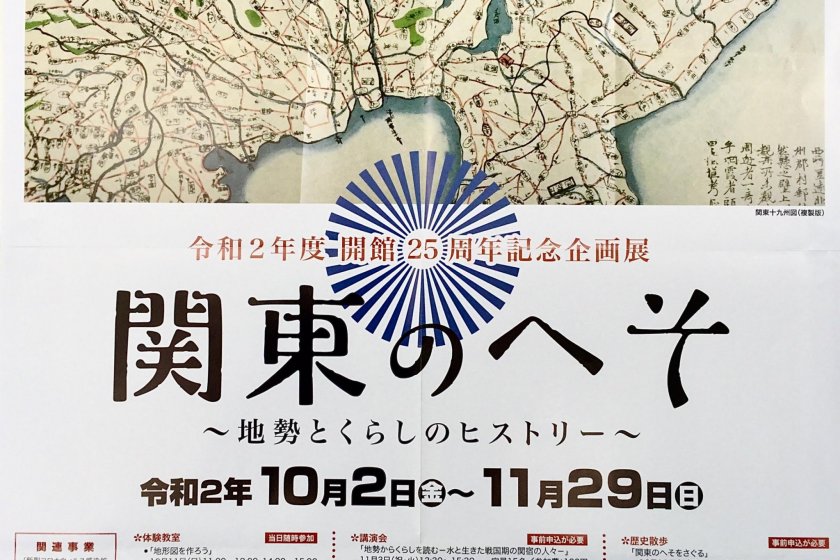 The Navel of Kanto: Terrain and Life

Sekiyado, the northernmost point of Chiba Prefecture now located in Noda City, doesn't often feature in tourist itineraries today. However, this spot is recognized as the geographic center of the Kanto Plain, encompassing the greater Tokyo area. Over the centuries, the wild river landscape presented survival challenges and commercial opportunities. Eventually, Sekiyado became the center of transport and commerce in the region.

The exhibition is presented by Sekiyado Castle Museum. This reproduction of an Edo Period castle hosts an exhibition exploring how the wild and untamed rivers shaped the lives of the people who lived there. As technology improved and warlords saw the potential of the site as a base for river trade, public works were built to contain the flooding of the Tone and Edo River.

In the Edo period river trade boomed, and the produce of the region fed the new capital city of Edo. Later, rail and road transportation rendered the river trades obsolete, so once again, the local people had to shift their focus. The exhibits trace the adaptations of the people in the heart of the Kanto region.

The view from the "navel of the Kanto plain" puts the artifacts and archival photos into perspective. From the top of the castle keep, overlooking the confluence between the Edo and Tone Rivers, visitors can see Mount Fuji, Mount Tsukuba, Mount Asama (an active volcano), and Tokyo Skytree. 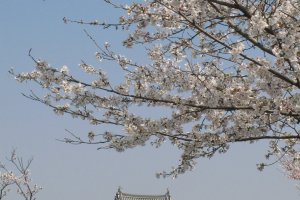 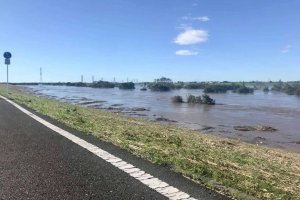 The Navel of Kanto - History of Terrain and Life (関東のへそ～地勢とくらしのヒストリ)

Geraldine Buergel 4 months ago
Sounds interesting, I was planning to visit the castle anyway, so now seems to be a good time!
Reply Show all 0 replies
1 comment in total