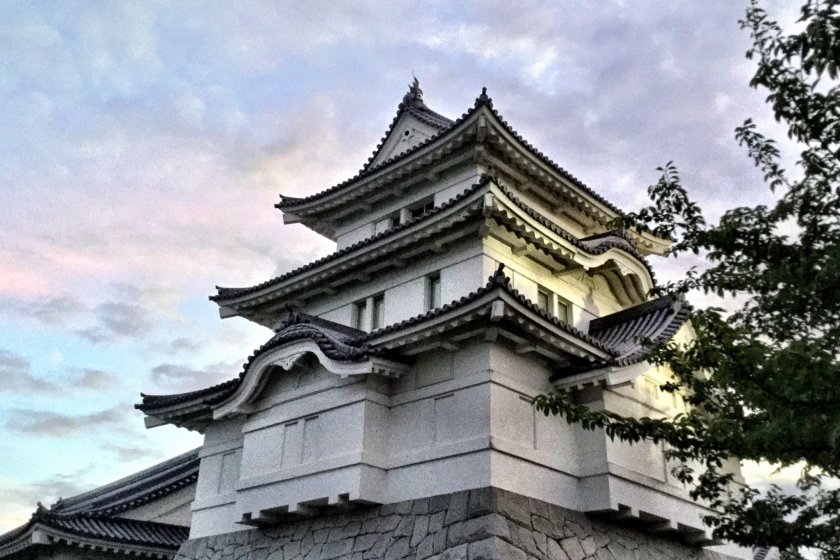 A castle with a view

In the Kanto region around Tokyo, there are dozens of castle sites that testify to the long periods of conflict and struggles for control throughout Japan’s history. Some of these sites are merely foundations and moats. Others retain original gates and towers, but unfortunately, the main keeps of these buildings have not survived to the modern era. However, many cities and prefectures have reconstructions of castles. In the middle of Kanto is Sekiyado Castle Museum, a reconstructed castle with a fine view of the whole plain.

The castle, reconstructed in the 1990s, sits on a high levee right where the Tone and Edo Rivers meet. The castle has a main keep with four levels, gates, turrets, stone walls, and a classic Japanese garden just outside the walls. The castle is regularly lit with floodlights, making it a great sunset photo spot.

Today, Sekiyado Castle is situated in a sleepy farming community, surrounded by a park and rice paddies. But in its heyday, it was an important site for river control and trade. Before the Edo Period, the Tone River was a wild and uncontrollable river which regularly flooded. Local people learned the habits of the river and prepared their farms for the inevitable floods. One highlight of the museum’s exhibition is a replica of a mizuka, an elevated building to escape from the rising water.

The next exhibit documents the dramatic changes of the landscape and the flows of the rivers as Edo developed into a major capital. In the 1600s, Tokugawa Ieyasu, the great general, undertook a massive public works campaign to direct the flow of the Tone River away from the new capital of Edo so that it emptied into the Pacific Ocean. His plan resulted in stable cultivation of rice, the currency of the era, and control of industry along the rivers. The museum keeps this display of data interesting through video displays, interactive maps and dioramas. Each exhibit room has illustrated pamphlets in Japanese and English providing both an overview of the exhibitions and details about artifacts, notable people, and daily life.

The observation room at the top of the castle keep has big windows from which visitors can see the Kanto plain in all directions. Above each window is a panoramic illustration of the geographical features that can be seen in that direction. On the day I visited, just after a typhoon, the marshes below the castle were a vivid green, and in the distance, I could see Mt. Fuji rising out of fluffy clouds, Mt. Tsukuba in Ibaraki Prefecture, and Mt. Nantai at Nikko. In clear weather, Tokyo Skytree can be spotted.

The castle is also the location for two big festivals every year. In April, the Sekiyado Sakura Festival celebrations include performances of traditional dance and folk songs, demonstrations of martial arts, historical recreations of warrior processions, and a market. In late August, the fireworks festival opens with live music and a laser light show.

If you are driving, you can combine your visit with a stop in Sakai Town on Ibaraki side of the Tone River. At the bridge is the roadside station Sakai Michi no Eki, and Goroko no Yu hot spring spa. 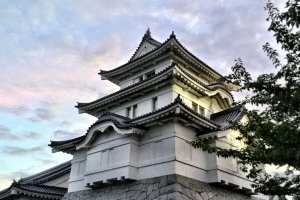 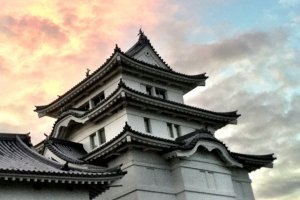 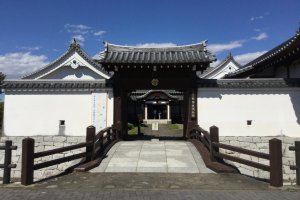 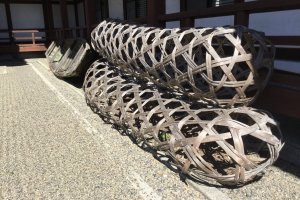 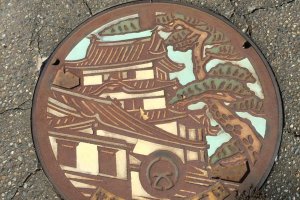 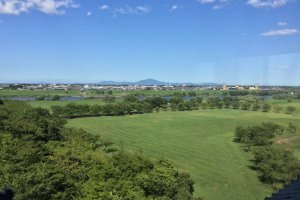 Sleiman Azizi a year ago
Was planning on visiting Sekiyado last time but wasn’t able to make it.
Reply Show all 0 replies

Kim B a year ago
The castle with the beautiful hues of the sunset make for gorgeous pictures!
Reply Show all 2 replies

Elizabeth S Author a year ago
The stretch of the Edo River in Noda City has four designated Mt. Fuji viewing spots. The sunset views are amazing.
Reply

Sleiman Azizi a year ago
'Designated Mt. Fuji viewing spots'... I just love the sound of that. What a clever way of promoting tourism.
Reply
4 comments in total