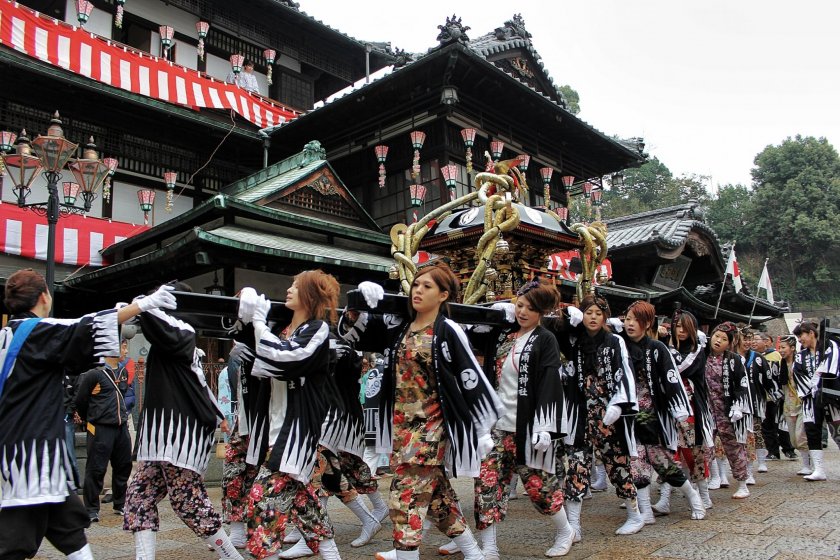 Every March, Dogo Onsen is dressed up in lanterns and red pinstripes to celebrate its cultural history and provide a platform for the local community to get together. The Dogo Onsen Festival is held for three days from 19 March, in the vicinity of Dogo Onsen Honkan and Dogo Station. Activities include parades in historical costumes, geisha games, and omikoshi portable shrines carried by the women of Dogo. There’s also a market for local produce on the middle day.

The onsen itself is saturated in folklore and has ties to Studio Ghibli, novelist Natsumi Soseki, and the Japanese Imperial Family. It's a lovely building and interesting in its own right.

What makes the March festivities distinctive is that many of the key players are women, including a female mikoshi procession – a refreshing change from the boozy machoism of Dogo’s autumn festival. Both festivals take place in front of Dogo station and through the Dogo shopping arcade. The autumn festival in September definitely has higher attendance, as hundreds of people swarm to get a glimpse of the battling mikoshi shrines.

The Dogo Onsen festival is quieter and sweeter, owing largely to the participation of local elementary school children. The main attraction is the dancing. The dancers wear yukata emblazoned with the Dogo Onsen insignia and incorporate the waving of their ceremonial towels in their parade through the arcade. This small procession happens every evening from March 19th –23rd. Mochi throwing happens at two-hourly intervals on the main weekend. There is also music and a modest selection of hot food stalls to enjoy alongside the usual (high-quality) fare of the shopping arcade.

Based in Matsuyama, Ehime. Life here in the biggest city on Shikoku combines all of the warmth of a more rural region with the conveniences of a metropolitan environment. For a taste of what the region has to offer, check out Awagami paper making and the annual Tsubaki Matsuri. My areas of interest include traditional Japanese crafts, ramen, onsen, and of course all things Shikoku. 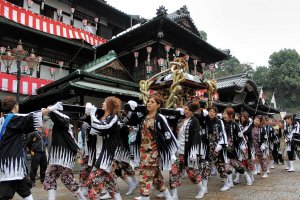 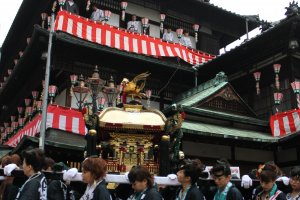 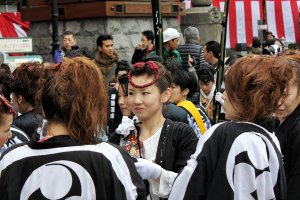 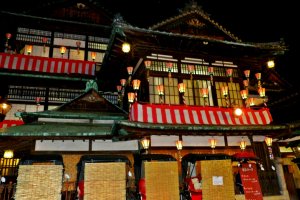 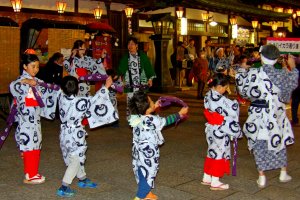 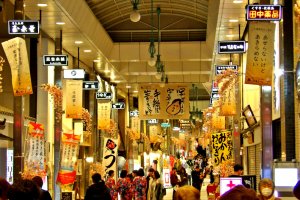