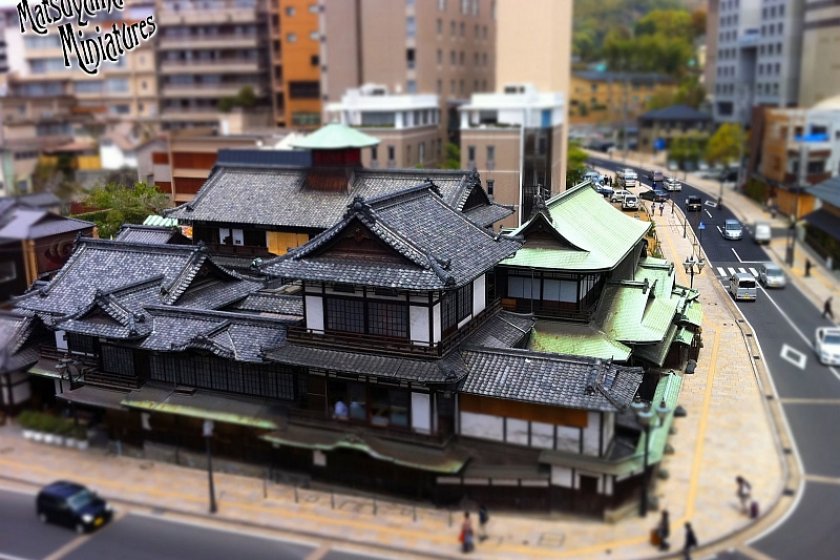 Inspiration of the animation "Spirited Away"

Dogo Onsen is said to be the model for the spirit bathhouse in the smash-hit animation “Spirited Away”. Unlike the bathhouse in the movie, there’s nothing obviously weird about Dogo Onsen, but the place does have an odd way of creeping up on you.

For a start, the officiousness of the different bathing courses, the odd signage, and the procedures described in the official pamphlet become a little disorientating. Has one paid for towels and a snack, or just the right to have a dip? Does one follow the blue carpet to the Water of the Gods, or the yellow to the Water of the Spirits and private lounge? Will one unwittingly make a terrible faux pas, like wearing one’s shoes in the bath, or getting into the Imperial Family’s private tub?

If you walk around the outside of the building, you’ll see that it’s very small. But once inside, it sort of ... expands. There are corridors here and there, and the changing rooms are large. If you head down a winding passage to the toilet (be sure to put on the slippers provided!) you can catch glimpses of the outside world through gaps and over fences. Light filters in from odd angles overhead. Sit in the bath for five minutes, and the heat will make you dizzy.

You see, Dogo is not an ordinary hot spring. It’s the oldest hot spring in Japan, with a history going back over 3,000 years. It’s been featured in tour guides since the year 759 when it got a mention in the Man’yoshu poetry collection. And it’s been popular not only with animals such as herons that discovered its healing properties, but also ‘small gods’ if the myths are to be trusted. Since Prince Shotoku apparently visited way back in the 500’s, Dogo has had a connection with royalty ever since. Indeed, a whole section of the main building, the Yushinden, is given over to the Imperial Family, with a special wing for the Emperor. Building this wing seems to have been an optimistic act, because the Emperor Taisho used it only twice, and Emperor Hirohito on just one occasion in 1950.

Promotional photographs of the Dogo onsen building are careful not to show the huge spa hotels that have grown up around it. Although the worst of these have been torn down quite recently, plenty remain. However, Dogo does have a special atmosphere of its own, with people wandering the streets in yukata robes, and a general old-time pokiness. Even the Emperor’s bath is pokey, gold leaf notwithstanding.

There are many other things to see around Dogo including the bizarre but captivating Botchan Karakuri Clock that puts on quite a show every hour, some rather sleazy areas of the type that tend to grow up around onsen districts in Japan, and a very pretty Meiji era train station. There’s also Dogo Park, site of an ancient castle, where a cat once stepped on a freshly thrown pottery plate (you can see the evidence in the little museum there).

The Michelin Guide gives Dogo Onsen three stars, meaning it merits its own trip. Yes, I would agree. 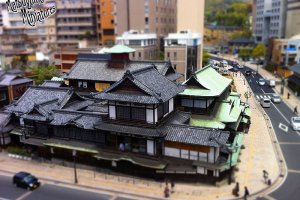 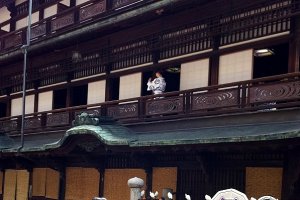 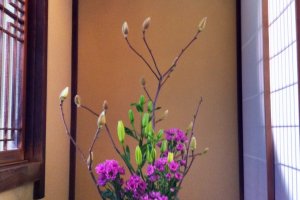 Victoria Vlisides 5 years ago
Photos are quite nice.
Reply Show all 0 replies

Asyraf Ramadhan 8 years ago
Wanna try this Onsen on my next trip. Nicely written article..
Reply Show all 2 replies

Novia Mardasari a year ago
Me too! I wanna try this onsen..
Reply
4 comments in total