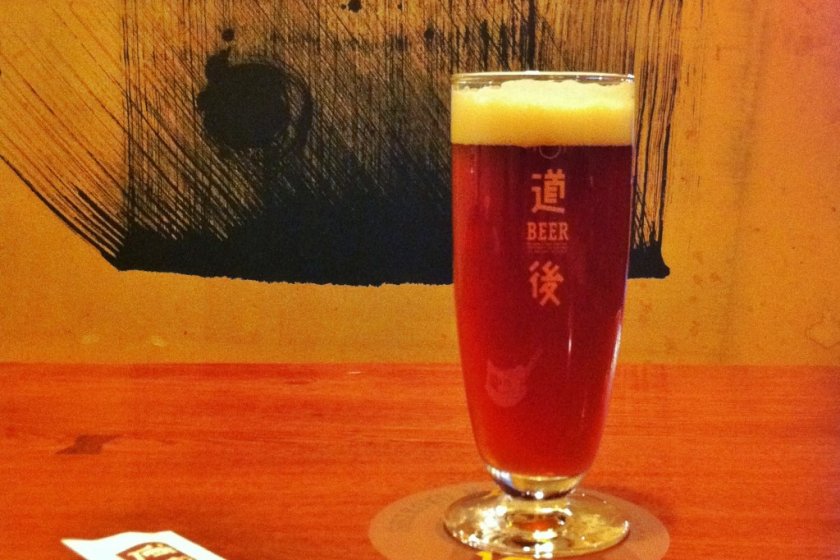 Dogo Onsen Honkan is a fantastic building of countless roofs and decorative features. It stands gloriously in its own little square. Just a few paces from the onsen building on one side of the square is another building that is winsome in its own way—chiefly the fact that it serves Dogo Beer on tap. This is the Dogo Biiru Kan Brewery Restaurant, sibling to the Nikitatsu-An restaurant next to the place where the beer is actually brewed.

The Brewery Restaurant looks very attractive from the outside, all stylish wood and glass, old stone, and the bright yellow noren curtain in the Dogo Beer brand color. The same blend of traditional and modern sophistication is found inside the restaurant too. But as a devotee of fine beer, especially ales and weitzens with their delicate grassy scents, I was disappointed to find that the restaurant smelled of smoke, care of a young gentleman in a suit at the bar.

I was seated at one of the low tables on the tatami around the sides of the bar and wasted little time in ordering the Uwajima-style tai meshi and a glass of the Madonna ale. It should be noted that this Madonna refers to Botchan’s love interest in the novel by Natsume Soseki, a source of names for nearly everything in Ehime.

Tai meshi comes in several forms, but here it’s slices of sea bream sashimi on a bed of hot rice, with a raw egg yolk, chopped spring onions and crunchy sesame seeds. Over this you pour a rich soy sauce, with wasabi to taste, and mix it all together. The sea bream itself is a delight to the visual and gustatory senses. Translucent with a pinkish, silvery tinge, it’s soft, rich and sweet. Combined with the other toppings, it makes a very pleasing concoction. It was accompanied by a little potato salad, a cold omelette, some salt pickles, and a delicate clear fish soup.

The beer, at 470 yen for a small glass, is pricey but most agreeable. The ale is distinctly malty, with a good grassy aroma and hoppy bitterness. For those who like sake or shochu, there’s a wide choice available from the excellent Nikitatsu brand, produced by the same brewer.

The Brewery Restaurant with its restful interior, jazzy background music, and good food and drink is a tempting option for lunch or dinner as part of a visit to Dogo Onsen. As the sign outside declares, “One gulp of beer taken just after a bath is the time when you feel most refreshed”. Amen! 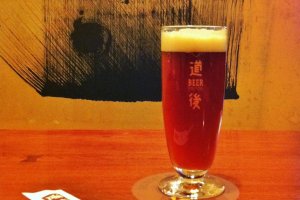 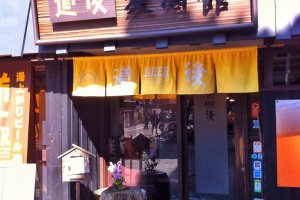 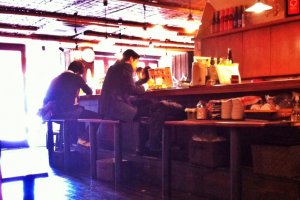