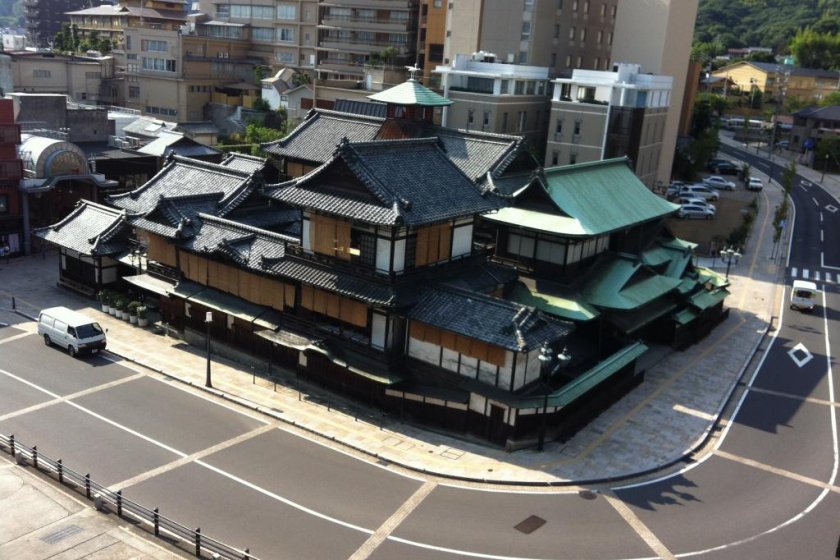 Soak in the essence of the city in Japan's oldest onsen

Dogo Onsen from above

Matsuyama is a place steeped in history and tradition. Apparently locals have bathed in the hot springs here for over 1000 years and the onsen in the world famous film Spirited Away is said to be based on Dogo Onsen. After a fairly long drive to get to Matsuyama, the onsen was the first place we headed to refresh and literally soak in the essence of the city.

I must admit, when I arrived in Japan around two and a half years ago, the idea of sharing a bath with a bunch of naked strangers wasn't top of my to do list, but now I love onsen. If you've never visited one before, the idea is that you clean yourself by shower before getting in the bath, then get in the bath, relax and rinse yourself afterwards with water, but no soap. You then leave the onsen feeling cleansed, relaxed and ready to take on the world, or your bed depending what time you visit the onsen!

Most onsens I had visited before were big, out of town spa type places. They have an array of baths of varying temperatures, bubbles, indoor/outdoor. They also have stand up showers, sit down showers, showers that fall from a great height and saunas. Dogo Onsen isn't like this.

You pay around 400 yen to take a bath, a little more if you'd like to rent a towel. You enter and walk to a basic changing room and two baths, surrounded by standard sit down showers. Simple, no frills and that's what is great about it. The back wall of the bath rooms are decorated with white tiles with a blue traditional Japanese scenic image. Old Japanese writing is carved into a concrete plinth at the center of the bath, which seemed to fascinate other bathers.

Personally I liked sitting in the bath pondering the range of people that have passed through here through time, from creative and political figures to the farm workers and people who have made the city tick over the years. The building itself has been here since 1896 and it's one of those places where you think the walls must have a decent story or two to tell...if only you could listen to them.

In the entrance I met a proud local, who was small in physical terms, but larger than life. She was almost reminiscent of the owner of the onsen in Spirited Away if you've seen it. She recommended we go to local shrine, Isaniwa Jinja, which is worth a visit if you're up for climbing a few steps. She also pointed us towards Dogo Koen, a local park. The panoramic view of the city you get from an observation deck there is magnificent. You're surrounded by a modern city watched over by Matsuyama Castle, perched on a nearby hill, keeping an eye things from a distance, just within reach. 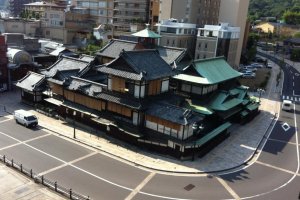 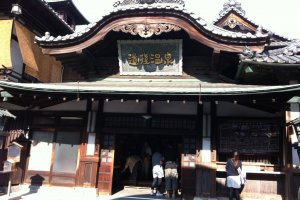 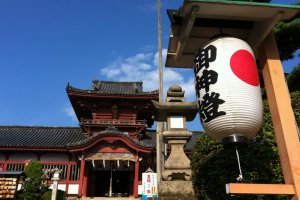 Elizabeth S a year ago
It's one of the most atmospheric onsens, laden with history, and not a little spooky.
Reply Show all 0 replies

Sophie Gabrielle 4 years ago
Thanks for all the info! Planning on visiting Mastuyama early september :) WIll make sure to stop by Dogo Onsen