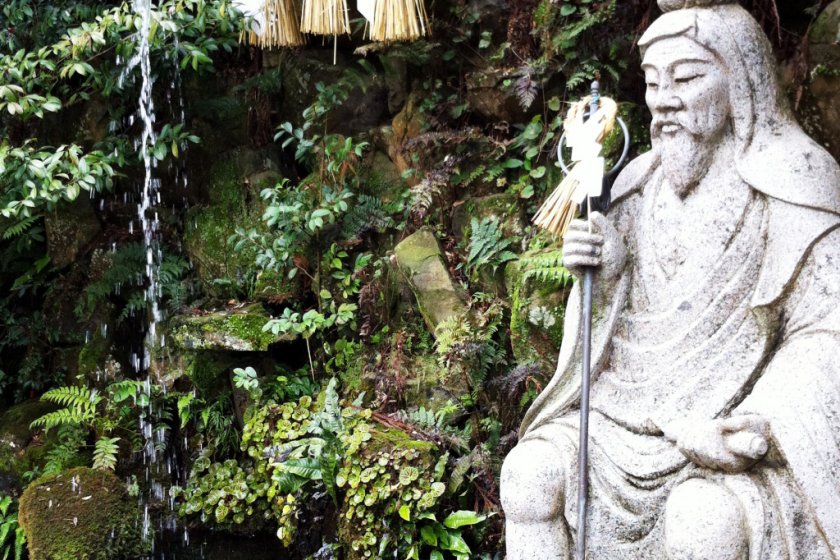 The shrine for worshipping the god of Mt. Ishizuchi

Mt. Ishizuchi, or Ishizuchi-san as it’s known in Japanese, is the highest mountain in western Japan. It dominates the scenery of Saijo, and the mountain itself is venerated as a deity. Centuries ago, it was also known as the abode of hijiri, holy men or magico-religious practitioners who had control over demons and other spirits on the mountain. Ishizuchi is the patron god of fishermen on the Seto Inland Sea who fly its flag as a talisman, and use the mountain as a landmark.

The shrine actually has four parts, one at the summit of Ishizuchi, two on the side, and the head shrine at the bottom. Here we’re interested in the one at the bottom which is the most easily accessible. It stands on one of the foothills of Ishizuchi in Saijo, and the temple compound winds its way up the slope through a series of different levels.

At the bottom, you pass through two torii gates, one painted red, the other of stone. There’s a car park on the left, and if you want to enjoy the shrine in its entirety, this is the place to park. Next to the car park is a new gate house in traditional style, with magnificent shishi lion guardians, and in the gate itself, wooden tengu, the long-nosed, winged beings who are said to inhabit Japan’s mountains. Beautiful pink cherry blossoms were flowering when I visited in April.

Beyond the gate is a path through a forest of bamboo and trees, including a big cypress bedecked with a Shinto straw rope and tassels. Insects buzz and birds sing. The atmosphere here is of an isolated, hallowed mountain. At the top of a flights of stone steps is a compound of fairly ugly concrete buildings which come as a disappointment after the first bit. But not to worry as the next section is wonderful, with mossy trees, a beautiful pond with carp, eccentric stone lions, and a rather awesome dragon fountain spewing water straight from the mountain. The final stretch calls to mind the route to the peak of Ishizuchi itself, which passes up steep rock faces hung with chains. Here, sweeping staircases with chains for handrails pass up through precipitous stone walls.

The main hall of the shrine itself is a painted concrete building. It stands in an expansive plaza with a broad view of Saijo and the Inland Sea. I went on a very hazy day and couldn’t see much, but on a clear day, the view will be spectacular. From the colorful hall came the sound of drumming. Inside, a priest stood next to an enormous drum, gently thumping out a sequence of constantly changing rhythms.

When you visit Ishizuchi Shrine, be sure to visit its neighbor, Maegami-ji, Temple No. 64 on the Shikoku 88 temple pilgrimage, which used to be the headquarters of the cult of Mt. Ishizuchi before Ishizuchi Shrine was formed in the Meiji period. 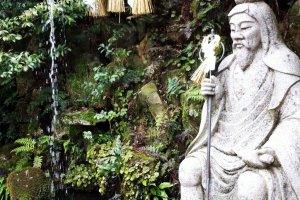 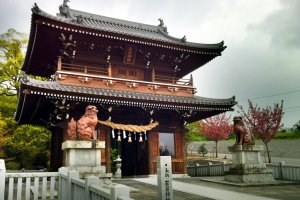 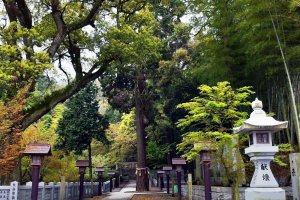 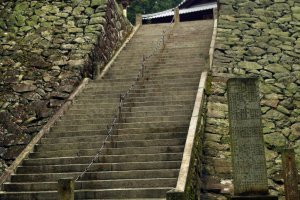 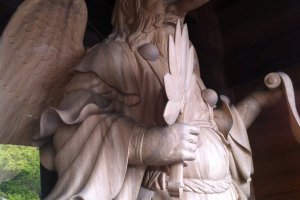 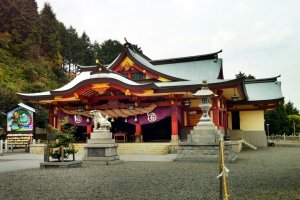