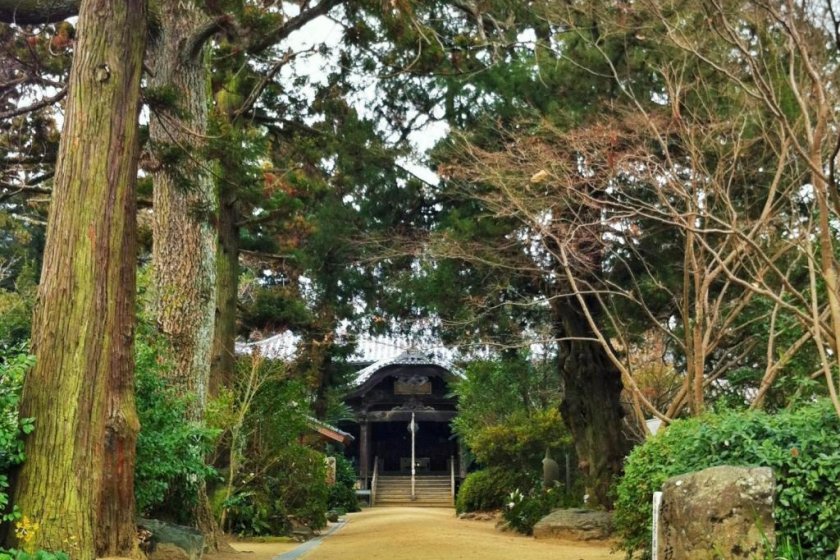 No. 46 on the Shikoku 88 temple pilgrimage

The avenue to the main hall

Joruri-ji stands among fields on a gentle slope in the south of Matsuyama. There’s nothing much else around but a few houses and the mountains that rise up in the near distance, giving the temple an atmosphere of quiet seclusion.

The temple building is largely hidden from view by the tall trees that surround around it. Among these are several ancient junipers. The Matsuyama Board of Education posts educational signs at all of the major temples in the city, and the one for Joruri-ji has this to say;

“The Juniper is known in Japanese as ‘Ibuki’. This tree is an evergreen of the Japanese cypress family and has both male and female varieties. These three trees, situated in the shrine grounds, are about 20 meters tall and are conjectured to be about 1,000 years old. The circumference of their trunks are 4.8 m, 3.5 m, and 3.2 m respectively.”

For trees of that age, they’re in remarkably good health.

When you climb the lichen-stained steps, the Main Hall comes into view at the end of a sandy avenue lined with trees. Little paths lead off into groves of shrubs with Buddhist statuary. The grounds are in fact a beautiful, well-tended garden. Next to the main hall is a bower of wisteria, and beyond it are ponds of lotus. In winter when I last visited, they weren’t much to look at, but in the warmer seasons, they’re a riot of green and pastel colors.

I was particularly struck by the appearance of the wood at Joruri-ji. It’s beautifully carved and weathered, with sinuous grain that forms abstract patterns. The beams of the roof are pasted with the names of pilgrim visitors, written in a variety of attractive scripts.

Every temple on Shikoku’s pilgrimage route has a building called the daishi-do to venerate Kobo Daishi, the founder of the pilgrimage. The one at Joruri-ji is joined to the main hall by a covered passageway for the convenience of visitors. Here I chatted with some o-henro-san pilgrims from Hyogo Prefecture who had just finished chanting a sutra, in two-part harmony. They were doing the pilgrimage by car in weekend blocks, spending the night at rather comfortable inns. As they made their way back to their car, I heard the man of the party break into song – the strains of some very secular enka came warbling over the lush green shrubbery.

I left my car in the car park behind Joruri-ji and made the short and scenic walk to Yasaka-ji. 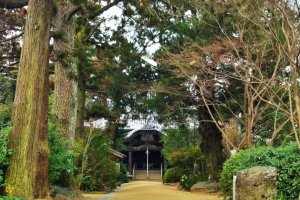 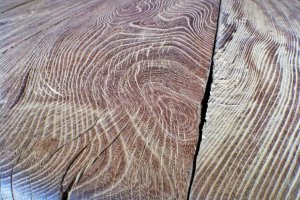 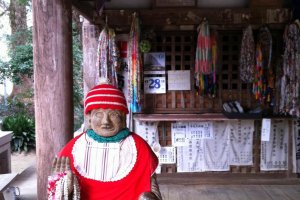 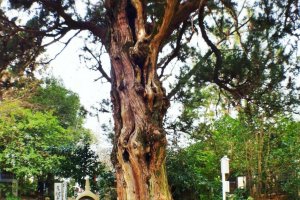 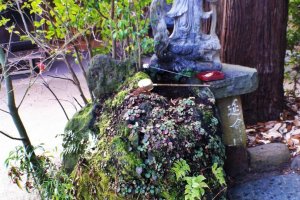 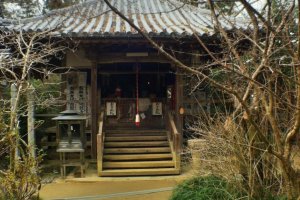