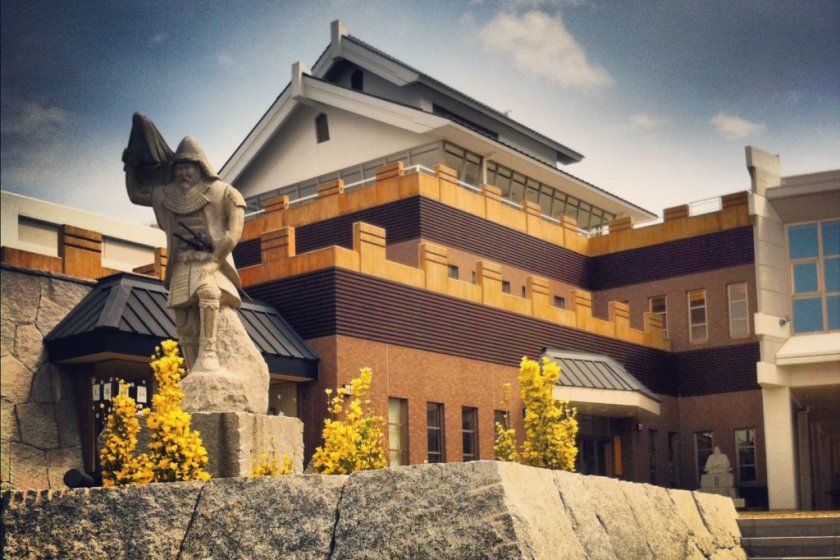 The pirates and coastguards of the Seto Inland Sea

The Seto Inland Sea is a shallow sea separating the island of Shikoku from Honshu, the main island of Japan, and Kyushu. Currents are strong in the sea due to the large tidal range, complex topography, and the narrow channels and straits. The tidal range is between one and three meters in the east, and three and four meters in the west. Tides easily produce currents of a few knots, and when the tide changes, the surface of the water is dimpled with whirlpools and split by seams of roiled water due to the different heights of the sea floor. From a distance, the sea looks beautifully calm. Close up, it’s positively frightening.

It was in this environment that the various suigun—feudal navies—arose and developed their unique livelihoods and culture around the Inland Sea. With their intimate familiarity with the currents that swirl between the many islands of the area and their prowess at fighting from boats, these sea dogs were pirates, coast guards, and local governments as time went by and depending on who you asked. The Murakami were based in the chain of large and small islands that straddle the sea between today’s Imabari in Ehime, and Onomichi in Hiroshima. This route is now linked by the Shimanami Kaido, an expressway with spectacular suspension bridges over the sea passages.

The first major island on the Ehime side is Oshima (‘Big Island’), home to a museum dedicated to the Murakami Suigun. Fittingly, the building itself looks like a fortress of some sort, facing the sea and more islands to the north. Inside, it’s bright and airy. The exhibits are actually rather sparse—outside there’s a replica of a paddle-driven ‘speedboat’, and inside there are dioramas, weapons, armor, pots and cultural artifacts. The final room is the best—there’s an empty suit of armor sitting slouched, holding a viciously barbed pole. That night I woke up in a cold sweat, dreaming of him coming at me in a boat from between huge whirlpools.

On the third floor, there’s a viewing room with a wide but not particularly spectacular view. The large satellite picture on the floor showing the islands is a good deal more interesting. Downstairs next to the lobby is a small cafeteria and souvenir shop.

The suigun maintained their independence in the face of frequent efforts to eliminate them. Even today, Imabari is crawling with people with the surname Murakami. Nothing but pirates, all of ‘em! 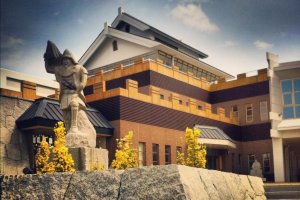 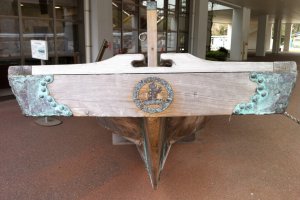 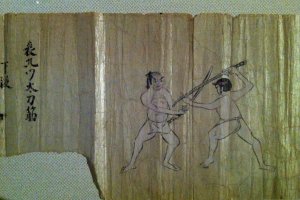 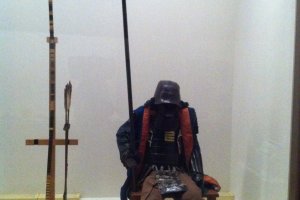 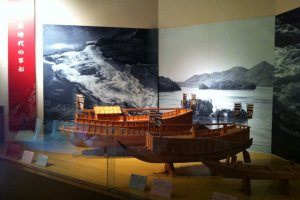 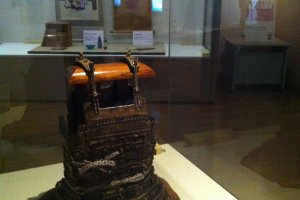 Elena Lisina a year ago
I like to visit the historical places and museums! Thanks!
Reply Show all 0 replies

Herb Y 4 years ago
Thank you for this historical information regarding the Murakami Sui-gun in your postings. My mother is from Ehime, and her maiden name is Murakami. So, it has been interesting to read about family history.
Reply Show all 0 replies
2 comments in total