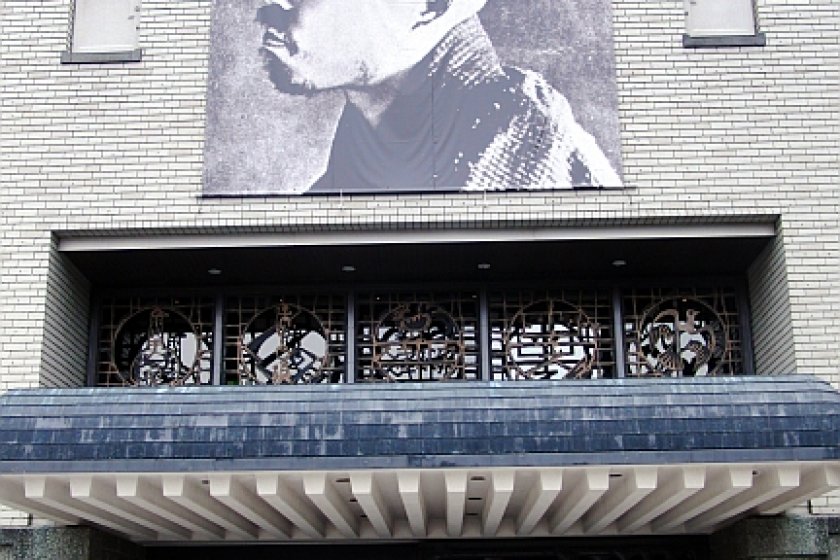 A ponderous memorial to the haiku poet Masaoka Shiki

Masaoka Shiki is a Matsuyama hero, revered as the genius behind the revival of haiku and the establishment of its modern form. He lived a short but active life between 1867 and 1902, dying at the age of 35. As a teenager, he helped to popularize baseball in Japan and for this he was recently inducted into the Japanese Baseball Hall of Fame. He also served as a journalist in China covering the aftermath of the First Sino-Japanese war.

As one of the four haiku masters of Japan and the most recent, it’s not surprising that Matsuyama takes pride in its poetic son, and seeks to memorialize his very short sojourn here. To this end, the city built the Matsuyama Municipal Shiki Memorial Museum, a huge edifice in Dogo, and one of the stops on the Saka no Ue no Kumo walking trail.

It seems ironic that a tiny, seventeen syllable poetic form could call into being such an imposing building, but there it is, squatting massively at the edge of Dogo Park. It costs 400 yen to enter, and if you opt for the multilingual audio handset, a further 200 yen. Overcoming my considerable reluctance to pay the princely sum of 600 yen, and to enter such a bombastic structure, I made my way around the exhibits with the handset. The displays are presented in a dull, old-fashioned way. Everything is behind glass, and all is dimly lit. Apart from a few explanations in English, the captions are all in Japanese making it hard to know what anything is. The audio handset isn’t much help either – the text is read slowly and laboriously by a Japanese gentleman, and it only covers a fraction of the exhibits.

Nevertheless, the character of Shiki does seem to emerge from all this ponderousness, just as his strikingly original poems came forth despite the debilitating pain of his various illnesses. Shiki’s paintings, whether reproductions or originals, are a testament to his powers of observation and his determination to produce art in the face of major obstacles. It’s just unfortunate that the museum fails to present him adequately, especially to a foreign audience.

Those who are devoted to haiku will no doubt get something from a visit to the Shiki Memorial Museum. But the Shikido, another stop on the Saka no Ue no Kumo walking trail  is a more fitting tribute, because it captures the small scale at which the man himself lived, even if his impact and activity was great. 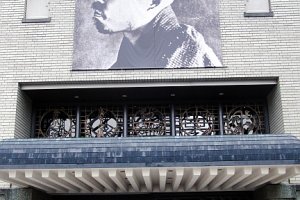 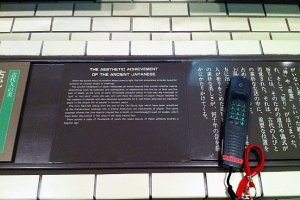 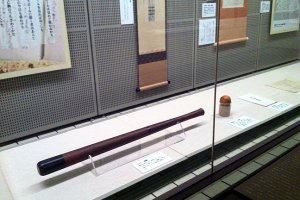