The small town of Echizen holds some sharp legends

The town of Echizen holds another long-standing tradition besides its famous washi paper – its cutting-edge knife culture. For one to truly understand what makes Echizen famous for its knives, one must immerse themselves in the tradition: firstly by witnessing the tedious process of forging a knife, and secondly by literally immersing themselves into the experience of making a knife of their own.

I had such a day planned to visit the various walks of Echizen knife culture, with the first stop being Takefu Knife Village. Here, visitors are able to make their own knives, with varying prices dependent on the type of knife made, and reservations to be made prior on their website. I had the opportunity to make a small one, and it was a most interesting experience. With a teacher patiently explaining each and every step, while ensuring that I don’t accidentally burn myself/chop something off, it was fascinating to see how a nondescript piece of steel gets heated up, molded, fortified by liquid toishi (砥石, whetstone) and sanded down to its completed form. For a process so difficult to execute for beginners, it was great to see the old pros working their expertise, paying immaculate detail to every single step of the process.

The next stop was meeting a legend in this town, Mr. Shimizu Masaji, one of only three people in Japan who is capable of forging a magurogiri, a knife for cutting tuna that measures around 1.5 meters in length. Visiting him at his factory, Shimizu Uchihamono, one can see the prowess of the legend as he heats up steel plates until they burn bright red, and forming them using a large steel pounder, ensuring that every single detail of the steel plate is pounded properly for fashioning into a knife.

The last stop of the day was the Takamura knife factory. I had absolutely zero prior knowledge of this factory’s fame until one of the two Takamura brothers, Terukazu, showed me pictures of him with chefs from Noma in Copenhagen (voted best restaurant in the world for 4 years), with top American and Japanese chefs, and even a collection of knives made in collaboration with the notorious Gordon Ramsay. If one thinks that their claim to fame is just hype, its only until one sees the process of creating a Takamura knife and trying it out can one attest to its top-notch quality. Compared to buffering my own knife once this morning, a Takamura knife goes through at least 6 to 8 buffers, and also incorporates their signature High Speed Powdered Steel into the creation process. Trying out a knife that costs 45000 yen, it cut through a raw carrot with absolutely ease (And all the while I thought carrots were just impossible to cut smoothly!).

Terukazu Takamura explains that even though stainless steel knives looking aesthetically pleasing, they are not good for cutting. However, the Takamura brothers put a lot of R&D into making stainless steel knives, and now their knives not only just possess exquisite aesthetic detail, they are some of the best in the world. To think that even with their life’s work and their reputation, they remain grounded, honest people and it’s simply amazing to see that contrast.

It was a fantastic day of exploring the knife culture in Echizen city, and to meet legends that have put Echizen on the map through their dedication to their craft. I might not possess the ability to fashion a knife worthy of Echizen’s reputation, but at least I’ve gained some sharp insight into what makes this Echizen culture second to none. 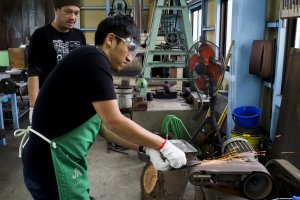 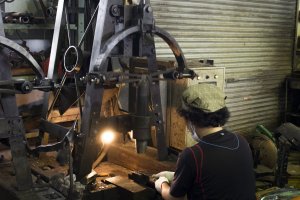 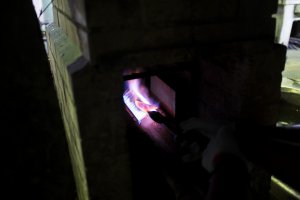 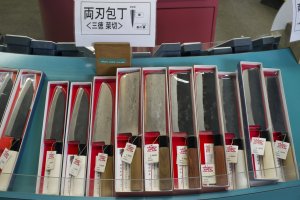 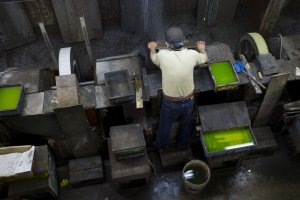 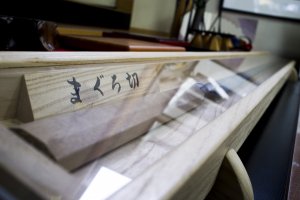 Jerome Lee Author 6 years ago
Haha yeah, thanks guys, I am really fortunate indeed. What's really amazing is that these people are just so grounded despite being world-renowned, and they are cool as well. I heard that Terukazu Takamura is in a rock band as well. As if he doesn't deal with enough metal =P
Reply Show all 0 replies

Tom Hanaway 6 years ago
Wow! Very cool, Jerome. You are very lucky to experience something so unique.
Reply Show all 0 replies

Justin Velgus 6 years ago
Wow, interesting stuff. You met some real legends! Looks like the website is all Japanese, BUT there is a Google Translate option added in the website. By clicking English, I was able to easily navigate the site and find the knife classroom experience you mentioned.
Reply Show all 0 replies
3 comments in total