The drama of eating ramen in a theatre-like setting

Mengekijo Genei Ramen in Fukuoka's Yakuin district does not seem particularly outstanding at first. A small metal shed-like building on a street corner with a large dark wooden door announcing its name. Even as you open the door, you wonder if you are in the right place as you are faced with a large wall - a small sign tells you to head left and go around the wall.

And when you do, it's like walking into a mini auditorium. Patrons are seated in tiered seating facing the front, as if attending a lecture or watching a performance. And the stage is taken by the chef himself, a large window facing the audience come hungry patrons, and you can watch the chef prepare your ramen with utmost care and even some flair.

Perhaps it is the drama of watching the performance of your food being prepared, or simple because Mengekijo Genei's tonkotsu ramen is well known for being MSG-free, the result of dedicated research and experimentation by its creator Hideki Irie. So confident is he in his recipe that his menu only carries four items in total - the original version, a shoyu version, a spicy tan tan noodle version and another seafood version ranging from ¥750 to ¥950.

I opted for the Shoyu version and watched as the chef tossed and strained my noodles, and finally served it up to me. It was a quiet weekday night and there was only another couple in the restaurant, so the chef took a break after he prepared my bowl and I did not get to see any further performances. The soup is exceptional, lighter than the usual tonkotsu fare and so tasty - I drank all of it. The handmade noodles were thin, springy and slightly translucent.

The staging and the performance seems a gimmicky idea at first, but the execution and the quality of the noodle will keep you coming back for more. Definitely worth a visit if you are in the area. 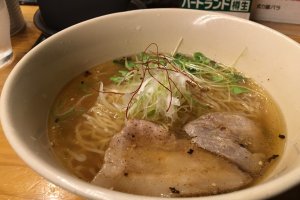 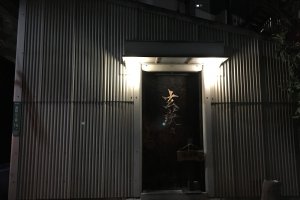 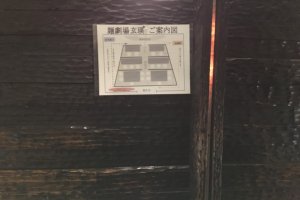 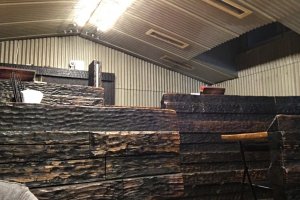 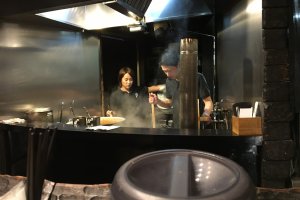 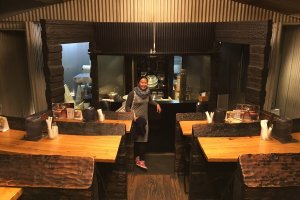 Kim 4 years ago
Bookmarking this for my Fukuoka trip later this year! What a fun and quirky seating setup - dinner with a view!
Reply Show all 0 replies
1 comment in total