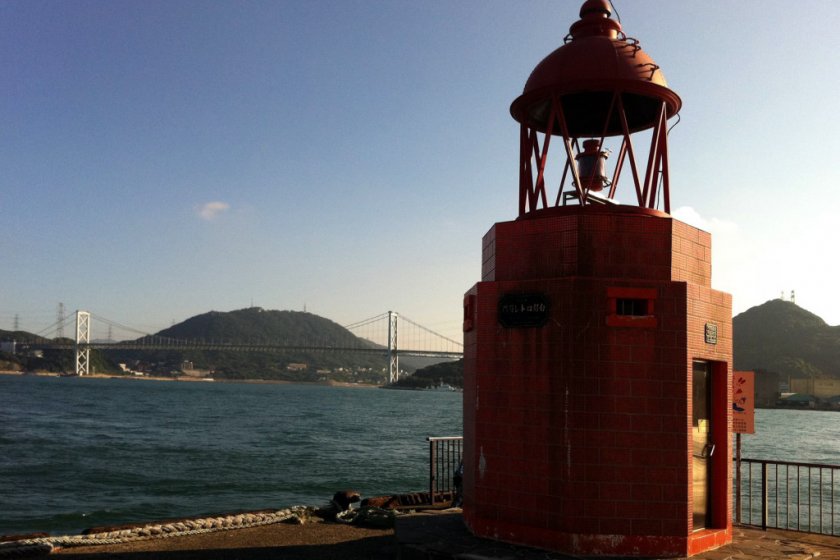 Mojiko Retro: Waterfront District with a Touch of History

A wonderland of old-time style and elegance

Retro lighthouse on the Kanmon Straight

Mojiko Retro Area in the city of Kitakyūshū is a wonderland for tourists, located close to the Kanmon Straight between Kyushu and Honshu with its spectacular suspension bridge. Once a major international port, Mojiko is now a small backwater compared to the nearby Kokura district. However, great care has been taken in preserving many of the buildings from the Meiji and Taisho periods (1872 to 1931), making the district a magnet for people in search of old-fashioned style. In Japanese ‘retro’ is used to describe anything from the last century and a little earlier, and this is what the Mojiko Retro Area is all about.

When I visited, I went by bicycle from Kokura to Mojiko along the quayside that lies right along the Kanmon Straight. I encountered many wonderful brick buildings and picturesque warehouses on the way. However, most visitors will probably use the train, arriving in Mojiko Station. The station itself is built in a neo-Renaissance style and is a very atmospheric introduction to Mojiko, from its fine architectural details to the rickshaw men waiting outside offering tours to visitors. The rickshaw people will give you a very good tour if you understand some Japanese.

Within easy walking distance of the station, you can find many beautiful buildings from the last century, many of which are still being used for their original purposes such as banks and shipping offices. The tourist authorities of Mojiko provide helpful maps in several languages showing all of the buildings to visit.

Mojiko holds events throughout the year. When I was there, a triathlon was happening and the little square dock which forms the center of the Retro Area was full of people swimming, while others were running around the outside. I got myself a glass of excellent Weizen beer at the brew house and restaurant on the dockside, and sat on a bollard watching people of all ages trundle past. Some of the fireboats that protect the shipping in the Straights were putting on a display of spraying with colored water in the sea nearby as additional entertainment.

Besides the old buildings, the Kyushu Railway History Museum is a must-see. Located in a fine brick building packed with interesting exhibits, it also has an outdoor section with real trains from the 1920s to 1960s, including two steam locomotives.

Mojiko offers an embarrassment of riches. You can race round in a morning and see just about everything at a dash, or spend a couple of days here and explore and savor the atmosphere if time allows. Not all of the buildings are old – there are some good examples of modern architecture too, and some of the ‘retro’ is careful reconstruction rather than original, not that it makes much difference.

The area has a number of gastronomic specialties including baked curry and locally caught blowfish (fugu), octopus and squid which are worth investigating. Time was short when I went to Mojiko, and although I did a great deal, I hope to go back. 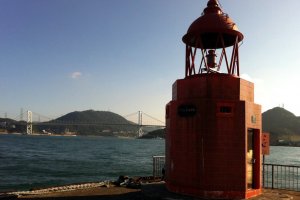 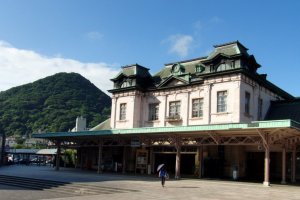 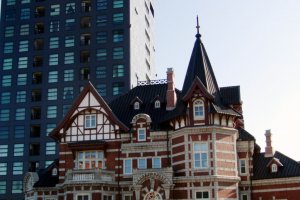