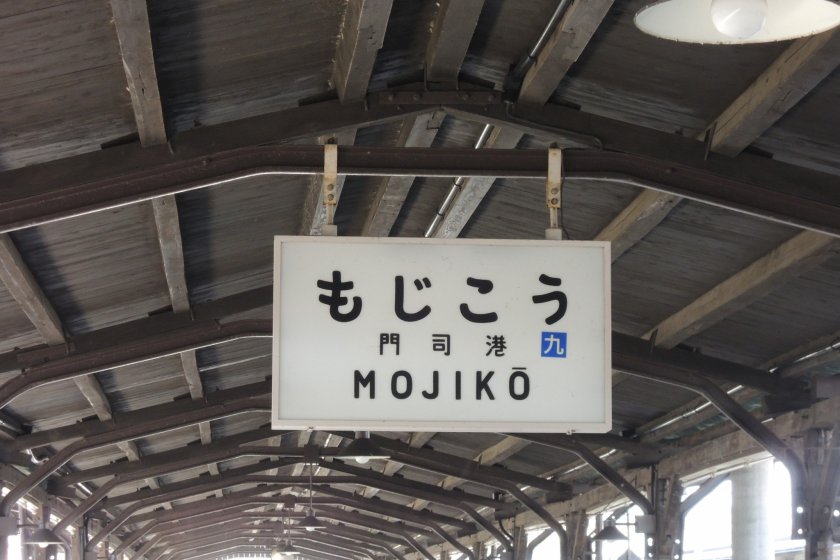 Mojiko Station in Moji Ward, Kitakyushu City, is the most northern station in Kyushu and terminal of the JR Kagoshima Line, which takes you to Hakata and urban Fukuoka, Kumamoto, and even all the way to Kagoshima. This station serves the fashionable and entertaining port district with a number of old Western style buildings—not to be confused with nearby Moji Station. Although the trains are running, the retro part of the station is undergoing extensive reconstruction and cannot be seen due to a scaffolding cover from September 2012 to March 2018. When not under construction it is one of the classiest stations you’ll find in Japan. It reminds me of the architecture of Tokyo Station; though using wood instead brick, it has a similar retro-ness about it.

The oldest station on the Kagoshima Line, Mojiko Station opened in Meiji Year 24 (1891), though the station was redesigned in Taisho 3 (1914). The updated building was done in Neo-Renaissance style under the supervision of German engineer Hermann Rumschottel, who turned it into one of the most distinguished stations in Japan. The bathrooms have been rebuilt but the style has not changed from when it was first made. It is full of tiles and bronze sinks. An important historical building, the station is officially designated as one of Japan’s National Treasures.

With over 5,000 passengers coming through the station each day, the area has a lot going on and makes a great place to visit. In fact, if you like Neo-Renaissance style architecture, you’ll enjoy the whole Mojiko Retro port area. Many of the buildings were built during the Meiji and Taisho periods in Western style with red bricks. One of the most popular tourist spots is the former Moji Mitsui Club. This wooden lodge once hosted Albert Einstein and his wife in 1922. The rooms are kept in the same way as when the great scientist spent his nights there. The beautiful and relaxing Library of International Friendship is also nearby, as is some good food. Other popular attractions near the station include Ganryu Island. If you like Japanese history and especially samurai history, you’ll definitely want to visit this island. This is where the great Japanese swordsman Miyamoto Musashi fought Sasaki Kojiro. The Kyushu Railway Historical Museum is also a rewarding, hand-on place you can meet engineering marvels.

Beyond the history, the area is a popular place for couples and groups to spend a day or evening. The scenic views along the waterfront have attracted restaurants, shopping, and plenty of entertainment.

If you’re looking to cross the strait from Kyushu to Honshu, Japan’s largest island, and reach Shimonoseki, Yamaguchi, Hiroshima, or Osaka, you can take a train back a few stations to Moji or Kokura Stations and transfer. If you prefer a water crossing to Shimonoseki, near Mojiko Station is also the pier to leave for Yamaguchi Prefecture. You can also take the Kanmon Kisen ferry to get there in less than five minutes. By car, visible from here is the Kanmon Bridge spanning the strait dramatically.

Mojiko Station is a station filled with history and worth a visit even if you aren’t taking a train. If you haven’t added Mojiko Station to your list of to-dos I recommend adding it and see it for yourself. 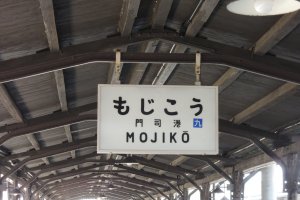 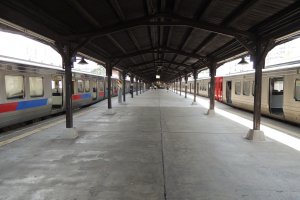 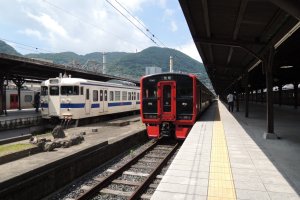 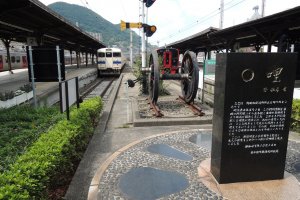 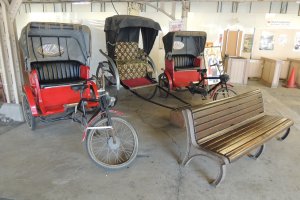 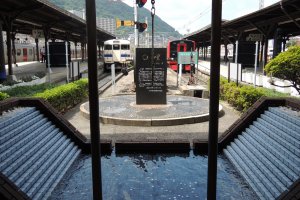