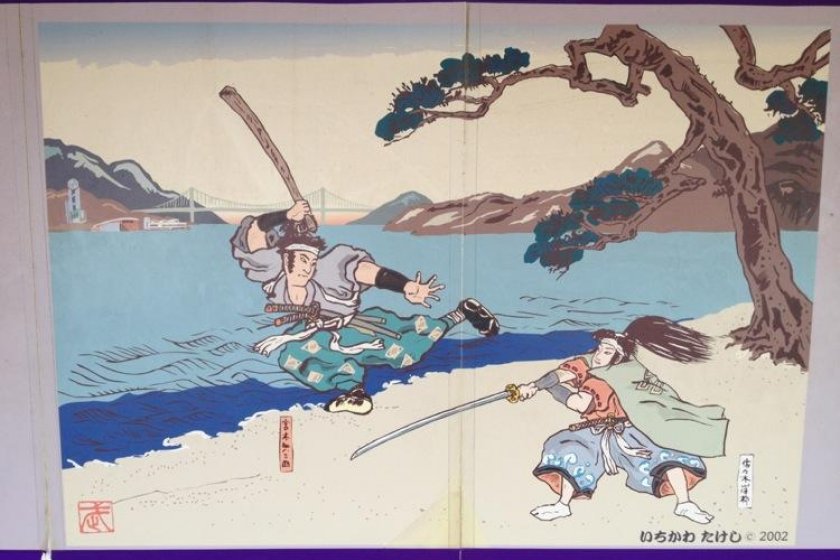 Painting depicting the duel between Musashi and Kojiro (Photo: PPF)

Anybody who has studied the martial arts, or who has any interest in Japan will know the name of Miyamoto Musashi, the greatest swordsman in samurai history.

In the calm waters of the Kanmon Straights, just off the coast of Shimonoseki, is a small boat shaped island, formerly known as Funashima, or Boat Island. For over 400 years its name has gone down in history as Ganryujima. A little over 300 meters long, and just over 100 meters wide, the small island with virtually no attractions as such, is world famous as the site of the most celebrated duel of the samurai period, the fight between Sasaki Kojiro and Miyamoto Musashi.

The great duel took place on the morning of April 13, 1612. The two arch-rival swordsmen, Musashi and Kojiro had agreed to meet on the island at 8am, however Musashi failed to arrive until a little after 10.

As he was being rowed to the small island, Musashi is said to have fashioned a wooden sword from an oar, with the intention of fighting with that, instead of a real sword. As his boat approached the beach, Musashi nimbly jumped out into the knee deep water and faced Kojiro.

“You’re late!” snarled Kojiro, drawing his oversized sword and angrily casting the scabbard into the water. “You’ve lost,…” answered Musashi. “What makes you think that?” spat Kojiro moving menacingly forward. “If you were going to win, you’d need your scabbard again later,” answered Musashi calmly striding out of the water and onto the beach, holding his carved oar behind him.

With a roar, Kojiro made the first move, and in an instant Musashi struck him down. Rumor has it, that as Kojiro slumped to the ground dead, Musashi’s headband fell away, sliced by Kojiro’s near fatal cut.

Musashi then bowed to the official witnesses, returned to his boat, and was rowed away.

Ganryujima is accessible by a ten minute ferry from Shimonoseki Harbor for just 400 Yen. Regular services mean you won’t have to wait long. Give yourself at least an hour to wander the island, see the site of the duel, and the statue depicting the single combat.

Apart from a rather handsome statue of the two warriors in battle, there is a sign post and boat shaped marker pointing out the actual site of the duel, and a memorial to Sasaki Kojiro. Apart from that, there really isn’t much to see on Ganryujima. While there are some free for use BBQ and toilet facilities available, there are no shops, or eateries, no souvenir stands, nothing. Nothing but the atmosphere of just being there!

And for a fan of the great Miyamoto Musashi, that is more than enough! 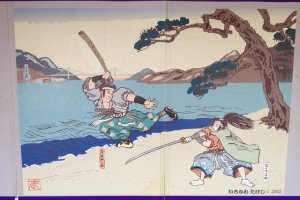 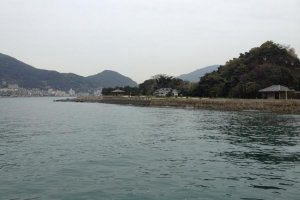 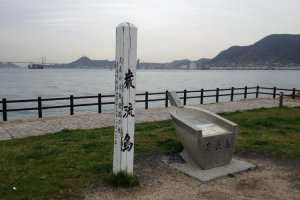 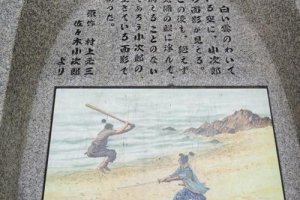 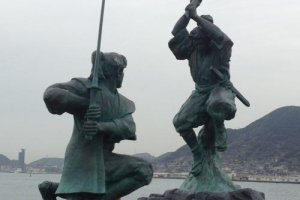 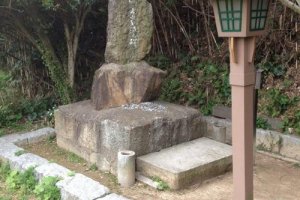 Kim 4 years ago
Sounds like a really interesting spot with lots of history!
Reply Show all 0 replies
1 comment in total