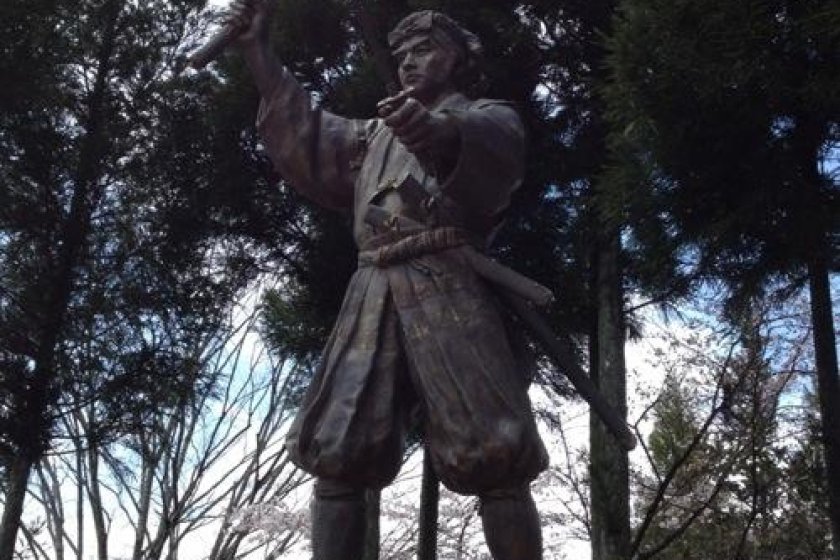 The Birthplace of Miyamoto Musashi

In the north east of Okayama Prefecture on the border of Hyogo Prefecture, is the quaint little village of Miyamoto in Mimasaka. Very few cars traverse the narrow roads between ancient looking farmhouses. A cold wind blows through the leafless trees in the winter, and cicadas sing loudly in the hot, humid summer. Time has barely changed the sleepy village, and it would seem that nothing extraordinary, or of note ever happened here.

Except that the greatest of all samurai swordsmen, Miyamoto Musashi was born here.

Born Shimnmen Takezo in 1584, the 13 year old Musashi entered his first duel against a wandering samurai named Arima Kihei, and beat the man dead with a wooden staff Not long afterwards, he left the village to participate in the Battle of Sekigahara, and over the next few decades he traveled the country looking to improve his techniques taking place in over 60 duels and battles, never to be defeated.

He was an accomplished painter, carver, metalsmith and writer, penning the world renown book on strategy known as the Go Rin no Sho, or Book Of Five Rings. His exploits became legendary thanks to Japanese author Yoshikawa Eiji’s serialized newspaper chapters that eventually went on to become best selling books.

Access is best made via train. The Chizu Express lines’ Miyamoto Musashi Station. The unattended station straddles a single line between Hyogo’s Kamigo in Ako and Chizu in Yazu District, Tottori Prefecture, and opened in 1994.

Beside the station, the statues of a young Musashi and his friends greet you. A walk through the town will take you all of 20 minutes at a slow pace. There really isn’t a great deal to see.

The house of his sisters’ family can still be found, and their descendants continue to live in Miyamoto. The site where Musashi was born, and that of his friend, Hon’iden Matahachi can be seen and nearby, Miyamoto Musashi Shrine stands overlooking the otherwise inconspicuous town. There are a number of sites familiar to readers of the Yoshikawa book to be seen in the quiet country town. The small shrine where Musashi is said to have been inspired to develop his two sword style of fighting also remains in the farming villages central area.

A small museum dedicated to the great swordsman is usually open, but for a swordsman of such renown, and a hero to so many, the museum is rather disappointing. The only real artifact of note is one of the few tsuba sword hand guards forged by Musashi. For the martial artist inclined, the local dojo, or martial arts training hall is most impressive. Shaped like a samurai helmet, the visitor with the right connections and speaking ability may be able to participate in a training session. Lessons in the famed Two Sword style created and perfected by Musashi are also taught here. A fine statue of Musashi with both swords drawn can be also found in the Miyamoto Musashi Village area.

While Miyamoto Musashi’s birthplace has become a tourist destination, you don’t come here to see much, you come here to feel the history, and to walk in the footsteps of the greatest samurai of them all. 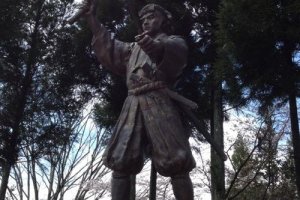 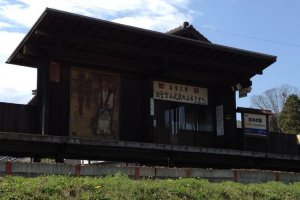 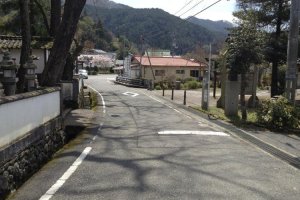 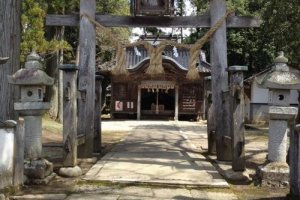 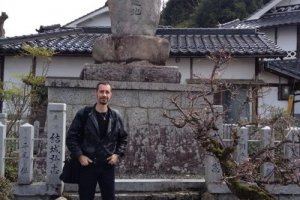 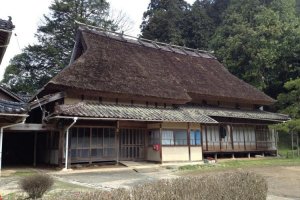 Elena Daurtseva a year ago
Very interesting, thank you
Reply Show all 0 replies

Wayne Irvine 2 years ago
I’m here, now, staying in the rooms at the Miyamoto Musashi Museum.

Keep in mind a lot of the information shown here comes from the fictionalised serial, book and movie by Eiji Yoshikawa. In reality Musashi was buried in Kumamoto, although even there he has two graves, Musashizuka and Nishi Musashizuka. The Miyamoto family graves are here, and it’s possible that Iori had some of Musashi’s bones move here (the Japanese are strange like that. I’m here partially for my father in laws internment) but I know of no record of it.

The first statues you are greeted by at the station are young Takezo (Musashi’s childhood name), Matahachi and Otsu. The latter are fictional characters from the Yoshikawa.

And there is no record of Musashi fighting for the losing side at Sekigahara. This was a plot point of Yoshikawa’s. Musashi’s father, Munisai was aligned with the east and fought at the time with Kuroda Yoshitaka in the siege of Tomiku castle.
Reply Show all 0 replies

Sky Austin-Martin 5 years ago
Hi Chris - I'm planning a trip to Japan in late October / early November and my partner is very keen to check out this spot as he's a keen Miyamoto Musashi fan. Having read your review here, I suspect this could easily be done in a day. Where would you suggest we train in and out of to do this? We were thinking of coming in from Osaka but happy for your suggestions. And did you have any other suggestions of Miyamoto Musashi spots that might be worthwhile visiting?
Reply Show all 1 replies

Wayne Irvine 2 years ago
Sky, did you get here? Miyamoto is a wealth of sites related to Musashi. Other sites are Ichijoji in Kyoto, Ganryu Jima and Kokura near Kita Kyushu. Oh, and Kumamoto is great too. Regaindo Cave, Musashizuka, the Shimada Museum.