When you think of cycling destinations in Japan, you’re not wrong if the first places that come to mind are the famous Shimanami Kaido route or tackling the menacing 230km loop around Biwa Lake. However, venture into the mountains in rural Hyogo Prefecture and you may be surprised with the hidden secrets that lie within.

The collaborative efforts between the Himeji City Hall and its surrounding cities and towns, Shinki Bus Company, Toppan Printing Company, and ASAHI CO.,LTD. (Bicycle shop) aim to unlock the cycling potential of the Harima Province, located in the southwestern part of the Hyogo Prefecture. Dubbed as the “Harima Clusters”, they hope to compete with the other famous cycling routes available in Japan by mapping out various potential routes, making the roads bicycle-friendly, and by providing “Aid Stations” as hubs where bicycles can undergo maintenance and repairs as well as providing a rest stop. Eight cities and eight towns will eventually be connected via the proposed routes, and I had the fortune to trial a route around Shiso City.

A bus dropped us off at the Ichinomiya branch of the Shiso City Hall. After a briefing session, our professional guides split us into small teams and we started our 20 km route. Our first stop was Niwata Shrine hidden in the Ichinomiyacho Kaminoda area. This shrine is one of few left with a Dohyo (a sumo ring) which is sacred ground for performing sumo rituals to honour God and the spirits. Behind the shrine, there is an area where water reaches the surface from the ground. This is historically known as the first place where sake was made by the water and yeast.

We continued our journey with mountains towering around us. Weaving in and out of small village roads took us to Harima Ichinomiya Michinoeki. A michinoeki ('road station') is usually found in the countryside and is a pit stop offering locally sourced fruits and vegetables. At this particular one, we were able to eat a fantastic meal of piping hot egg with purple rice and miso soup for a mere ¥500. After filling ourselves with a healthy lunch, we moved onwards to see Nagarebashi (lit. 'flowing bridge'). Quite aptly named, the bridge is made to be washed away with ease in order to avoid blocking the flow of water from large objects such as logs. This has given the bridge its name by the local people, and if the bridge is washed away, the local residents will often go and pick up the remains.

Our tour ended with a peek into two local sake breweries; the first making non-alcoholic amazake (as riding a bicycle whilst intoxicated is prohibited). We were also treated to a tour of the second brewery by the vice president of the company, which was rather fun and informative. The breweries have clearly adapted to meet modern-day demands but still hold onto traditional methods such as using a specialised building built to cool the alcohol.

The course itself was glorious with continuous eye-catching views of the mountains. The roads were well-maintained and the gradient from start to finish was either flat or downhill, making the ride easy to complete in a few hours. There is a bus from Sannomiya to Yamasaki Bus Terminal available once every hour. Making this the starting and finishing point of the route will total in a 40 km ride (the first half riding uphill) but it would be worth every turn of the pedals. There are currently only two bicycles available for rent at the bus terminal, but more are planned in the near future. If you would prefer to go directly to Ichinomiya first, then there is also a local bus available from Yamasaki to Ichinomiya Shiminkyoku-mae. A community bus will also take you from Ichinomiya to the first Shinto shrine but there are no services available on Saturdays and Sundays.

With the right infrastructure put in place, the Harima Clusters would easily become a stunning cycling hotspot. For now, it is a well-kept secret but don’t let that deter you from attempting the ride before Harima is recognised alongside Shimanami Kaido and Biwa Lake. 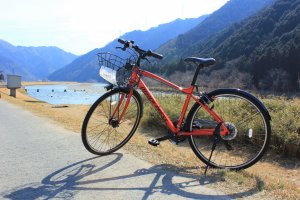 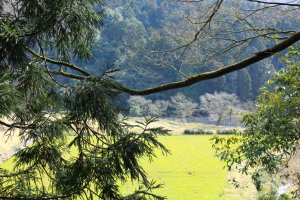 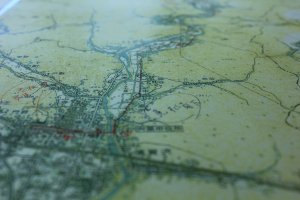 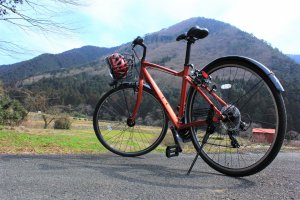 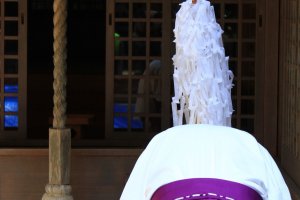 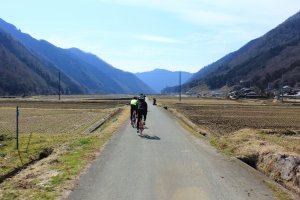 Jihad Mahmoud 5 years ago
This is worth trying!
Reply Show all 0 replies

Robert Kodama Author 5 years ago
Currently, there are two rental bicycles available at the Yamasaki Bus Terminal, with more planned in the future. Going back to Yamasaki from the Ichinomiya branch of the Shiso City Hall is doable in part as it is mostly downhill. Quite a part of the route is on busy roads, however.
Reply

Hayley Hirshland 5 years ago
Very cool! It's such a great experience to go cycling in Japan to find some hidden gems.
Reply Show all 1 replies

Robert Kodama Author 5 years ago
Absolutely one of the best ways of travelling.
Reply

Cathy Cawood 5 years ago
Sounds great! I hope I can do this ride someday.
Reply Show all 1 replies

Robert Kodama Author 5 years ago
It was fantastic, especially since it was quiet. No crowds mean you can really take it all in.
Reply
7 comments in total