More than Retro in Mojiko

Mojiko in Kitakyushu, Fukuoka, in Kyushu, has been rubber stamped as Retro Town because of the prominent heritage European-styled buildings around its harbour. These are grand to look at and be in, but wandering off the retro reservation, I found another Mojiko, a natural, serene, complement to the popular retro area.

This Other Mojiko is found around Mekari Park, a 91.7 acre forested clump on Kojosan Hill. It is visible as one walks away from the harbour retro area towards the opposite edge of town. A World Peace Pagoda, and the Mekari Park Observation Deck are among the rewarding rest stops that break up the Park’s 10 km densely green walking trail.

Nearby is the seaside Mekari Shrine, an avenue for the prayers of travelers since 200 AD. The Shrine is serenely spartan, with rocks and inscribed boulders tumbled about, and a pier side where you can look out on the vast, open sea, breathe in the salt of fresh sea air and pray and think about what’s for lunch.

I walked from Mekari Shrine to the Kanmon Bridge, a two level colossal structure sitting astride the Kanmon Strait that separates Kyushu from Honshu. The walk took me through Norfolk Square, a little park parallel with the Strait. It is named after Norfolk City, Virginia, in the United States, twinned with Mojiko in friendship as a sister city.

The top level of Kanmon Bridge is the roadway for vehicles. The second level, the Pedestrian Tunnel, just 780 metres, is a civil engineering marvel, cutting through and built upon the seabed. What a thrill! I could hop, skip, and jump from Mojiko to Shimonoseki in Honshu in 15 minutes, and right under the sea, too, going all the way down for 60 meters, or 18 elevator stories.

Mojiko used to be known as Moji Port, built around 1889 specifically to export coal from Kyushu. This portfolio expanded in the later 19th century to incorporate trade with the west, with the heritage buildings springing up to service this growth. Since 1995, they have been the anchor landmarks of the officially named Mojiko Retro District, a strategy to oomph up Mojiko as a tourist destination.

Mojiko Retro is a classy set up. No gawdy gentrification here. The buildings, beige and red-bricked, are staid and dignified, with quite a few of them museums displaying interesting exhibits narrating Mojiko’s mercantile days. I read the process of renovation and refurbishment was difficult, painstakingly getting every detail as near a match as possible to the original. They succeeded for sure. Places like the Mitsui Club, the former Moji Customs Building and JR Kyushu Headquarters, the Maritime Museum, seem untouched, unchanged. They exude an old world feeling, maybe even tinged with nostalgia for a time past and gone.

The two Mojikos, tucked away on opposite edges of town, are like halves of a perfect pie. Both appeal with their own charms. This gives us the best of two worlds in Mojiko.

I stayed in the superb Premier Hotel by the harbourside, about 20 minutes walk from the train station.

If coming from Honshu, go to Shimonoseki in Honshu and walk over on the Kanmon Tunnel to Mojiko in Kyushu. If you come by train from Hakata in Kyushu, note you will pass the town of Moji first, and then Mojiko. 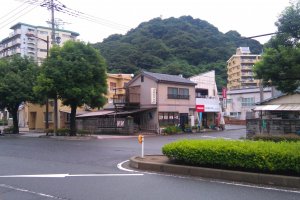 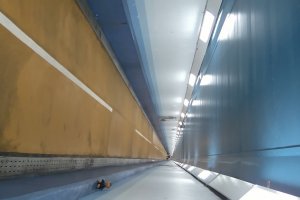 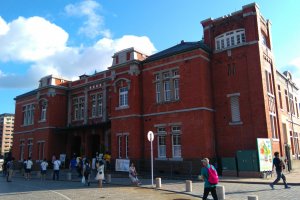 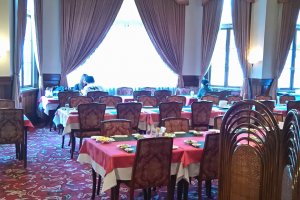 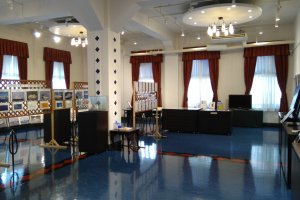 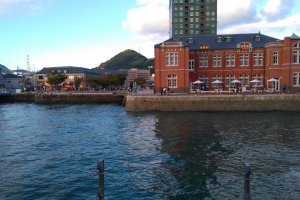 Justin Velgus a year ago
Sometimes off the beaten path just meets two blocks away from a major attraction. Thanks for reminding us to slow down and explore.
Reply Show all 3 replies

Arlene Bastion Author a year ago
But isn't this Japan?
Reply

Arlene Bastion Author a year ago
But isnt this Japan?
Reply

Sleiman Azizi a year ago
+100
Reply

Bonson Lam a year ago
I was in Mojiko many years ago, and its quiet charm did come back to me reading about it. I also reminds me of another quiet town, an old mine in Kumamoto. https://en.japantravel.com/kumamoto/manda-coal-mine/38376
Reply Show all 2 replies

Arlene Bastion Author a year ago
A place I wish I could have visited. Interesting aspect of life in Japan.
Reply

Bonson Lam a year ago
I hope you can immerse yourself in the serenity and history of Kumamoto one day.
Reply

Kim a year ago
I admittedly didn't spend much time in Mojiko when I was in the area, but I did check out Mekari Shrine. We spent most of our visit there in Shimonoseki, and did a little road trip up the Yamaguchi coast. One day, hopefully I'll get back there to explore some more.
Reply Show all 1 replies

Arlene Bastion Author a year ago
I liked Mekari bcos it is so unglossed. Shimonoseki - I learnt about it in school. Now how many donkey years later, actually setting foot on its soil.
Reply
9 comments in total