Enjoy some charming artworks at this Fukushima museum

I first heard of Kataoka Tsurutaro on a visit to Kusatsu Onsen in Gunma, when I visited and thoroughly enjoyed the museum of his art that was next to my hotel there. So on a visit to Fukushima one time, I was delighted to find that he had a museum here too, and I made a point of making the short journey to visit it.

Born Shigeo Okino in Tokyo, he's something of a renaissance man. Before becoming known as an artist, he appeared on stage and TV in a range of variety and comedy shows, and has since won a number of awards for his acting. He's officially certified by the Indian government as a yoga instructor, and was also for some time a professional boxer.

Before I even got inside I was enjoying the atmosphere. There are Buddhist statues at the entrance, and a small courtyard thick with foliage and greenery, making it feel more like a temple than a museum. This continues inside, the wooden floors and earthy brown walls giving the interior a cheerily rustic feeling.

The main exhibition is of Kataoka's charming paintings, featuring fish, crabs, flowers on plain backgrounds in warm pastel colours. There are also many of his painted screens and ceramics, among them tiles with likenesses of Picasso and van Gogh. We can also get a look into a recreation of his studio, the paints and vessels laid out as if he's just popped out and will be back in a minute, and of a tea ceremony room.

When you've finished enjoying the artworks you can stop by the gift shop, which has a good range of souvenirs such as ceramics, prints and stationery with colourful local designs. There's also a restaurant, where I sat down to enjoy a tasty and reasonably priced lunch.

The Art Garden is a couple of minutes' walk from Hanamizuzaka station, on the private local Iizaka line, about a twenty-minute ride from Fukushima station. 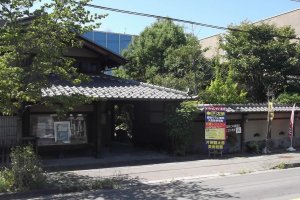 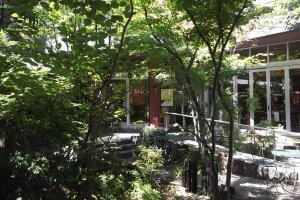 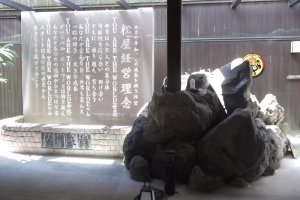 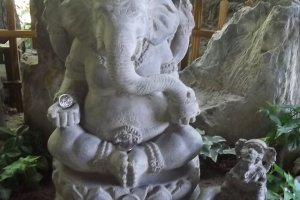 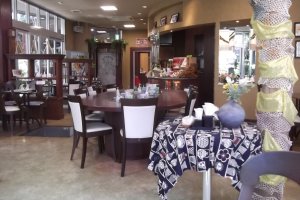 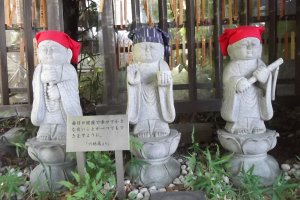 Sleiman Azizi a month ago
A nice lunch indeed. Who doesn't like katsudon!
Reply Show all 1 replies

Peter Sidell Author a month ago
Very tasty and, as I remember, not expensive at all!
Reply

Kim a month ago
Some great statues there from the looks of it!
Reply Show all 1 replies

Peter Sidell Author a month ago
I couldn't take pictures inside, but the building and the paintings and ceramics were lovely too
Reply
4 comments in total