One of Kitakata's most well-known ramen shops

Kitakata ramen is a distinct style of ramen—one of the big three alongside Sapporo and Hakata—that originates from Fukushima's Kitakata city in northern Aizu, where there are over 120 ramen shops operating (the highest per-capita ratio in Japan).

The style is said to have originated at the local Genraiken shop back in 1926 and slowly gained appeal over the decades, along with asa-ra (morning ramen), the tradition of the city's shops unusually early 7am opening time (presumably due to the style's enduring popularity with the locals.)

Kitakata-style ramen uses a Kitakata soy sauce base, with niboshi (sardines) and pork bones the common additions. The noodles are often thick, flattened, curly and soft yet chewy in texture. Common toppings include bamboo shoots, scallions and braised pork char siu – perhaps the most distinguishable feature at the Bannai Shokudou (坂内食堂) ramen shop.

It is arguably Bannai, opened back in 1958, that has made Kitakata ramen the most well-known across Japan and beyond, with franchising having lead to 60 stores nationwide, with a couple even in Los Angeles too. As one of Kitakata's most well-known shops, a visit to the original Fukushima shop is definitely worthwhile.

On the menu you can choose from Shina-Soba (650 yen), Negi Ramen (850 yen), Niku Soba (950 yen), Negi Char siu (1050 yen). On my first visit, I opted for the meat-feast that is the Niku Soba with my ramen compatriots settling for the standard Shina Soba. I guess Niku Soba takes the image of Kitakata ramen to the extreme and holds the most curiosity for first-time visitors. The broth here uses sardine and pork, with the noodles being Soga Seimen brand – a local Kitakata company.

Whilst certainly a lot of meat, you'll soon discover the other toppings and the excellent Kitakata-style noodles waiting underneath the top layer. The bowl itself is enjoyable, though probably the Shina Soba option is sufficient for most people, especially if you are touring the city's other shops on the same day. 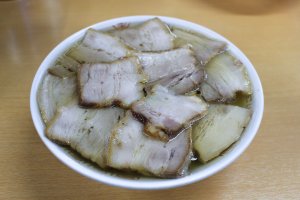 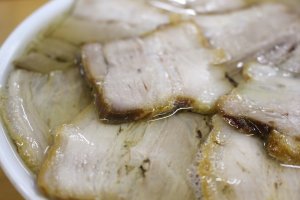 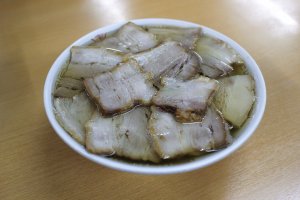 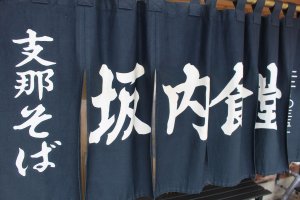 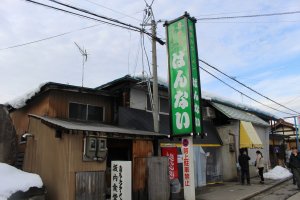