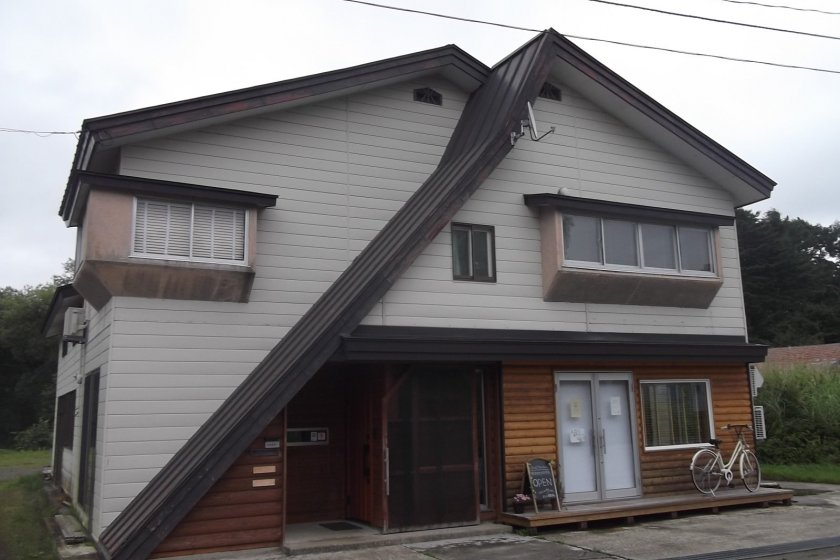 Stay at a cheap and cosy guesthouse in Bandai Kogen

Planning a trip around Fukushima prefecture one summer, I decided to get away from the city for a couple of days and get right out into the countryside. I settled on the Bandai Plateau (Bandai Kogen in Japanese), and set about finding somewhere to stay for a couple of nights that was inexpensive but well located; and in among the high-end resorts I found Second House.

It's a nicely kept place, run by a very friendly, helpful Japanese family, and the father speaks some English. It's spotlessly clean, simply done out with lots of wood, and the white walls are brightened up with prints, decorations, and some cute paintings by the owners' daughter. There's a nice little common room and dining area where you can meet the other guests, and a small kitchen with a fridge and washing machine, complete with all the crockery and utensils you need to cook for yourself. For the quiet nights in, you can watch the big TV, take advantage of the free Wi-Fi, or choose from a selection of books (mostly Japanese), games and puzzles.

My twin room was compact and very cosy, with a pair of single beds, a little desk to put my things on, and room enough for a solo traveler to spread out with my bags. It overlooks the main road - all the rooms do - but there's very little traffic going by, so that and the comfortable bed allowed me a good night's sleep.

The appeal of this part of the country really is in its remoteness and scenery, and that's definitely what you get. Nearly shopping and dining options comprise just a Seven-Eleven and two restaurants which close pretty early, though there's a bigger cluster of shops and restaurants about a thirty-minute walk away on the shore of Lake Hibara. You're within easy reach of the Go-Shiki Numa trail, winding through lush forest around beautiful lakes coloured various hues by minerals, and a little further down the main road there's an incongruously grand art museum dedicated to the works of Salvador Dali.

There are just three rooms: the twin with two single beds, a Japanese room with space for three futons, and a family room that can hold up to two double beds and three singles. Rates seem to vary slightly by season, but a check online suggests that you can expect to pay a little less than ￥4000 a head, whichever room you take.

There are no trains to Bandai Kogen, so if you're not driving, you're taking the bus. There are buses every hour or so from Inawashiro station on the JR Ban'etsu West line; Second House is two or three minutes' walk from the Onogawako-Iriguchi stop, about a twenty-minute ride from Inawashiro. 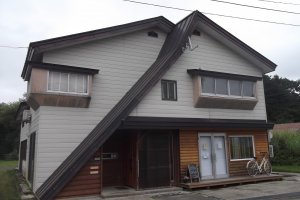 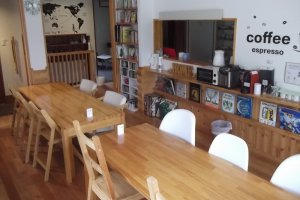 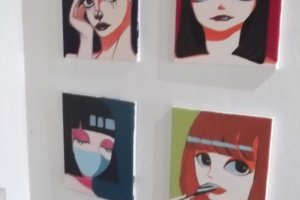 Bonson Lam 3 months ago
A great find, kind of Japan meets Alpine style. Love the roofline that takes away the snow, and an amazing in house artist.
Reply Show all 0 replies

Lynda Hogan 3 months ago
A great find. Sounds like an ideal place to stay if you like to strike up conversation. In hotels it can be quite hard, but I always find it easier in places like this.
Reply Show all 0 replies

Kim 3 months ago
The artworks are cute!! Inexpensive, clean, and friendly = the trifecta of a good stay!
Reply Show all 0 replies
3 comments in total