A special exhibition at the Morohashi Museum of Modern Art

Salvador Dali (1904-1989) was seen as one of the leading artists of the 20th Century, and his Surrealist-styled work was influential to many. Various Japanese avant-garde artists drew inspiration from Dali's works, and a special exhibition at Fukushima's Morohashi Museum of Modern Art will explore this connection.

A number of Dali's works from the museum's collection will be displayed, alongside pieces from Japanese avant-garde painters including Ichiro Fukuzawa, Hamao Hamada, and Iwami Furusawa. The impact that Dali had on these individuals is evident when exploring their art.

Adult admission to the event is priced at 1300 yen, and no advance reservations are required.

For those who plan to drive to the museum, take the Koriyama exit from the Ban'etsu Expressway. The museum is around a 20 minute drive from there. 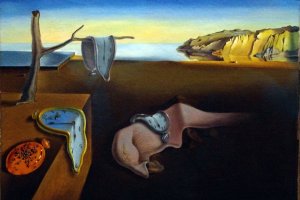 Kim Author a month ago
Yes, thankfully museums have been good at taking preventative measures like limiting intakes and such! 😊
Reply

Elena Lisina a month ago
Once, I visited the house of Salvador Dali in Spain - it was really interesting. Dali definitely wanted to be outstanding! :)
Reply Show all 1 replies

Kim Author a month ago
His art is unreal, so amazing! Europe is still on my list of places to visit, maybe one day!
Reply
4 comments in total