Take New Challenges to Carry On Its Long History

Hot springs are one of the most beloved spots across Japan. There are tons of onsen facilities in a volcanically active country. According to the Ministry of Economy, the total number of hot spring sources is approximately 28,000. As for overnight accommodations, there are about 3,000 throughout the country. Although there is uncertainty of which and where is the oldest hot springs in Japan, one ryokan in Gifu has run the facility since the 1818 - Edo era.

Bosenkan in Gero Onsen has offered a space as a healing facility for more than two centuries. The Manager of the Reservation Centre of Bosenkan, Shigeyuki Kato, says the 14th generation, Kumazaki Heiichiro runs the facility today. Interestingly, Kato said the first president of Bosenkan used to be a doctor and offered the Bosenkan's space for a military nursing home at first. Because Gero Onsen's hot spring is famous for its healing waters from the 10th century (Edo era) and said to be effective for injuries and illness, etc. Then, opened up the place as a Japanese inn.

Bosenkan used to be a family-owned business for a long time, but due to the business failure, it became a business corporation ten years ago, according to Kato. While Bosenkan passes on its service style and own history, the business accepts new businesses to attract more tourists, such as associating with a cartoon character.

Unfortunately, business failure affects everywhere, especially in the countryside. Several shuttered stores in the shopping arcade are due to bankruptcy as well as the lack of a successor. Therefore, the tourist association and the Onsen association are trying to revitalize the town to attract tourists and young people.

Bosenkan hired English-speaking staff five or six years ago to welcome international tourists and fix employees shortage. One of the Nepalis, Sadhana Chhetri, came to Japan several years ago for studying and now working at Bosenkan for three years. She said, "I enjoy working in Gero Onsen because the local people are friendly and nature is gorgeous." There are more than a dozen of international workers at Bosenkan.

Free shuttle bus is available, according to the hotel website, corresponding with the express trains of Takayama lines from 1:30pm to 5:30pm. 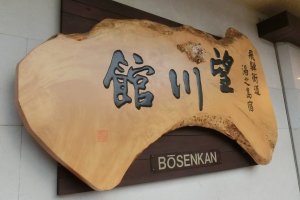 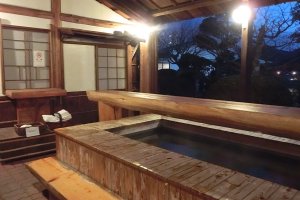 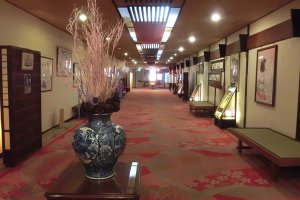 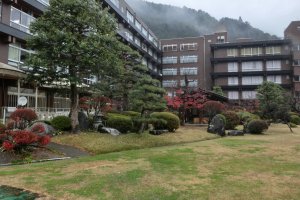 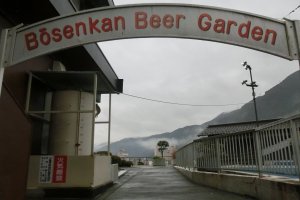 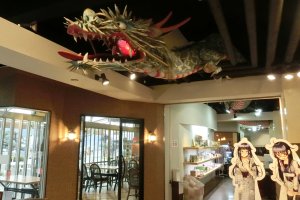