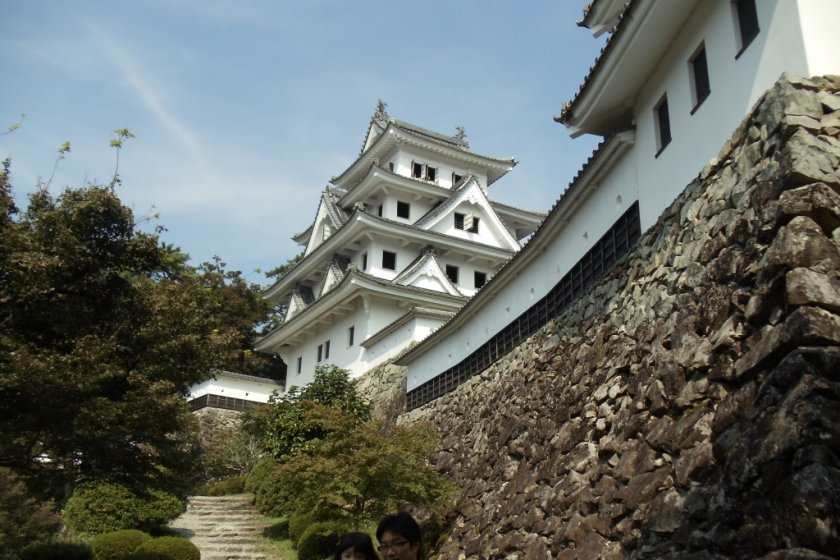 The most beautiful mountain castle in Japan

When I wake up in the morning and look out my kitchen window, I am greeted by an old friend. Perched on the mountain above looking down on me and my town is Gujo-Hachiman Castle.

For me and the people of Gujo, it is a symbol of our history and culture. The foundation of the castle lays on the footprint of a fort built by Endo Morikazu in 1556 during the late warring states period. Thirty years later, Inaba Sadamichi took control of the site and finished most of the stone walls to found the donjon. The 6th lord, Endo Tsunetomo renovated the castle after which it gained recognition by the Edo Shogunate.

During the “Houreki Uprising” (1754-1758), farmers protested against a higher tax (rice) imposed by Kanamori Yorikane. However, Kanamori didn't accept the farmers demand; so the farmers turned to the Edo Shogunate in order to make a plea. After the deliberation, the Shogunate reached the verdict in favor of the farmers. As a result, the Kanamori family was broken off from the Shogunate and some of the central political figures were removed.

It is said that there were about 3,200 uprisings by farmers in the Edo period, and the Houreki Uprising was the only one in which famers were able to get such a virdict from the Edo Shogunate.

I sometimes think about Gujo history from my kitchen.

Since Gujo is very walkable, I can take a stroll up to the castle. The hike up the winding road reminds me of why early castles were built on mountain tops: defense. Hiking is a little less scary than driving but can be exhausting. I can’t imagine how hard it would be in armor. If you wish to take the one-way narrow road by car, the hairpin turns are tricky and sometimes slippery, so be careful.

Upon reaching the top, my old friend waits. Her white walls sit on large stone foundations. She is not grandiose like Himeji but still evokes awe and simplistic beauty. We locals like people to look down at the town from the gate. The curve of the mountain on the far side of the valley and the flow of the rivers appear to the shape of a fish. This may be a coincidence but Gujo is also famous for its ayu (river trout).

The Gujo castle I see everyday was rebuilt in 1933 and turned into a museum with diagrams, models and artifacts to introduce the history of the castle and the area. Up the steep stairs to the third level and through the windows you can see the entire valley. In his book, “The White Castle,” the famous historical novelist Shiba Ryotaro (1923-1996) praised the Gujo Hachiman castle site as "the most beautiful castle on a mountain in Japan". Of course I agree and feel pride when I look up at it. Then when I look down from the castle I feel both pride and wonder at how such a small town can hold so much culture, history and life.

When night falls again, “The White Castle” basks in the glow of spotlights; proud, historical and ever vigilant. “Goodnight beautiful old friend. See you in the morning.”

Japan is a great country to visit for everybody from all over the world! Every tourist will find its rich local cultures, foods and beautiful natures especially in its small local areas. Gujo in Gifu, my hometown, is one of them!  Please come and experience part of our very unique life style with us! 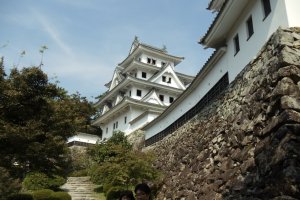 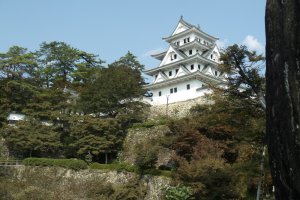 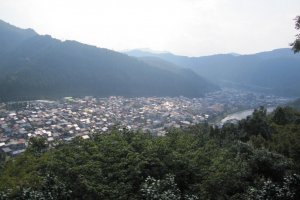 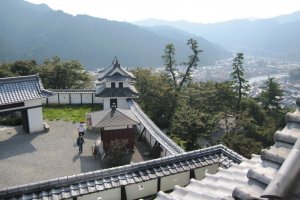 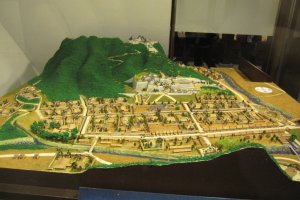 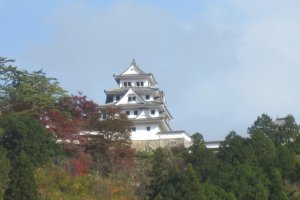 Bonson Lam 5 years ago
This is a beautiful story Yuka! I would love to meet your old friend one day!
Reply Show all 0 replies

Katherine Moore 8 years ago
I am planning a trip to Japan with my mother aged 70.
She wants to see a Japanese castle and also visit Takayama. Would you say these two places are easy to combine? (we will have JR pass - no car) Can you recommend the best way to get there?
Would the climb to the castle be too difficult for an older person?
Thanks!
Reply Show all 0 replies

Eleanor Vikatorie Frary 9 years ago
I will go back to Gujo to visit the castle! It sounds so lovely.
Reply Show all 0 replies
3 comments in total