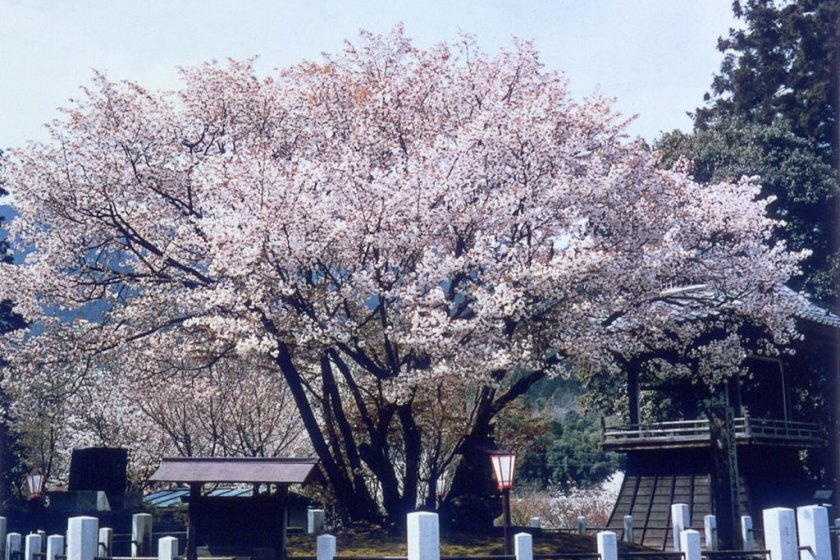 The Cinderella Story of Gifu Prefecture

Everyday when I am out walking my dog, I walk past Ganjo Temple. I walk in and enjoy the peacefulness. It is a beautiful little temple surrounded by trees. One tree is a Cherry tree. There is more to this temple and this tree than meets the eye, it also is the setting for Gifu legend from a long time ago. It is a kind of Cinderella story.

In the Nara period (710-794), Princess Chujo, the great-grand child of Fujiwara Kamatari,  was to be abandoned in the mountains to die on orders from her stepmother. But she escaped from her persecution to “Ganjou-temple”. There she was rescued by Buddhist nuns from Taima Temple and later became a nun.

Unfortunately, she became seriously ill. There was little she could do, so she prayed to Kannon: the Goddess of Mercy in Ganjou-temple. “Gan” means pray to God, “jou” means success.

Soon, she recovered from her illness. She thanked God by planting a beautiful cherry tree, which was called called “Princess Chujo Seigan-cherry tree”: “Sei” means swear, and “gan” means pray to God. She became a known as a “living buddha”.

When I look at this immensely beautiful old tree I wonder if it is a true gift. After all it is an extremely rare type of mountain tree and no other tree like it has ever been found. It was given the scientific name “Prunus Floridala Miyoshi and in 1929, during the Show era, it was dedicated as a Natural Treasure of Japan. It is 8.1 meters tall, the trunk is 1.5 meters in diameter and each flower consists of twenty to thirty petals of pale cherry pink. But what is most amazing is that it is 1200 years old and still blooms yearly.

This tree has seen love, war and now it has even seen space. For Gifu City residents like myself, we witnessed our Princess Chujo Seigan Cherry Tree do something amazing in 2008. The Japanese Experimental Module, Kibo, at the International Space Station hosted 248 of her seeds. Usually this Sakura do not reproduce well and people have had to try grafting. But in space two germinated! At first scientists thought it was a cross but tests showed that the Princess reproduced. The tree represents all that Princess Chujo was in life.

So I stand there with my dog looking at this 1200 year old tree and am told a tale of abandonment, recovery, strength, faith and history. From the heart of a princess who became a nun to the depths of space, came a gift to the people of Gifu. Now I share it with you.

I have lived in Gifu for many years and am a member of Gifu Goodwill Guide Network. I want to introduce people to my town, Gifu City. 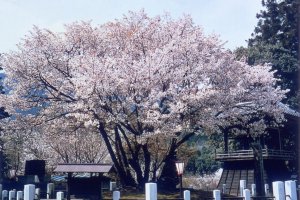 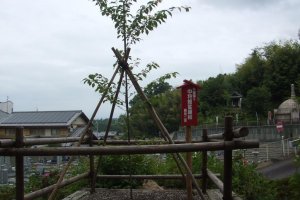 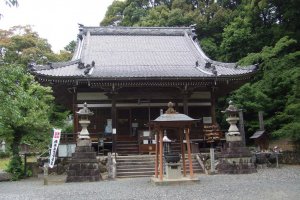 Taku Kikui 9 years ago
In 2008, one of the NASA astronaut, his name is Leroy Chiao who visited at an elementary school near the temple for talking about the beauty of the Earth. He also visited the Princess Chujo Seigan cherry tree. This is true that the tree gave us a gift!
Reply Show all 0 replies

JapanTravel Guest 9 years ago
Terrie, I was told that this is a one of a kind tree though like many tries it is tied to a certain species. In this case I believe it is a kind of mountain sakura.
Reply Show all 0 replies

JapanTravel Guest 9 years ago
Ritsuko-san: This is a wonderful story and you're right that it's amazing that a 1200 year old cherry tree is still blooming every year. I'm interested to know if this tree is just one of a kind, or whether it's unique because it growing somewhere it shouldn't. If it's one of a kind, then that's something really special...
Reply Show all 0 replies
3 comments in total