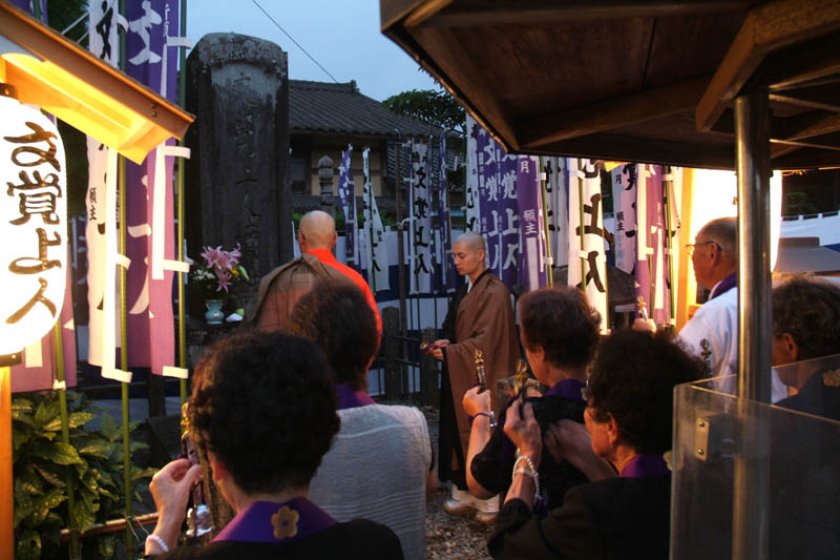 Japan has great festivals ranging from fight festivals and firework festivals to ones celebrating fertility and scaring children into being good. In the little sleepy village of Kashimo in Nakatsugawa is one about slugs. Yes, slimy slugs. Though it is not a wildly famous festival nor does it garnish much attention except from locals and within the prefecture, it has a story that captures the imagination. To me it is just a great story.

Between the Heian and Kamakura Periods, Kashimo’s northern district of Ogo, what locals call ojatta-mura, had a small garrison of soldiers with the duty of protecting the sacred forest and Japanese cypress used for building palaces, castles, temples and shrines from the surrounding daimyo of Takayama and Naegi.

Moritoo Endo, a soldier stationed in Kashimo had fallen in love with his friend’s wife, Kesa-gozen. He approached her and began to win her affection. He wanted to have her for himself eventually convincing her to go to him. But to do that they would need to remove the husband, Moritoo’s friend. One day Kesa-gozen said, “come to my house at midnight of July 9th (old calendar). My husband will be sleeping alone so you can kill him. Then I can be with you.” Moritoo went to the house, snuck in and cut off the head of his sleeping friend. But the next day, news came that someone had killed his friend’s wife! Kesa-gozen had tricked Moritoo and taken her husband’s futon. She had sacrificed herself to save her husband.

To atone for his sin, Moritoo became a monk and later became of priest of high virtue known as Mongaku-shounin.

After Moritoo died, a slug began appearing on the evening of July 9th; the day Kesa-gozen died. They say the slug is the reincarnation of Kesa-gozen. This was denoted by the black line on the back which is said to be the sword scar. Moritoo had served his apprenticeship, therefore, his sin was forgiven by Kesa-gozen.

Zoom forward to the present; on the evening of the festival, the street is lined with torches and stalls selling festival fare. Taiko drums play and people are jovial. The current monk, a young man in his mid-thirties from the main temple now located in the center of the community, walks up to the tomb and the people bow in silence as a prayer is said. As he speaks, slugs led by one large slug wear a long black mark on its back climb all over the tomb while people scramble to see this mystery of nature.

I have attended this festival a dozen times. The sleepy little hamlet is transformed into a field of lanterns and all the people come out to commune. But most amazing is the slugs; no one collects them to spread, they just appear there every year on that day to be with the forbidden love. -------------------- Special thanks to Seiko Hata for assistance with understanding the story of Moritoo and Kesa-gozen. ありがとうございました。 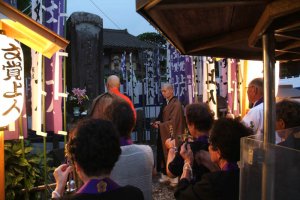 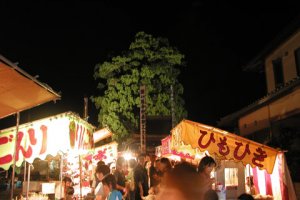 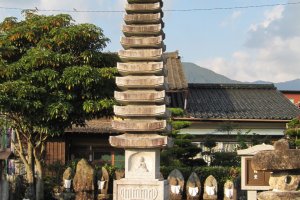 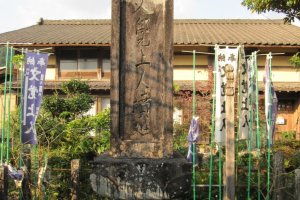 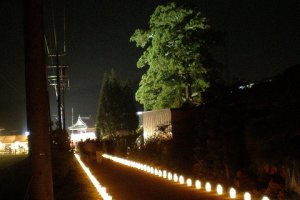 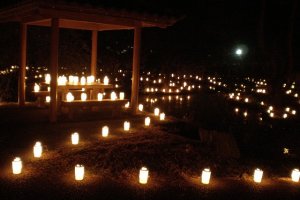 Sleiman Azizi 2 years ago
Wow, what a story. I can imagine it as a noh play too.
Reply Show all 0 replies

Sherilyn Siy 2 years ago
It has all the elements of a great story. How strange that the slugs appear just in time too -- it makes you wonder whether the story came to explain the presence of slugs or the slugs came as a mysterious consequence of the story. :)
Reply Show all 0 replies

Kim 2 years ago
Wow - that sure is a wild story!!
Reply Show all 0 replies

Cathy Cawood 5 years ago
Poor Kesa-Gozen! After sacrificing her life for her husband, she only gets to come back as a slug?!!!
Reply Show all 0 replies