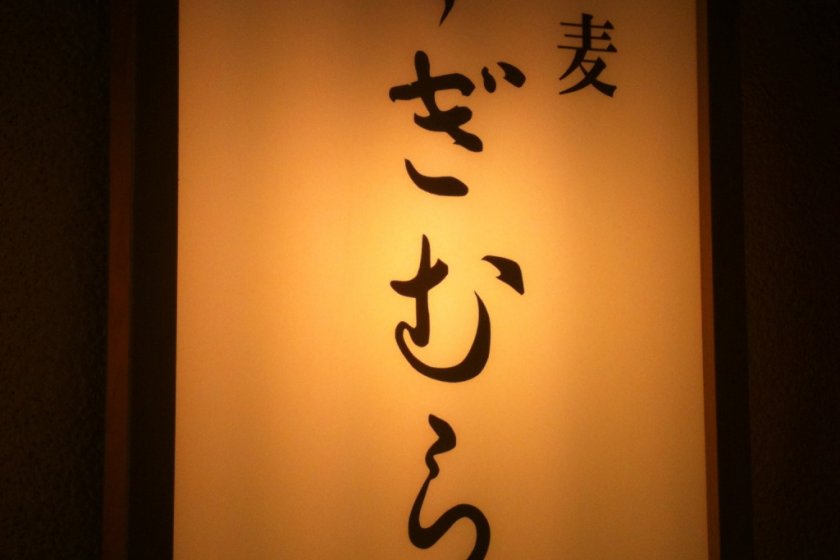 Soba is a famous food of Southern Nagano and Nakatsugawa. What makes "Shinshu Soba" so special is the use of cold mountain water and hand milled buckwheat.

Soba Sugimura is only a quick five minute walk from Nakatsugawa station but if you aren't paying attention, you will miss it. As you enter, to the right is a small area where the master grinds his buckwheat.

I was first introduced to Sugimura a few years ago by some friends but hadn't been back till now. Sugimura has a warm wooden interior which is made even warmer by a wood stove in the center. Next to it sat a big orange cat in a box who I do not think would leave its perch if a mouse or even a ball had gone by. It was perfectly happy to guard the stove. The walls are covered with photos of areas around Nakatsugawa that the master had taken and in some cases won awards. They create very good topics for conversation. Being that I was the only non-local, my friends all tried to determine where the photos were taken. “Hey isn’t that up in Kaore?” “Yeah, near the old elementary school.”Again I was accompanied by friends which set the stage for some great food conversations.

Okay time to order: two orders for zaru soba (regular soba with dipping sauce), one for Yamakake soba with Yams and a quail's egg which creates the image of the moon, one for soba with duck meat and I had the Sunki Soba which is warm soba covered with various pickled green vegetables native to the Kiso River valley.

Within a few minutes our sobas were brought out. Unlike store bought soba, handmade soba is fragile and if soaked to long, turns to mush. My friends quickly asked if I wanted photos of their dishes to which I said, “yes”. We dug in!

I didn’t know what to expect from suinki soba. Suinki doesn’t even show up in a dictionary because it is a local dish. The bowl was warm and steam came out fogging my glasses. I picked up a few noodles and some of the vegetables. “WOW!” My mouth tingled with excitement from the savory soup, picked vegetables and silky noodles. It was unique and just the right mix of sour, savory and smooth.

My friends described their dishes. The zaru soba was silky and the dip was the right balance of dashi (stock) and soy sauce. The duck was fatty yet not heavy providing a nice blend. Mr Oi had mixed his Yamakake so now the grey noodles were mixed with white and yellow. He didn’t say much except “ahhhh that is good”.

We sat for an hour eating and talking about other noodle shops in Nakatsugawa as well as other towns the Tono region. Upon finishing, we were given hot soba water to clear the palate and a bill. We paid, thanked the cat for watching over the fireplace and fearlessly ventured back out into the cold as our bellies were fortified by warm with Shinshu Soba. 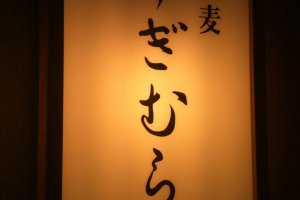 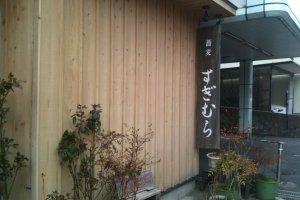 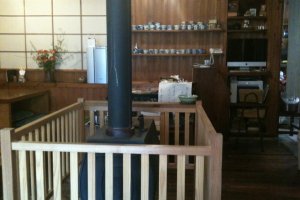 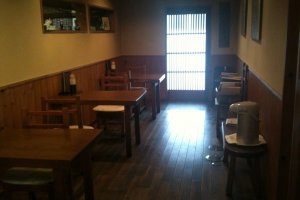 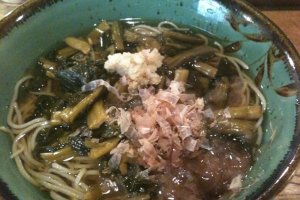 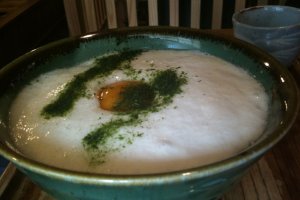 JapanTravel Guest 8 years ago
Pka, Thanks. You are right it was quail's egg. I have made the change.
Reply Show all 0 replies

Paul Arenson-Kawano 8 years ago
Er, shouldn't a swallow's egg be a quail's egg? Or is this a distinguishing feature?
Reply Show all 0 replies

Sasa Jancikic 8 years ago
"Unlike store bought soba, handmade soba is fragile and if soaked to long, turns to mush." ...oh i see. And i was unhappy with the restaurant choice when mine turned to mush. Now i know i can peacefully go there again!
Reply Show all 0 replies
3 comments in total