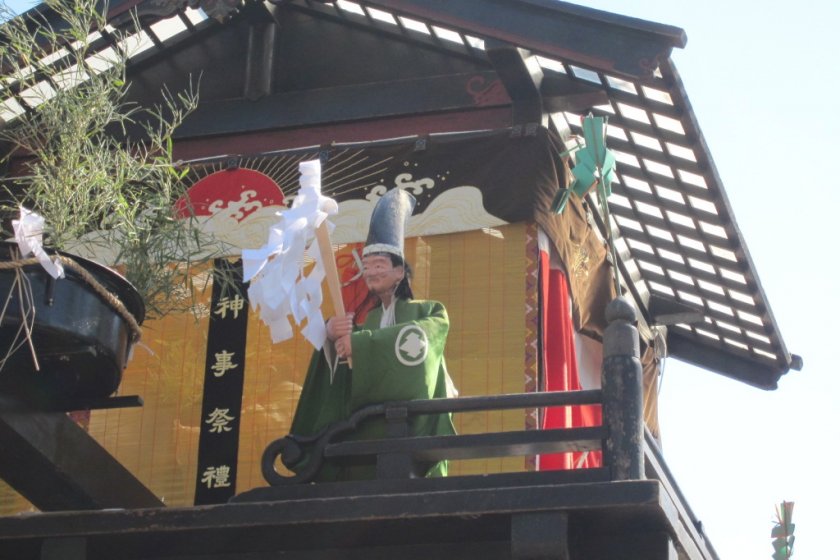 Late Sep
The Puppet dancing on the top of the float
Venue: Kashimo Suimu Shrine When: Late Sep 2023

Every culture has unlucky numbers, America it is 13, Italy is 17, in Japan it is 4. Japan also has unlucky ages or yakudoshi. For men the yakudoshi are 25, 42, and 61 with 42 being the most auspicious and for women the years are 19, 33, and 37 with 33 being the most auspicious. It is recommended that during these years the person should visit shrines, pray a lot and conduct acts that drive away bad spirits. For example if a 22 year old woman gets pregnant, the spirits are definitely driven away.

In the former village of Kashimo on the autumn equinox, they have with a festival called the “Suimu Jinja Matsuri” but locally referred to as the “Fight Festival” for yakudoshi men to help them drive the spirits away. Japan is famous for festivals that prove masculinity and bravery be it riding a tree down a mountain, holding live fireworks as they explode or mud wresting. In Kashimo, it is slowing pulling a float up a hill and pushing each other around.

The night before the main event, a small shrine is carried by Yakudoshi men, supported by Yakudoshi women, from the southern end to the middle district of Nakagiri where it handed over to the elders of the festival. From there it is carried to Suimu Jinja (Shrine) where a blessing of the men is held and the location is prepared for the next morning.

I was lucky enough or crazy enough to participate in this festival when I was 25 years old and still vividly remember it. I arrived at Suimu Jinja at 9:30 for a ceremony and blessing which involved clapping, bowing, and drinking sake. Then all the men went to a waiting area for drinking more sake and beer. Though 25, 42 and 61 year old women are not unlucky, the event is considered something like a class reunion so the women come to support and even at times participate. I had only been in Japan for two months so this was my first festival and my first time to spend time with people my own age.

At noon villagers and the now fairly sloshed participants assembled at the base of the shrine to be blessed by a shinto a priest. Then the elders showered the crowd with mochi and candies to launch the main event. I was not sure what I was getting into but was soon educated.

We lined up on either side of two ropes made of dried rice stalks tied to large highly decorated wooden floats. A small group of men sat inside playing flutes and drums while another group controlled a puppet that danced on the top of the float. We picked up the ropes and began to pull. Now this is where this turns into a fight festival. As we pulled the float, the elders stop it from moving causing the two lines of men to crash into each other. After a crash, sake for everyone!

This process of pulling, crashing and drinking is repeated over and over till the float is hauled the whole 50 meters to the front of the shrine. Then it is done all over again with another float. When I did the festival, I was hit hard and thrown into a yakisoba stand with only a small cut on my brow and a bruised elbow. I was lucky. That same year, one guy broke his arm.

Though only held on the Autumn Equinox, the Suimu Jinja Festival is definitely worth a watch and if you are an unlucky age, feel free to jump on in. 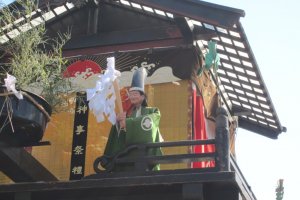 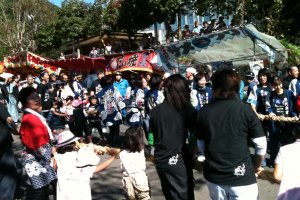 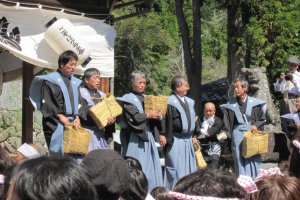 Kim 3 years ago
Fascinating- I never knew about the auspicious ages here!
Reply Show all 2 replies

Sleiman Azizi 3 years ago
I've met a number of people who were 'concerned' about those ages. At first I thought it odd but after a while I realised that, well, it is what it is. At least for those I met.
Reply

Kim 3 years ago
I'm 37 in a couple of years here so I'll keep you posted, haha!
Reply

Elena Lisina 3 years ago
Festivals in Japan are wonderful and such a fun! I'd like to watch some more.
Reply Show all 0 replies
4 comments in total