A Guide to Japan's Supermarkets

What to expect from your grocery shopping experience

Supermarkets don't only provide the essentials we need for day-to-day living, but they also offer a window into the cuisine, culture, and customs of a country. If you're visiting Japan, this guide provides some information on Japan's supermarkets, including details on various supermarket chains, what to expect from a Japanese supermarket, and more.

There are several different supermarket chains across Japan. Some are found almost everywhere, and others are more region-specific. Some chains you can expect to find include:

What to expect at a Japanese supermarket

There are certain elements of supermarkets that almost seem universal, and others that are unique to different countries. Some things you can expect at Japanese supermarkets include:

Japan's convenience stores are lauded for their ready-made meals, but don't overlook supermarkets for those, either! You'll find an impressive array of bento at most supermarkets, with everything from sushi to hamburger steaks, freshly fried tempura to katsu, and plenty more.

Insider tip: if you visit a supermarket later in the evening, many bento are marked down significantly so you can snag yourself some cheap eats.

Doing a large weekly or fortnightly shop in many parts of the world is common, and the shopping carts tend to accommodate that. In Japan, it's more typical that people shop every few days, and thus the carts are significantly smaller.

If you plan to be in Japan longer-term, be sure to check whether your supermarket of choice offers a rewards program. Most do, and they allow you to accrue points which can then be used to offset the cost of future purchases.

An overabundance of plastic packaging

Along with all the good things, there are some downsides, too. You'll find that a significant majority of fresh food items come wrapped in plastic or in styrofoam containers. With more pressure on retailers to do the right thing by the environment, this is changing - but it's slow progress.

You'll also find several international supermarket chains in Japan, and they stock a range of products from all across the globe. This can be particularly handy for travelers or expats missing a certain taste of home, or even for finding items that fit certain dietary requirements such as gluten-free, vegan, or halal products. Some international supermarket chains and stores include: 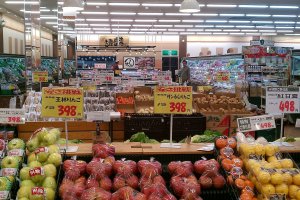 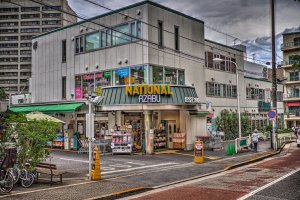 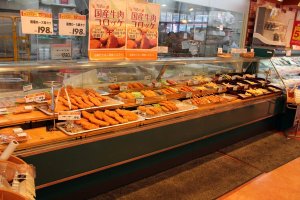 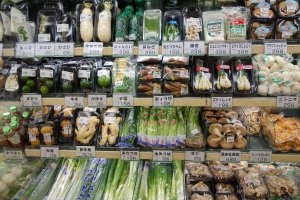 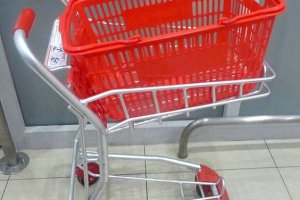 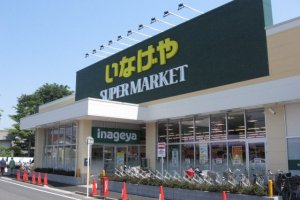 Robert Shapiro a month ago
Kinokuniya is a book, magazine, DVD & stationery retail chain, not a supermarket.
Reply Show all 2 replies

Kim Author a month ago
https://www.e-kinokuniya.com/store/KINOKUNIYA/international/

I shopped at this one all the time when I lived in Omotesando!
Reply

Kim Author a month ago
This link might be more helpful though, it lists more of their stores: https://www.e-kinokuniya.com/store/

Susan Tumanon 6 months ago
I recommend Gyomu Supa and OK. Both are cheap. I'm glad they just opened an OK supermarket near my area.
Reply Show all 1 replies

Justin Velgus 6 months ago
I would add that the seafood sections in Japan are larger and more varied than "western" countries.

Every time I travel I always visit the supermarkets to see how the locals shop and to pick up local snacks and sweets without paying the tourist prices! The local beers are fun too if you like to drink!
Reply Show all 1 replies

Elizabeth S 6 months ago
And local produce! Sure, it's great to get international products that you miss from home, but I am bowled over by the locally grown vegetables and fruits that are usually clearly labeled as such. My local Yoku Mart has a whole section devoted to promoting growers in my town.
Reply Show all 1 replies

Kim Author 6 months ago
There definitely does seem to be more of a focus on locally grown in Japan. Also, seasonality is such a big thing, bigger than anywhere else I've lived.
Reply

Elena Lisina 6 months ago
I'm always lost in supermarkets as the choice is too big, and mostly I don't know what is inside those boxes! :D
Reply Show all 1 replies

Kim Author 6 months ago
That can be a bit challenging!
Reply
13 comments in total
Back to Contents