Chugoku is the westernmost region of Honshu, and if you're traveling through the area by train there are some interesting stations to discover. Some of the unique ones to explore include stations inspired by shrines, turtles, the color pink, and the area's rich manga history.

Something fun that you'll often see if you're passing through Yonago Station are the decorated train carriages for the Sakai Line route. The line connects Yonago to Sakaiminato, and each stop along the route has a nickname which corresponds to the name of a monster from GeGeGe no Kitarō, a manga series created back in 1960 by Shigeru Mizuki who was raised in the prefecture. Other train designs incorporate characters from the Detective Conan series.

Shimane's Izumo Yokota Station has gained fame thanks to its design that imitates a shrine. There is a large shimenawa at the front of the station building, similar to what you'd see at the prefecture's famous Izumo Taisha Shrine. It provides a distinct contrast to many modern station buildings, and retains a charming, historical feel.

Tottori's Koi-Yamagata Station had a makeover in 2013 which involved the addition of heart motifs and the color pink used in abundance. Pink heart motifs are also used for the platform directional signs, and there are pink heart-shaped ema for people to write their wishes or prayers on.

There's no denying the uniqueness of Kamenoko Station, which is served by the JR Tsuyama Line. The station building is shaped like a turtle, with the "shell" as its roof. The head protruding from the building also features functional clocks as the turtle's eyes! Visitors to the station will also find some turtle statues by the entrance, plus turtle themed artwork, figurines, and plush toys inside the building.

Another great stop for manga fans, Sakaiminato Station is located right by the start of Mizuki Shigeru Road, which is filled with bronze statues of characters from GeGeGe no Kitaro. There are also numerous decorated trains that pass through the station, along with benches illustrated with characters, murals, and more. 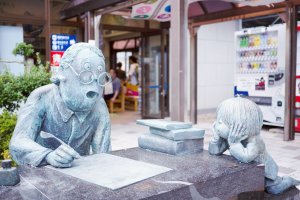 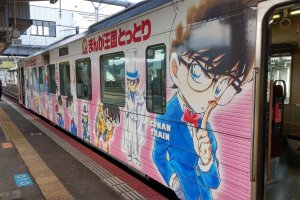 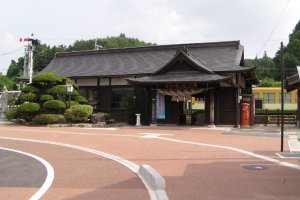 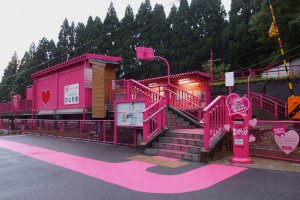 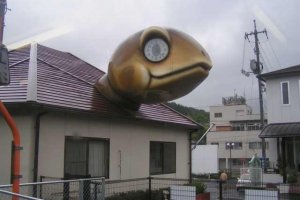 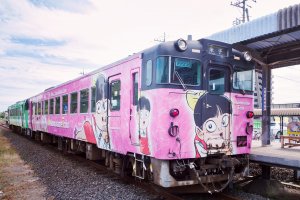 Sander van Werkhoven a month ago
I had already planned to visit three of these in spring 2020, now I want to see them all!
Reply Show all 1 replies

Kim Author a month ago
I love that some stations really are destinations in and of themselves! Makes travel a whole lot more fun!
Reply

Sleiman Azizi a month ago
Kamenoko Station is crazy good! Kids will love that one!
Reply Show all 2 replies

Kim Author a month ago
Yes! I think it's so fun and clever!
Reply

Justin Velgus a month ago
Kamenoko Station is the best by far. This needs to go viral!
Reply
5 comments in total
Back to Contents