Bordered on the south by the ever present Tama River, the equally present Fuchu City is home to some great museums and shrines with plenty to attract the attention. The city's natural spaces fall into this category and really are a something-for-everybody deal. Here is an introduction to some of the parks of Fuchu and how to reach them.

Once a military site, Fuchu no Mori Park is now a huge family-friendly green space. While its sports facilities certainly have their appeal, the park provides literally something for everyone. Within its boundaries there's an open-air museum, water parks, Japanese gardens, a planetarium as well lovely woodland settings that come alive during the blooming seasons.

A 10-minute walk from Higashi-fuchu Station on the Keio Line.

The perfect place for some plane spotting, Musashino no Mori Park crosses over into three other cities. The city's section of the park is broken up into two areas. The northern area features a BBQ section, plenty of cherry blossoms and some lovely fields. The southern section is right by Chofu Airport, giving plane lovers a taste of aero-affection.

A 5-minute walk from Tama Station on the Tamagawa Line.

Connected to the huge Tama Cemetery via a suspension bridge, Sengenyama Park is a lovely preserve of the region's traditional forest. Featuring a small hill with a local shrine at its summit as well as, pending the clouds, a remarkable view of Mt. Fuji in the west, the park's natural springs and blooming flowers add some lovely charm.

A 15-minute walk from Tama Station on the Tamagawa Line.

Linking up to a green space that runs for almost ten kilometres along the northern bank of the Tama River, Tamagawa Water Park itself is a straightforward affair of open parkland with a pleasant human-made stream that works like a charm with the children. Completely unpretentious, the park offers a respite from the usual noise of tourism.

An 8-minute walk from Kyoteijo-mae Station on the Tamagawa Line. 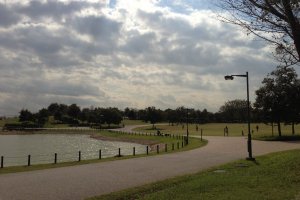 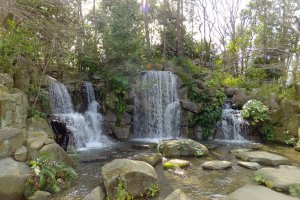 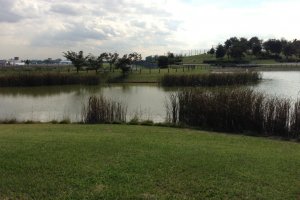 Kim a month ago
All of these sound really nice and family friendly!
Reply Show all 0 replies

Elena Lisina a month ago
Fuchu no Mori looks good!
Reply Show all 0 replies
2 comments in total
Back to Contents