All the rail passes and tickets you need to travel Japan

Japan's modern transportation is often considered one of the best in the world. Carrying millions of passengers daily with incredible efficiency and few delays, a trip on the rails in Japan is a true delight. However, rail travel in Japan can be a costly endeavor. Luckily, several passes exist to help ease the burden of the cost of a train or metro ride, while also connecting riders quickly to the places they want to go.

The Japan Rail Pass, or JR Pass, is arguably the most popular pass amongst foreign travelers to Japan.

Offered in lengths ranging from 1-3 weeks, the pass allows international visitors (or Japanese who can prove residency abroad) the chance to travel on all JR rail routes, with some exceptions. Aside from the Mizuho and Nozomi shinkansen, visitors can criss-crosss Japan – from Hokkaido to Kyushu – using a variety of trains and occasionally buses. Passes must be used on consecutive days. Seishun 18 permits unlimited rides on all local and rapid JR services (not reserved seats) in Japan – though doesn't include shinkansen.

However, the ticket provides great value with five days worth of train travel for just 2,370 yen each day. These 5 days can also be shared freely between up to 5 people.

The pass also permits users to ride the recently opened shinkansen route linking Tokyo to Shin-Hakodate station in southern Hokkaido. Unlike the regular Japan Rail pass, this is a flexible pass that can be used on any six days out of a period of 14 days (two weeks).

The pass allows for travel on all JR Hokkaido trains and several JR bus routes. Travelers are not permitted, however, to use the pass on the new Hokkaido shinkansen. The Hokkaido Rail Pass comes in 3-Day, 5-Day and 7-Day options (all consecutive), as well as a flexible 4-Day Option, where users have a period of ten days to use the pass. The pass ranges in price from ¥16,500 to ¥24,000. The JR East Pass (Tohoku) covers travel on JR trains in the northern regions of Japan.

Visitors can use the pass to reach Tokyo from either Haneda or Narita airport, then continue on to explore the Tohoku region. The pass can be used to explore the various summer festivals of Aomori and Akita, visit the onsen of Miyagi Prefecture, or explore the famous shrines and natural wonders of the UNESCO World Heritage Site of Nikko.

Visitors can use the pass to travel around Sendai and popular attractions as far as Yamagata's Yamadera temple and Miyagi's Matsushima coastal area too. Besides affordable travel, the pass also provides the opportunity to get discounted entry to many popular attractions.

The Sendai Area Pass is available as a one day pass. The JR East Pass for the Nagano and Niigata areas allows visitors to travel on all JR East trains in this resort-filled region of Japan.

Why not plan a wintry visit to the slopes with this flexible pass that can even be used on shinkansen from Tokyo. The pass even covers some travel in the neighboring Izu and Nikko regions, as well as the journey from either Narita or Haneda airport into central Tokyo. The JR East Pass is a flexible pass that can be used for five days in a 14-day period, and can be purchased both abroad (¥17,000) and upon arrival in Japan (¥18,000). The Tokyo Wide Pass is a useful option for visitors who aim to cover numerous destinations in the Tokyo region (Kanto area) over three consecutive days.

The pass allows for travel on a multitude of routes – from the JR East lines (including in unreserved cars of the shinkansen), the Izu Kyuko line, the Fujikyu Railway and several other private rail lines in and around Tokyo. The cost for the 3-day pass is ¥10,000. Perfect for travelers aiming to maximize their time in Japan’s capital, this pass allows unlimited travel on the nine Tokyo Metro lines for a period of 24 hours.

Riders can range from the bustling streets of Asakusa to the glitz of Ginza, from the gardens of the Imperial Palace to the trendy boutiques of Shibuya, all for the bargain price of ¥600. This combination pass allows riders to travel on all 13 of the city’s subway lines – the nine lines of the Tokyo Metro company and the four lines of the Toei Metro Company.

On this 24-hour ticket, it’s easier than ever to visit the up-and-coming areas of eastern Tokyo, the refined glamor of Ginza, the perpetually-exciting neighborhoods of Shibuya and Shinjuku or the quiet escapes of the northern part of the city. The Tokyo Metro and Toei Subway 1-Day Pass costs ¥1000. For those who don’t like to be tied to a single train company, this is the most comprehensive pass available for the Tokyo metropolitan area.

Users can travel on all Tokyo Metro and Toei subway trains as well as JR trains such as the Yamanote and Chuo lines. The ticket can also be used on the Toden streetcar and the Nippori-Toneri liner. The 1-day combination ticket costs ¥1590. The Hakone Free Pass is sold by the Odakyu train company for travel to and around the Hakone region.

The Hakone Free Pass is sold in increments of 2 days or 3 days and can be purchased from the Odakyu information counters in Shinjuku, Odawara or Hakone-Yumoto. The Kansai Thru Pass gives visitors comprehensive access to major sightseeing destinations in the Kansai region, including Osaka, Kyoto, Nara, Kobe and even the mountaintop temple complex of Koyasan.

The pass can be used on nearly all public and private rail companies, as well as on subways and buses in the individual cities. The Kansai Thru Pass is offered in both 2 day (¥4000) and 3 day options (¥5200). Unlike many other rail passes, the Thru Pass does NOT have to be used consecutively. Purchasers will be given a set of dates within which they can use the pass.

The Kyoto Bus and Subway pass is designed to be used on any Kyoto Bus and City Bus routes, as well as on Kyoto’s two municipal subway lines.

The pass carries certain geographical limitations, but covers the majority of Kyoto’s best-known sights. The pass is sold in 1-day (¥1200) and 2-day (¥2000) options. This pass can be used on Hiroshima’s streetcar system over a period of 24 hours.

Passes can be bought and used at a later date, as the validity is good for whatever date the user scratches off on the back of the card. The Hiroshima Streetcar connects many of Hiroshima’s major spots, from the JR train station to the Genbaku Dome (A-Bomb Dome). Passes can be purchased from the Hiroshima station, from many major hotels in the city, and from conductors onboard the streetcars themselves. The cost is ¥600. This pass combines the regular streetcar pass – which is good for use on any of Hiroshima’s streetcar lines – with a round-trip ferry ticket to and from Miyajima.

The ticket must be used over one calendar day and does not apply for overnight stays on the island. The cost is ¥840.

Discover a new way to explore the best of Japan by bullet train. 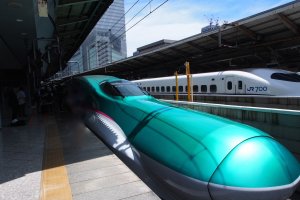 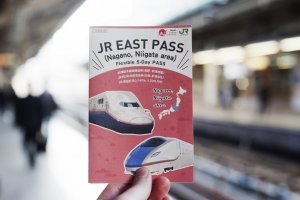 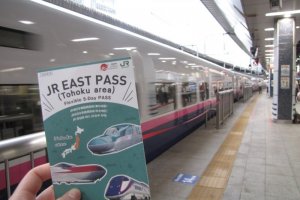 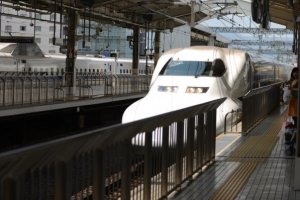 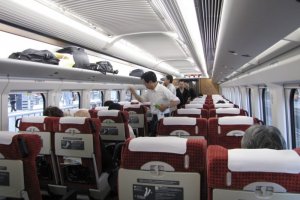 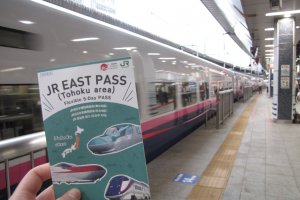 viv yentzer a year ago
When are the cherry blossoms in bloom? How much is US dollars is a round trip train ticket to Kyoto & back to Tokyo 2 days later? Thank you.
Reply Show all 0 replies

Joseph Bautista 3 years ago
This article is really useful for next trip plannings!
Reply Show all 0 replies
2 comments in total
Back to Contents