Hokkaido is Japan's largest prefecture based on land size, and it's a popular destination for winter sports and year-round nature activities. If you're traveling the area by train in the future, the region is also home to some fun train stations to add to your itinerary – this guide covers five of them!

In operation since 1925, Yamubetsu Station is part of the Senmō Main Line. What makes the station building unique is that it's occupied by a ramen restaurant, which is also where you obtain your tickets.

While the station building itself may look like any modern station across the country, Wakkanai holds a special title – it's the country's northernmost train stop. Wakkanai is also home to a ferry terminal which offers services to Rishiri and Rebun Islands, two destinations that are popular with nature lovers.

For those who like color and art, Biruwa Station is a fun stop. Served by the Senmō Main Line, the unmanned station building is made from an old freight car and is decorated with murals that change on a regular basis.

Part of the now closed Hiroo Line, Kofuku Station has remained as a popular tourist spot owing to its name. Kofuku translates to happiness in Japanese, and visitors to the station can write their wishes for happiness on a sticky note and affix it to the building. There is also a bell that can be rung for good luck!

Served by the Muroran Main Line, Koboro Station is regarded as the most secluded station in Japan. It sits between two large tunnels, with no stores or houses nearby – there isn't even road access to the station area. Being bordered on three sides by steep slopes and on one side by the sea adds to the remote feeling. 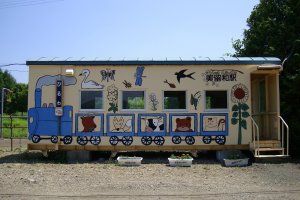 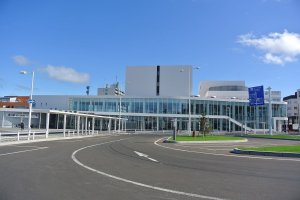 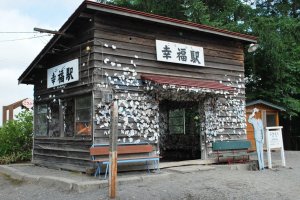 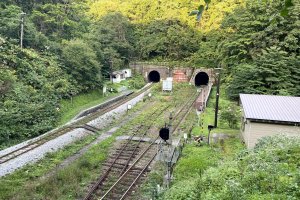 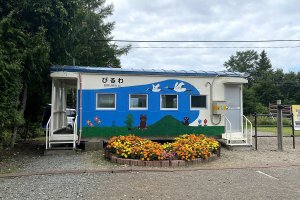 Sander van Werkhoven a month ago
I spotted two of those from the train: Biruwa and Koboro. It makes you wonder why it even exists, as there really is nothing there. Which means I just have to go there some day...
Reply Show all 1 replies

Sleiman Azizi a month ago
There's an appeal that is magnetic with such places.
Reply
2 comments in total
Back to Contents