Try unagi, or eel, to give yourself some added stamina

In many parts of the world, giving yourself an energy boost on long hot summer days might involve a giant iced frappuccino or a can or two of cold Red Bull. Japan has other ideas, with a food that’s said to give those who eat it some extra stamina to battle the season's heat and humidity.

The magic food is unagi, or eel, and there are numerous spots to try it across Tokyo. Here are three of the best where you can give it a whirl and combat the dog days of summer in the process.

Situated under 10 minutes on foot from Akasaka Station is Unagi Akasaka Sekine, a restaurant so well regarded for their eel that you require a reservation to get in. That’s right – there’s no turning up unannounced on the day or even waiting in line.

It’s rather pricey, with set menus of about 6 to 8 dishes running at approximately ¥16,000 – but many would say it's worth it, as the restaurant has been awarded a Michelin Star for their efforts. The unagi in the set meals is showcased in a variety of different ways, with everything from unagi simply grilled with salt and a side serving of wasabi, through to skewers of it coated in a thick, sweet sauce.

Spent some time admiring the view from Tokyo Skytree, and looking for a place to fill your belly? Unazen is located eight minutes walk from Skytree itself, and they serve their unagi in the freshest possible way – the chef only starts cutting them up once you order. Because of that, it’s not a place to go if you’re short on time, considering it takes about 45 minutes to an hour from preparation to being served up at your table. However, it’s worth clearing your schedule and sticking around, as their unadon (unagi served over rice) is some of the best you’ll find anywhere in the city.

If you need a way to while away the time as you’re waiting for your food, they’ve got plenty of beer and sake varieties on their menu to enjoy.

Unagi Hashimoto is only three minutes from the Edogawabashi Station, and they’ve been around since 1835 - if you’ve been in business for the better part of 200 years, you know that you’re doing something right. They say that the delicious flavor of their unagi here comes down to two main factors: they tenderize it during the grilling process, and they serve it up with their special unagi sauce, made from a recipe that has been passed down through numerous generations.

The prices here are also quite reasonable in comparison to many other unagi spots. Their set course which comes with a small unadon, yakitori skewers, eel’s liver soup, tamagoyaki (an egg roll, similar to an omelet), and pickled veggies coming in at a touch over ¥ 6000. 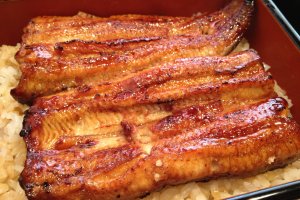 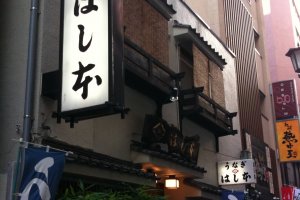