From pottery and bamboo to gold and paper, the craft traditions of Japan's Chubu region date as far back as the eighth century and feature a plethora of designs and sensibilities. Aichi prefecture is home to a twelfth century pottery tradition, Gifu's famous lanterns are a study in elegance, the gold leaf heritage is a stunning display from Ishikawa prefecture while Toyama prefecture features traditional paper. Here is a simple introduction to these and other traditional crafts found in the Chubu region.

With various hand-twisting and pressing techniques dating back to the twelfth century, Tokoname ware from Aichi prefecture is the most widespread of Japan's pottery traditions. Along with iron-rich clay that gives the final product a reddish-brown finish, Tokoname ware is also used in both building materials and tableware, making it a traditional craft that is versatile and beautiful..

Fukui prefecture's Echizen uchihamono are blades and sickles made from special techniques unique to each blade style. Requiring a lot of energy to synthesise together, in the case of blades, two metal layers are thinned out and merged while sickles undergo a rotated joining technique. The blades are not only thin but naturally quite sharp.

Generally egg-shaped and made with the region's famous Mino washi paper and local bamboo strips, Gifu prefecture's Gifu chochin lanterns are light, elegant and beautiful. Often illustrated with scenes straight out of Japanese history, the lanterns were traditionally lit by candle and used during summer's Obon Festival period.

Ishikawa prefecture's Kanazawa haku gold leaf craft is a five hundred year old tradition that is as gorgeous as it is old. The ultra paper thin-like sheets of gold that were once crafted in secrecy are used to enhance the qualities of other crafts; anything from armour and jewellery to even ice cream and tatami flooring.

With each area of Nagano prefecture home to its own unique styles and techniques, the Shinshu tsumugi silk of the area is replete with character. Using natural plant dyes and hand-weaving techniques, Shinsu tsumugi is characterised by the uniqueness of each fabric - no pieces of cloth are ever the same in either texture or colour.

Crafted from the local ramie plant in Niigata prefecture, Ojiya chijimi textiles are known for a rugged texture to the fabric and the resulting breathability. This means that the fabric is popular as yukata or kimono during the humid summers - ironic because the crafting process relies on Niigata's famous snow climate and humidity for its creation.

Suruga hinagu doll accessories are an extraordinarily detailed craft from Shizuoka prefecture. Unique in that every doll accessory, including furniture, is handcrafted in the exact same fashion as that used for life-sized objects, Suruga hinagu includes a whole raft of traditional skills including lacquerware, joinery and metalworking.

With a history reaching back into the eighth century, the traditional Japanese washi paper in Toyama prefecture is known as Echu washi. Slight variations between the various production sites in Toyama sees this relatively solid paper used for different purposes like calligraphy writing and even shoji sliding doors.

Known as Koshu inden, Yamanashi prefecture's lacquered deer leather tradition date back to the fifteenth century. Combing leatherworking and lacquerware skills, the resulting soft, light and durable material was originally worn by samurai as part of their armour. Modern usage has seen the leather turned to more sophisticated accessories. 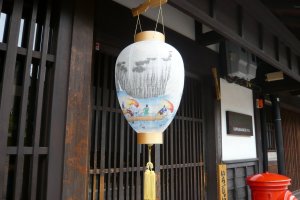 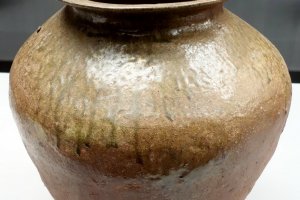 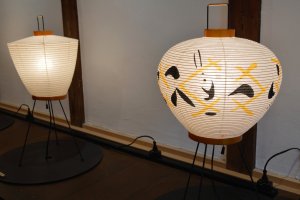 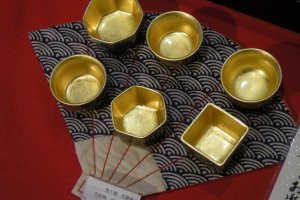 Elizabeth S a month ago
The gold leaf and lacquerware in Wajima is fabulous. It's a bit overwhelming to see so many gold surfaces in one place, but each object is tatseful. They're affordable, too. I got little items like trinket boxes and handmirrors.
Reply Show all 1 replies

Kim B a month ago
One of the first place I visited when I first moved to Japan was Kanazawa. Love all the gold leaf pieces!
Reply Show all 1 replies

Sleiman Azizi Author a month ago
They certainly are impressive.
Reply

Sander van Werkhoven a month ago
A few years ago I visited Mino-shi, but unfortunately exactly on the one day of the week almost everything was closed. Luckily still got to see some of their paperwork, pretty impressive!
Reply Show all 1 replies

Sleiman Azizi Author a month ago
Oh, how annoying would thst have been!
Reply

Elena Lisina a month ago
Japanese lanterns are a miracle for me!
Reply Show all 2 replies

Elena Lisina a month ago
Yes, and I wonder how they stand fire?
Reply
9 comments in total
Back to Contents