One of Japan's most vibrant and popular regions, Kyushu's eight prefectures - Fukuoka, Kagoshima, Kumamoto, Miyazaki, Nagasaki, Oita, Okinawa and Saga - are home to an impressive variety of traditional crafts. Narrowing down an introductory list is no easy task but beautifully simple bamboo designs, clay dolls, iron-rich pottery and tortoise shell crafts are hard to go past. Here is a simple introduction to some of the traditional crafts of Kyushu.

Made from unglazed clay in Fukuoka prefecture, Hakata ningyo dolls have traditionally been gentle, subdued and yet somehow quite expressive in appearance. The dolls, often based on character types from Japan's classical theatre arts and literature, are now being created in a much more diverse style, including seasonal hina dolls as well as good-fortune deities and animals.

One hundred percent silk, the Honba Oshima tumugi textiles of Kagoshima prefecture are all handmade on individual looms. Their distinctive mellow tones come courtesy of natural dyes used that incudes mud rich in iron. Slow to wrinkle and and exceedingly light, new colours and shades are being created for the modern market..

A style of pottery that delivers a strong form with bold designs, Kumamoto prefecture's Shodai-yaki makes use of a local clay rich in iron. To create the pottery's well respected colouring, the ash of straw or bamboo is used for maximum effect. Resilient with an intriguingly hypnotic feel, Shodai-yaki has become popular as a practical pottery for everyday use.

Miyzaki prefecture's recognised traditional craft is the extremely powerful Miyakonojo-daikyu longbow. Made from bamboo sourced from the local area, these longbows are some two metres in length and crafted with elegant lines. Featuring buckskin grips, the bows boast exceptional range and accuracy.

The bekko tortoise shell craft of Nagasaki prefecture sees techniques unique to the area used to sculpt the various colours and textures of tortoise shell into many different products and accessories. International restrictions on the trade of certain tortoises has seen the craft change over the decades with efforts to use sustainable shells.

In spite of an amazing array of traditional textiles, Okinawa prefecture is also home to to some incredible pottery crafts. Tsuboya-yaki is one such craft, distinguished by its unique decorative enamel-based style that moved from being made for everyday folk, then promoted for the well-to-do before returning back to its origins.

Saga prefecture's Karatsu-yaki is a style of pottery that was historically made for tea. The style is considered an excellent representative of Japan's famous wabi-sabi aesthetic where its often coarse and simple look is said to exemplify impermanence and a sense of incompleteness. 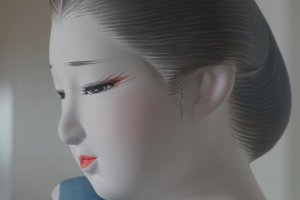 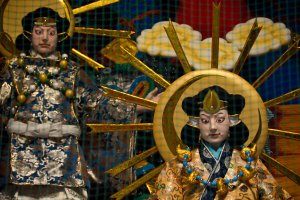 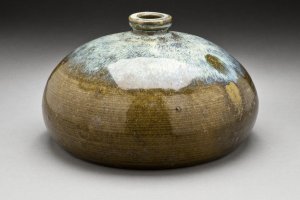 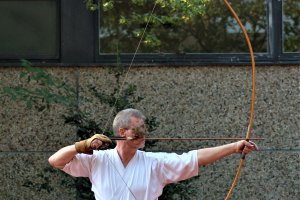 Sander van Werkhoven a month ago
About the Tsuboya-yaki, there's a nice museum about that right in the middel of Naha city. And a lot of interesting shops in the area around it.
Reply Show all 0 replies

Elena Lisina a month ago
Hakata dolls vary by price and some are not too expensive.
Reply Show all 2 replies

Sleiman Azizi Author a month ago
You like the dolls, right?
Reply

Elena Lisina a month ago
I used to be involved in 'doll' activity as a collector, an artist and etc. :) Though I had to sell my doll collection, I couldn't part with Japanese dolls and still keep them.
Reply

Kim B a month ago
All are beautiful, but I am really drawn to the bamboo crafts. I feel like they'd be lovely as wall decor!
Reply Show all 3 replies

Sleiman Azizi Author a month ago
I think bamboo is far too underutilised.
Reply

Elizabeth S a month ago
I've started to gravitate to bamboo utensils. They're quite durable. Those coasters are practical, too, probably keeping condensation off surfaces. Clever.
Reply

Kim B a month ago
Super eco friendly too because it grows so fast!
Reply
8 comments in total
Back to Contents